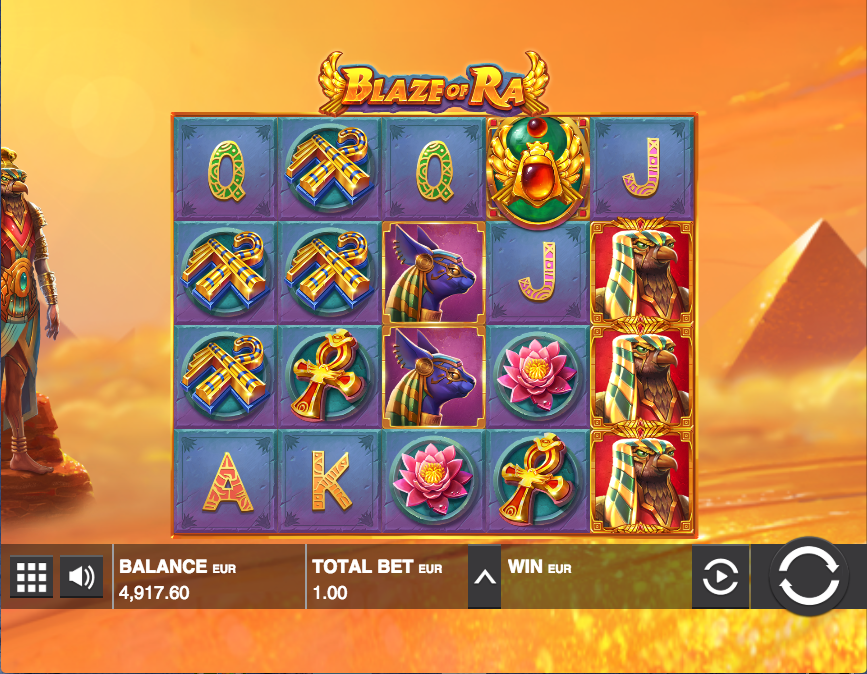 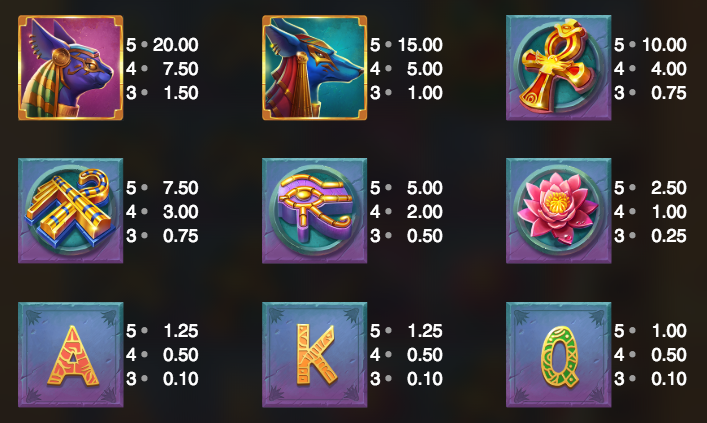 Best known as the Ancient Egyptian god of the sun, Ra’s sphere of godly influence increased over time as he become one of the more powerful deities of this era; Blaze of Ra is an online slot from Push Gaming themed on this character and it comes with nudging wilds and free spins.

Blaze of Ra is a five reel slot with four rows and forty fixed paylines; behind those blocky reels we can observe Ra on the left hand side, standing on a rocky outcrop as plumes of sand blow across the scene. Huge pyramids are visible in the background.

The higher value symbols include representations of various gods including Bastet and Osiris (we think), a golden ankh, Ra’s staff, the Eye of Ra and a lotus flower; J, Q, K and A are the lower values.

Ra is wild and he will replace all others to help form winning combinations except for the golden scarab scatter scatter symbol.

The wild symbol (Ra) appears stacked on the reels and each time at least one of these symbols lands on the top two rows of a reel, the Nudging Wilds are triggered. The stack of wilds will nudge down two positions for the next spin, after which any new wins are evaluated.

This is triggered by landing at least three golden scarab scatter symbols anywhere in view; those symbol will now reveal either one or two spins each so there’s a maximum of ten spins available. Each scarab which lands during this round will award extra spins.

Reels one, three and five are completely filled with Ra wild symbols for the duration of the free spins.

Push Gaming make some very playable slots and Blaze of Ra is no exception; it’s a high quality game with features which hit regularly, especially the Nudging Wilds. It’s certainly recommended by us and it comes with an RTP of 96.40%.