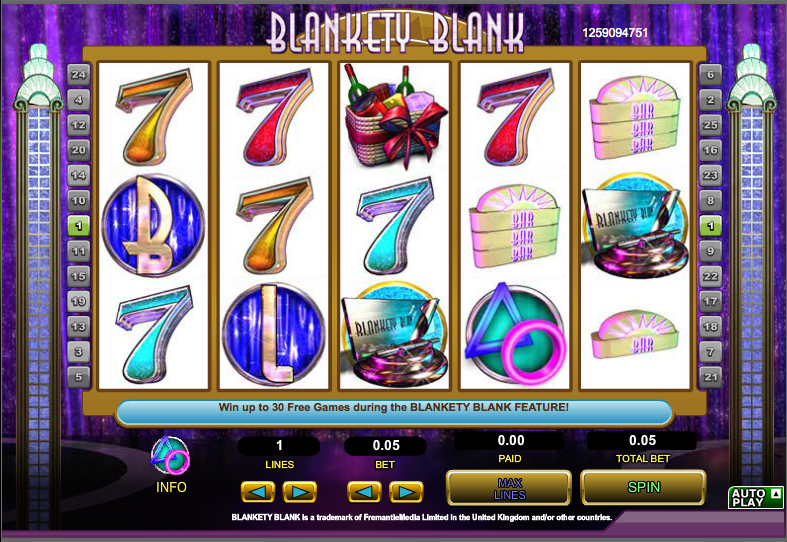 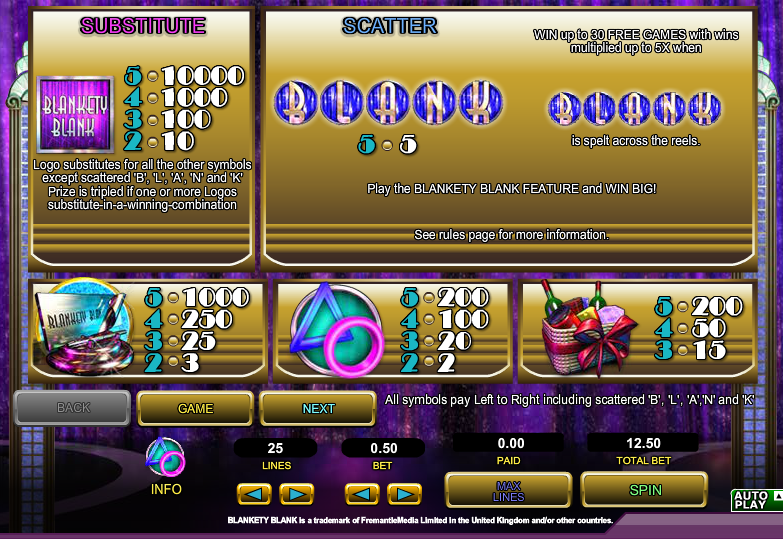 It seems strange to think that there was once a television game show called Blankety Blank but that was indeed the case; it ran from 1979 until 1990 on British television and was without doubt very popular. Terry Wogan and Les Dawson were the hosts and contestants had to match their answers to those provided by a panel of celebrities.  Random Logic have now used the format to produce an online slot with the same title and a lot of fun it is too.

Blankety Blank features twenty five paylines spread over five reels and everything is set against the backdrop of a television studio; some traditional slots icons such as bars and sevens make up most of the symbols but there’s also a prize hamper, the triangle/circle logo and of course the Blankety Blank cheque book and pen.

The game’s logo is wild and worth up to 10,000 coins while the letters B, L, A, N and K are the scatter symbols which activate the bonus feature.

If you remember the television show this will all seem familiar to you; you need to land the letters B, L, A, N and K on the reels in the same spin and the game will begin. It’s in three parts as follows:

Firstly, keep the sound on for a televisual blast from the past; as far as gameplay goes, low rollers can play with tiny stakes and minimum paylines as the scatter symbols will be active anyhow.  The prizes will be proportionately less though.

This game retains the feel of the television show and that’s always a good thing – there’s only one bonus feature but you get to play a bit of the game when partaking.  Overall it’s one to recommend.