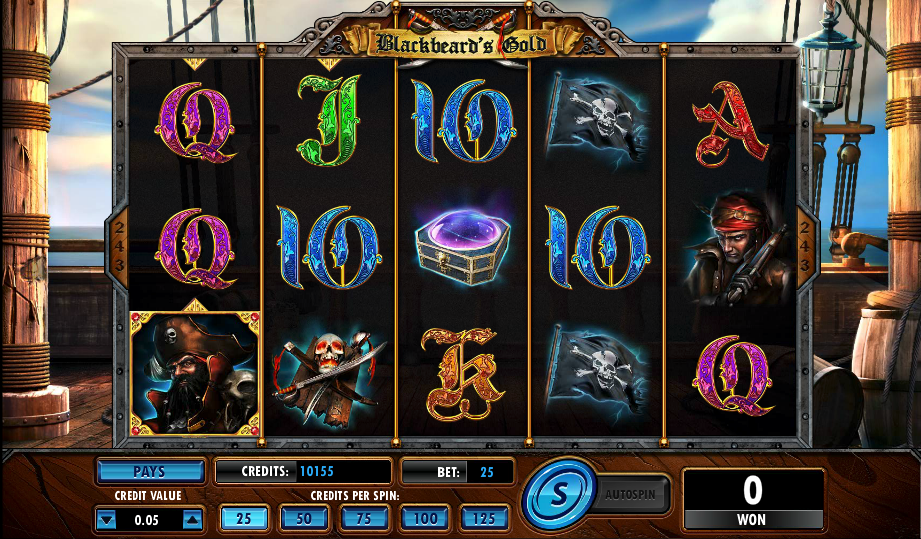 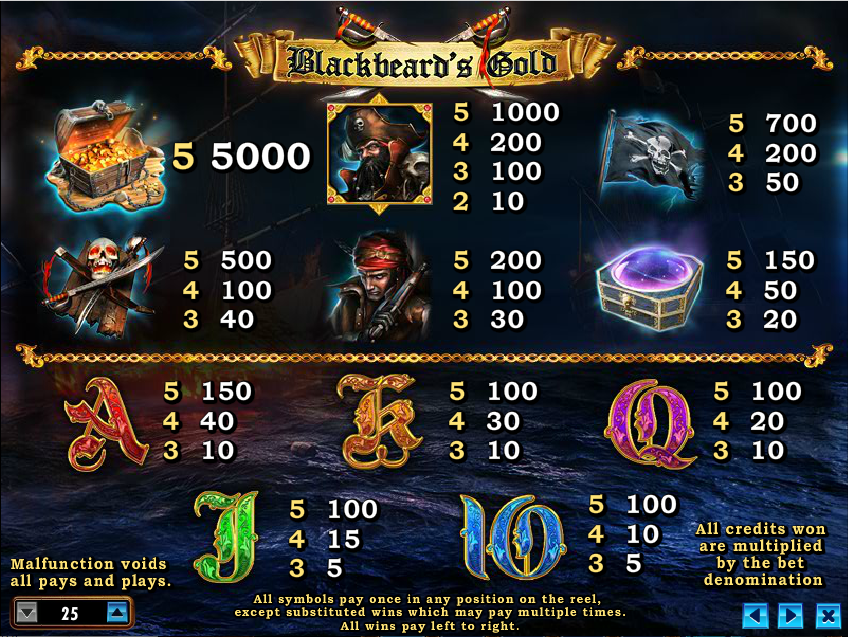 Edward Teach seems to be the name settled upon by most authorities as the most likely real name of Blackbeard, the fearsome 18th century privateer and pirate who terrorised the Caribbean before his violent death in 1718. Blackbeard’s Gold is an online slot from Amaya Gaming which showcases this character along with several bonus features.

Blackbeard’s Gold is a five reel slot with three and 243 ways to win – there are no paylines and landing matching symbols from left to right will result in a payout. The metallic-framed reels spin against a backdrop of Blackbeard’s ship (presumably Queen Anne’s Revenge) sailing on a calm sea under Caribbean skies.

There are six high value symbols including a pirate flag, a glowing skull/cutlass, another pirate and a mystical-looking compass. 10, J, Q, K and A are the lower values.

The treasure chest is wild, Blackbeard himself is the scatter and the three ships – the Revenge, the Victory and the Galleon – all play a part in the features.

Blackbeard is of course the scatter symbols but if you can land three or more of  him anywhere in view, those symbols will all turn wild and the payouts will be reevaluated. This can result in some big wins. 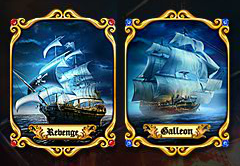 This is triggered when the Revenge ship appears on reel one and the Galleon on reel five. Initially you will be asked to pick one of the five treasure chests on display which will determine the following free spins award:

More spins can be re-triggered by landing the ships again during this round. 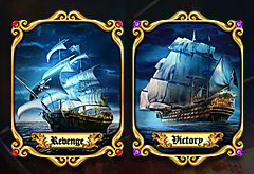 Trigger this by landing the Revenge ship in reel one and the Victory on reel five. Now you must pick from one of the five chests on offer to determine the award which is a mix of the following:

On each spin up to three reels (excluding reel one) may turn completely wild (as you can see from the gameplay video above).

This feature can be re-triggered by landing the correct ships again during this round.

Blackbeard’s Gold is good stuff and we found the various features easy to trigger during our testing period. The graphics are of a high quality and the various nautical sound effects are quite entertaining.