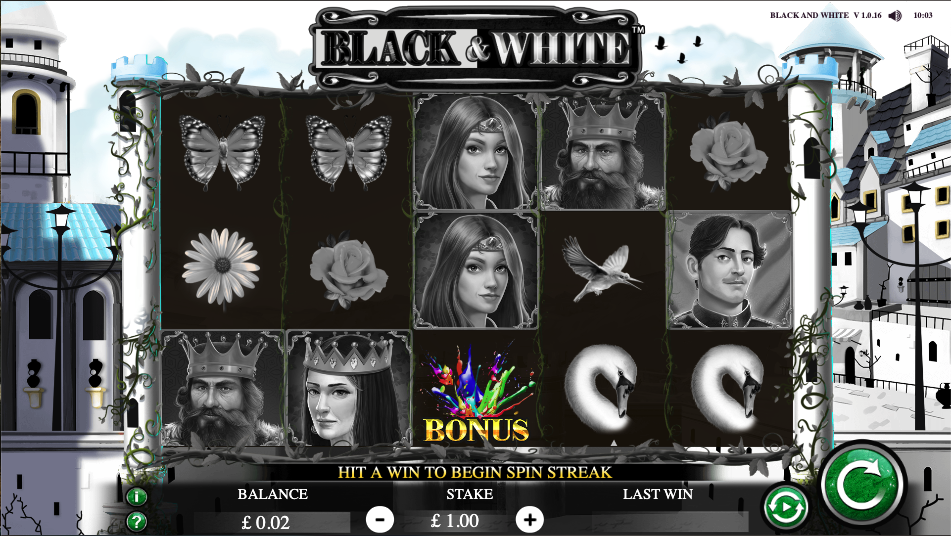 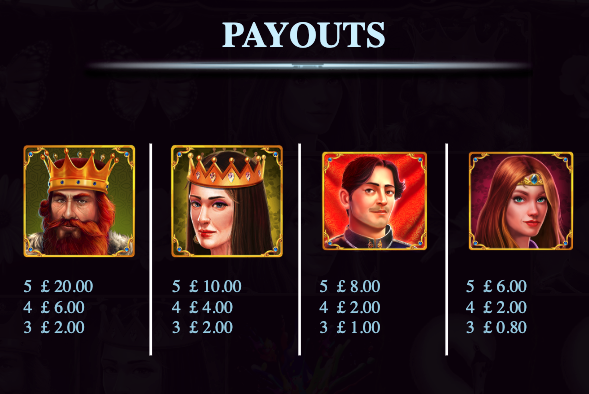 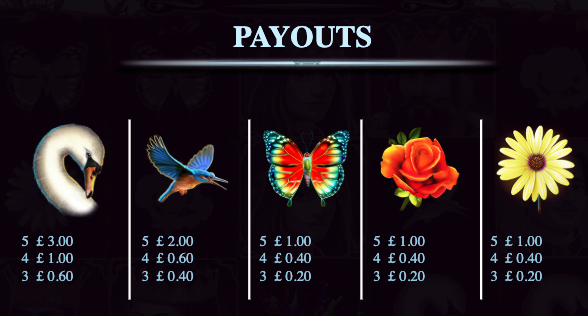 As we all know the world before a certain period was lived completely in black and white – it was only colour television which banished the monochrome days and ushered in an era of technicolour wonder; Black & White is an online slot from Leander Games which takes us back to mediaeval times and offers lots of colour-themed bonus features.

Black & White is a five reel slot with three rows and twenty five fixed paylines in the base game; the walls and ramparts of the well-kept castle form the backdrop to what are initially colourless reels.

All the symbols are related to the theme and include the king, the queen, the prince and princess, the swan, the bird, the butterfly, the rose and the flower.

The castle is wild and it will replace all standard symbols to help form winning combinations; the splash of colour is the scatter symbol.

This is triggered whenever a three-of-a-kind win lands in the base game and those winning symbols will lock in place while all other reel positions respin until a more valuable win is earned.

During this round an extra Black & White symbol is in play and on every fifth appearance an extra reel position is unlocked and another spin awarded; the first five extra positions equate to two extra paylines each while the next five unlock three extra paylines.

Black & White is rather an odd slot with some features which seem slightly over-complicated but we like the contrast between colour and shades of grey; the graphics are little basic but overall this is a game worth checking out – if only for a little while.