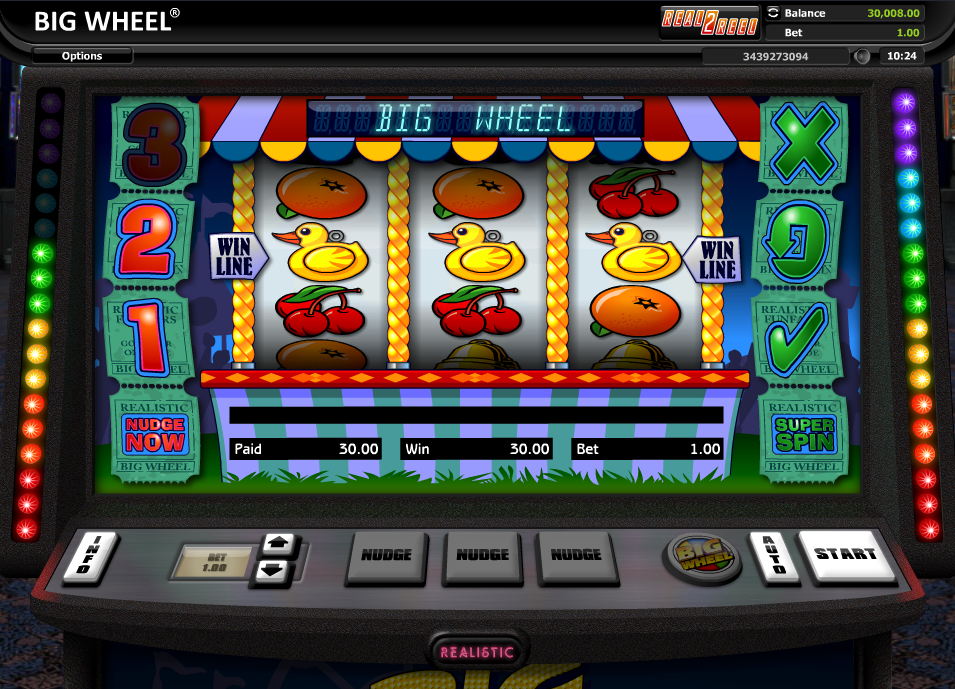 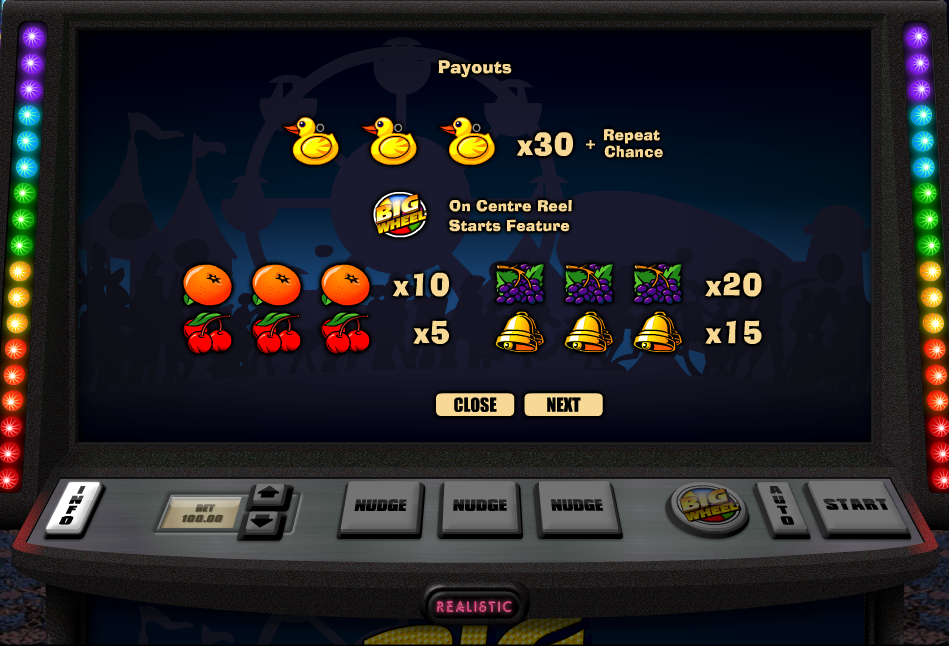 If you’d like to get a sense of playing a physical slot machine while sitting in the comfort of your own home then Realistic Games have probably got something to offer; here it’s Big Wheel, a colourful game in a traditional style but with one or two added extras to mix things up a little – read more about it below.

Big Wheel is a three reel slot with three rows and just one payline so there’s nothing to confusing here; make your browser window as big as possible and you’ll get to see not just this slot but also the interior of a casino complete with sticky carpets and neon lights.

There are just six main symbols here and they include the ducks, oranges, cherries, grapes and bells.

The only special symbol is the Big Wheel icon which appears on reel three and is the key to the main feature.

This is triggered every time the Big Wheel symbol lands on the payline on the centre reel; just press the flashing Big Wheel button below the reels and the wheel above the machine will spin to reveal one of the following awards:

If the Big Wheel symbol lands above or below the win line you will be asked to press the Big Wheel button which can move the symbol onto that payline.

The ‘nudge’ lights to the left of the reels will tell you that up to three nudges can be randomly awarded on each spin; use Auto Nudge to get the best possible win. If a nudge doesn’t result in a win you may be awarded the Crazy Reels feature (see above) or the Super Spin for a guaranteed win.

Big Wheel combines a realistic casino environment with some traditional gameplay and a wide choice of bonus features and the result is a really entertaining slot which is suitable for all players – check it out. It comes with an RTP of 95.23%.