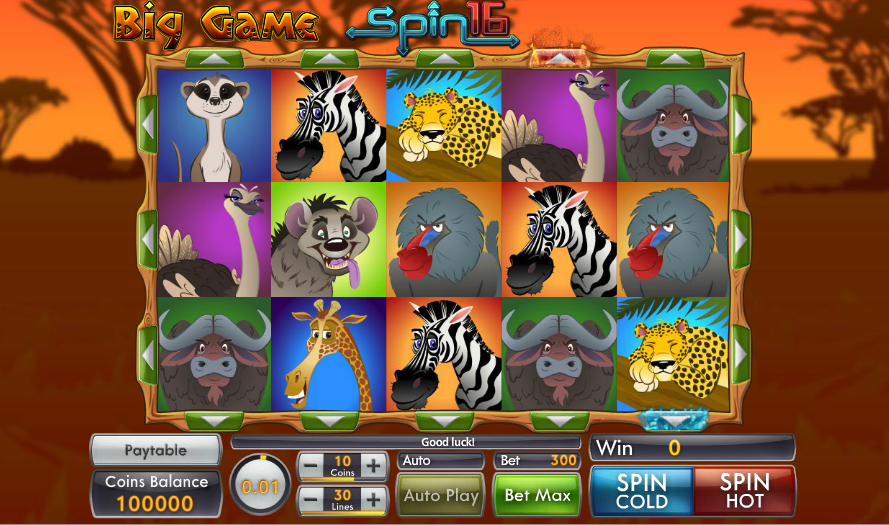 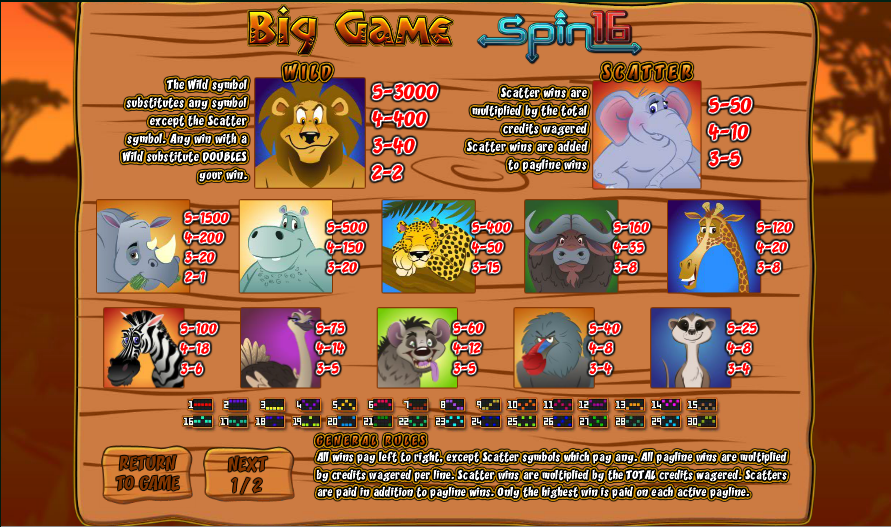 The jungle drums, the dry heat and the vast plains of Africa are our destination now as we take another virtual journey to the sun-baked savannahs in the hope of spotting some wild animals; the name of this online slot is Big Game Spin 16, it’s developed by Genii and comes with their clever gameplay mechanic which you read about below.

Big Game Spin 16 is a five reel slot with three rows and up to thirty paylines; those aforementioned drums accompany your spins on a wooden set of reels which float against a backdrop of the sun setting over a parched landscape.

All the symbols are cheerful animals and they include a rhinoceros, a hippopotamus, a tiger, a wildebeest, a giraffe, a zebra, an ostrich, a hyena, a baboon and of course  meerkat.

The lion is appropriately wild and he will substitute for all others to help form winning combinations except for the elephant scatter symbol.

This is the only extra feature in Big Game and it allows players to spin the reels in different directions just by clicking whichever green arrow you like the look of; a green arrow will then rotate around the reels during the spin and it will award a multiplier of up to 10x depending on how it lands in relation to the arrow you picked.

The ‘Spin Hot’ and ‘Spin Cold’ buttons allow you to spin the same reels which recently been successful (or not).

Even if Spin 16 never catches on with other developers it’s an interesting concept which fundamentally alters the gameplay on the slots which use it; Big Game Spin 16 is certainly worth a go if you’d like to try it out.