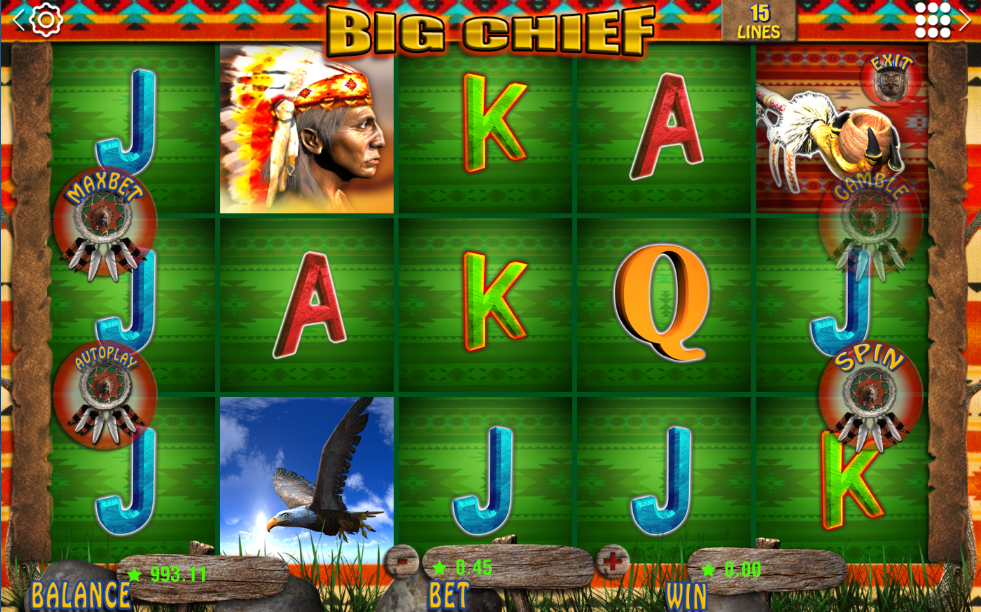 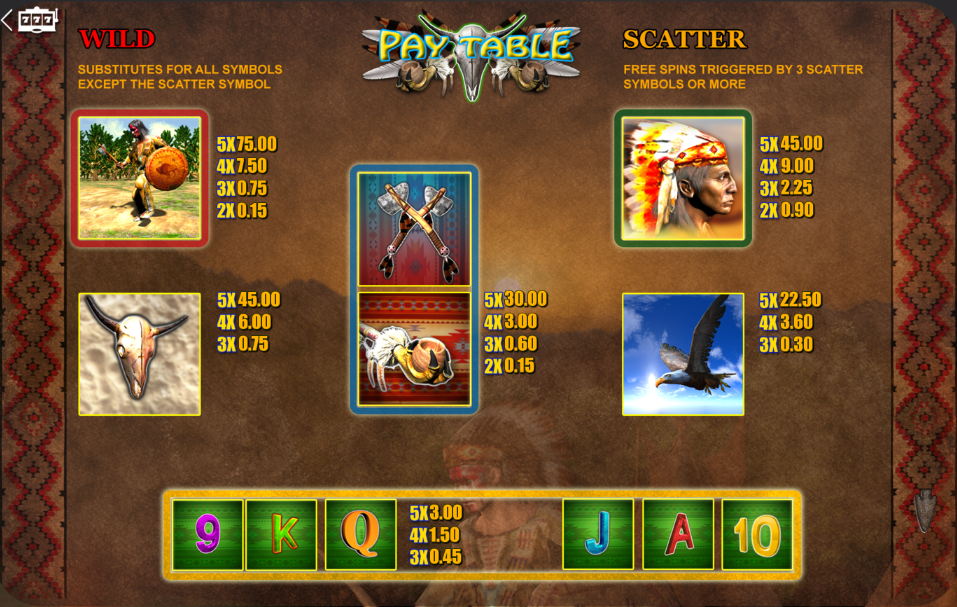 There was a time several hundred years ago when Native Americans roamed the plains of North America and buffalo grazed in their millions across the wide grassy plains; this era provides the theme for Big Chief, an online slot which celebrates that traditional culture. This game offers free spins as the bonus feature and it’s all described in more detail below.

Big Chief is a five reel slot with three rows and up to fifteen paylines; those reels spin within a partially wooden frame and we can see the lower half of the chief in mid-dance at the bottom of the screen. There’s a rhythmic drum soundtrack which accompanies the gameplay nicely.

There are four high value symbols which comprise a bleached animal skull, a pair of hatchets, a pipe of peace and a soaring eagle; 9, 10, J, Q, K and A make up the lower values.

The dancing chief himself is the wild symbol and he’ll replace all others to form a winning combo except the headshot of the chief – that’s the scatter which activates the main feature.

Each win can be gambled by clicking the ‘Gamble’ button beside the reels; this is a ‘heads or tails’ game in which you can double your money with each correct choice. Ten wins in a row is the limit but a wrong guess will lose it all.

Big Chief is a relatively simple slot with some nicely animated graphics when you land a winning combination; hit the free spins round and you should be rewarded with some big wins.