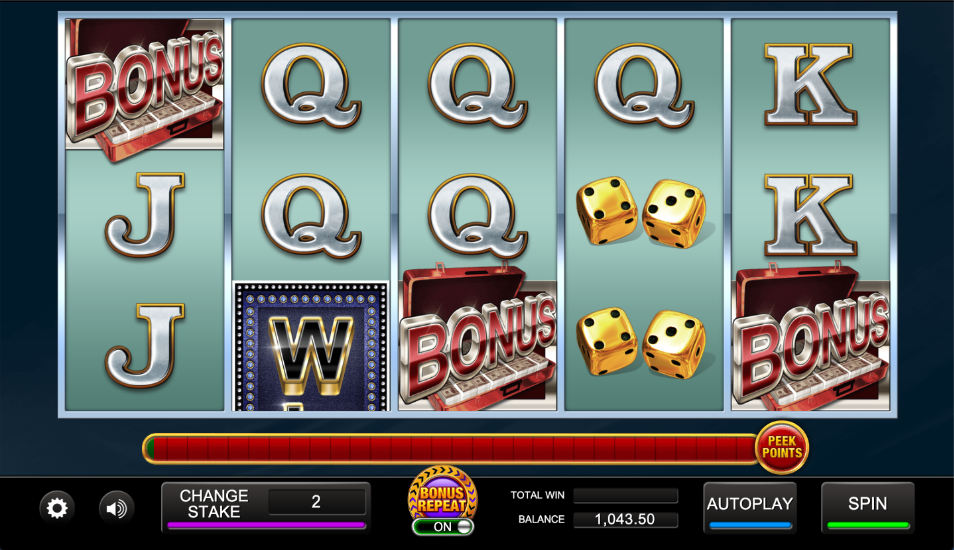 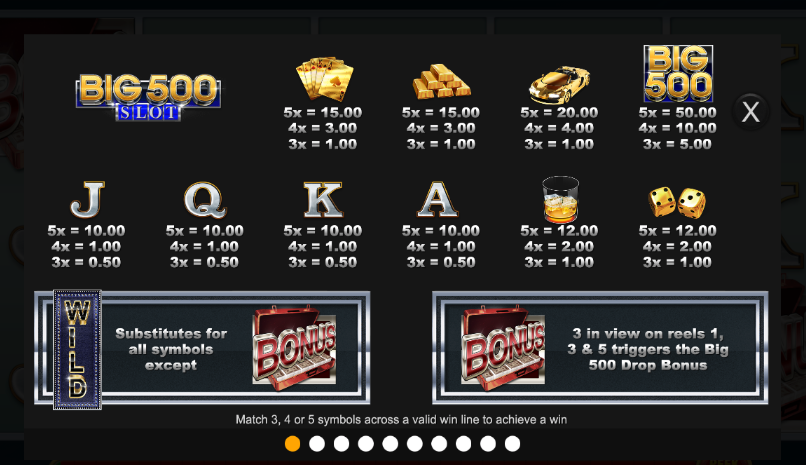 We enjoy television game shows and we like online slots which means that a game such as Big 500 should be right up our alley; it’s developed by Inspired Gaming and it comes with a bonus feature reminiscent of the rather tedious Million Pound Drop – keep reading to find out more.

Big 500 is a five reel slot with three rows and ten fixed paylines; the design is quite basic with the symbols spinning within a plain silver frame against a dark, blue background.

The high value symbols include the Big 500 logo, gold playing cards, a stack of gold bars, a golden car, a pair of gold dice and a measure of whisky on the rocks (not gold); J, Q, K and A make up the lower values.

The wild is a shimmering, gold-fringed wild which appears on reels two, three and four in the base game  and which will substitute for all others to help form winning combos except for the briefcase bonus symbol.

This is triggered by landing three of the briefcase bonus symbols anywhere on reels one, three and five; you’ll now get to play one of four Drop games, each with three rounds in which you must spread the prize amount across four positions, two positions and two positions respectively. One or more positions will be a winner in each round and the amount there will be taken forward to the next round. The four possible starting states are:

Any amount remaining after the third round is yours to keep and even if you lose it all there’s a small consolation prize.

If you select the Bonus Repeat option below the reels your stake will be doubled but you’ll get to play the bonus twice.

As you spin the reels the Peek Points meter under the reels will slowly fill up; each time it fills one position will be removed from the round one positions when the bonus is triggered.

Big 500 may look a bit basic but it’s a slot which comes with plenty of excitement in the bonus round and a chance to repeat it for those who are happy to double their stake; in addition the Peek Points are an added reason to play for a bit longer.