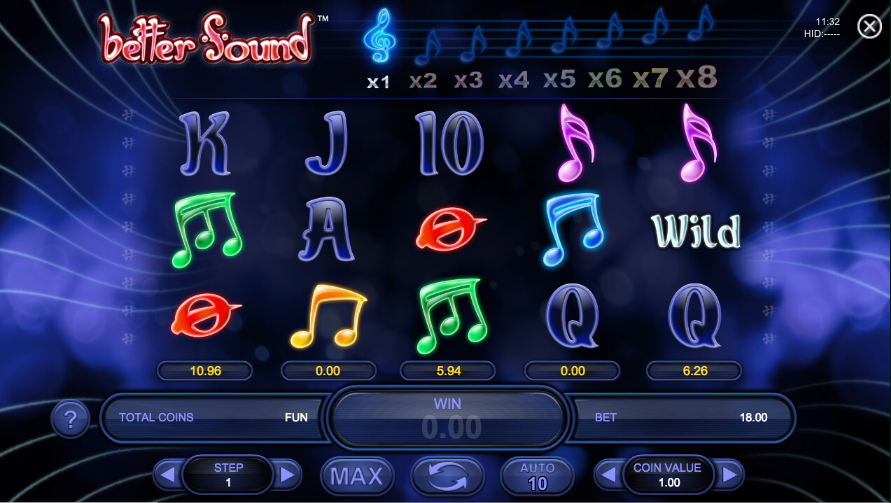 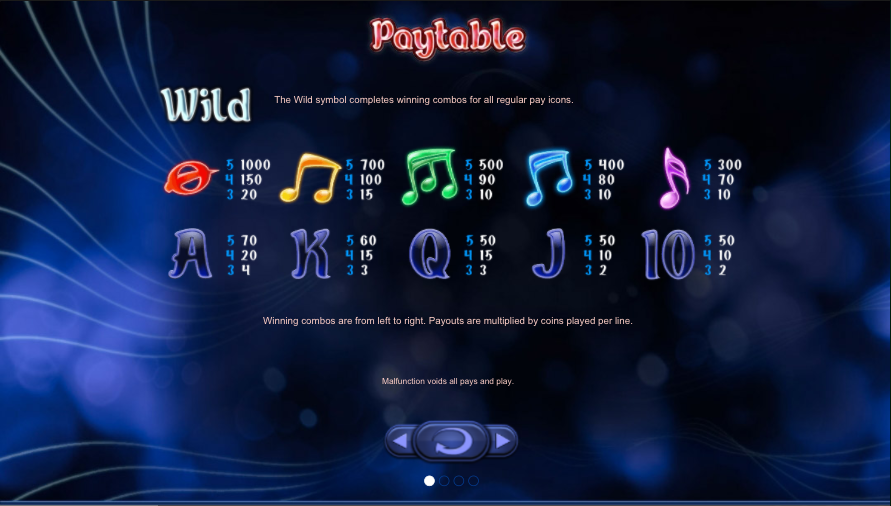 Every audiophile will tell you that what he or she always wants is better sound but in the world of online slot machines ‘Better Sound’ is the name of a game developed by Espresso Games with two bonus features and a relaxing soundtrack – read all about it here.

Better Sound is a five reel slot with three rows and eighteen fixed paylines; there’s a lovely design to this game which sees the transparent reels spin against a backdrop of hazy blue lines and clouds. The background music is unobtrusive and accompanies the gameplay nicely.

The high value symbols include four coloured musical notes (yellow, green, blue and pink) along with a red one we’re not quite sure of; 10, J, Q, K and A make up the lower values.

The wild symbol is a simple ‘Wild’ will substitute for all the symbols above to form a winning combo.

This is a simple but well-thought out feature which occurs on each winning spin; your first win will come with a multiplier of 1x but each successive win will increase that multiplier by 1x up to a maximum of 8x – you can see the progression on the chart above the reels. When there are no more wins the multiplier resets back to 1x.

Better Sound is a great slot to play because of the creative bonus features and the relaxing background music – it seems easy to win money on this game but maybe we were just fortunate.