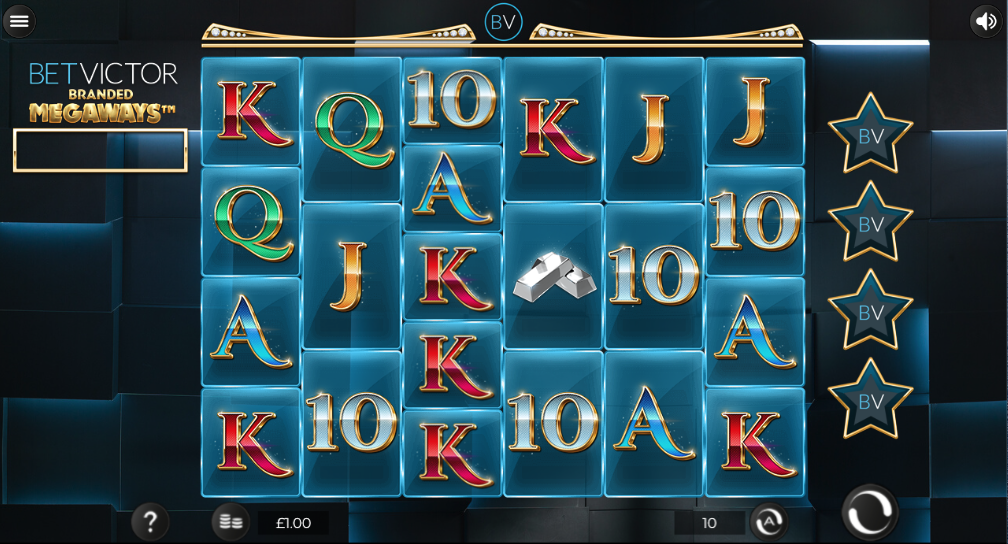 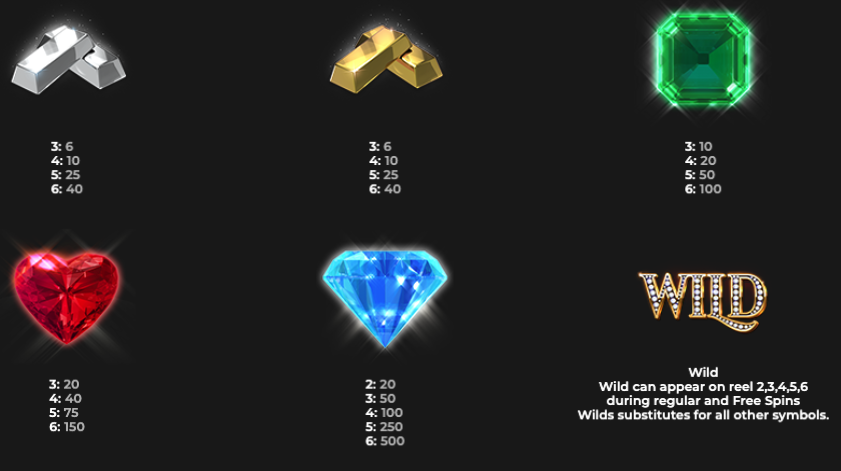 If you already play your casino games at Bet Victor casino (and why wouldn’t you?) then you’re in a prime position to try out this online slot designed only to be played here; it’s called Bet Victor – Branded Megaways and aside from the company livery it offers free spins and more than one hundred thousand paylines.

Bet Victor – Branded Megaways is a six reel slot with up to seven rows and it’s this Megaways payline structure which can result in 117,649 ways to win when there are seven rows on each reel.

Sparkling gems in blue, red and green, along with gold and silver ingots represent the high value symbols while 10, J, Q, K and A make up the lower values.

The glittery wild appears on reels two to six and it can come with a 2x multiplier attached; three of the latter can appear on any spin and the 2x will then be multiplied by each other.

Every symbol in a winning combination will disappear and be replaced by more falling in from above – more combos can then be formed to continue the process and there’s a greater chance of wild symbols appearing when this occurs.

In this slot four successive tumbles will also trigger eight free spins with each  extra tumble adding two more spins up to a maximum of fourteen. During the free spins each reel which lands with seven rows will lock in until the round ends, maximising the number of possible paylines – each locked reel will also add one extra spin.

The free spins can also be triggered again from within this feature by achieving four successive tumbles.

There’s not too much new here in the great scheme of things because we’re very familiar with the Megaways payline structure now but Bet Victor – Branded Megaways is one of the classiest implementations; it looks sleek and sophisticated and it comes with an RTP of 96.20%. Spins cost between £0.20 and £20.00.