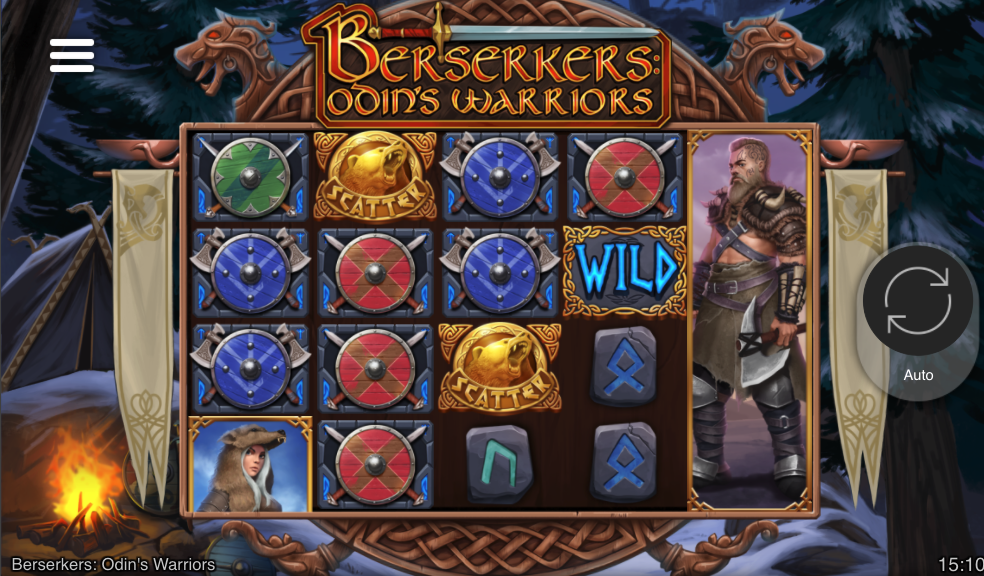 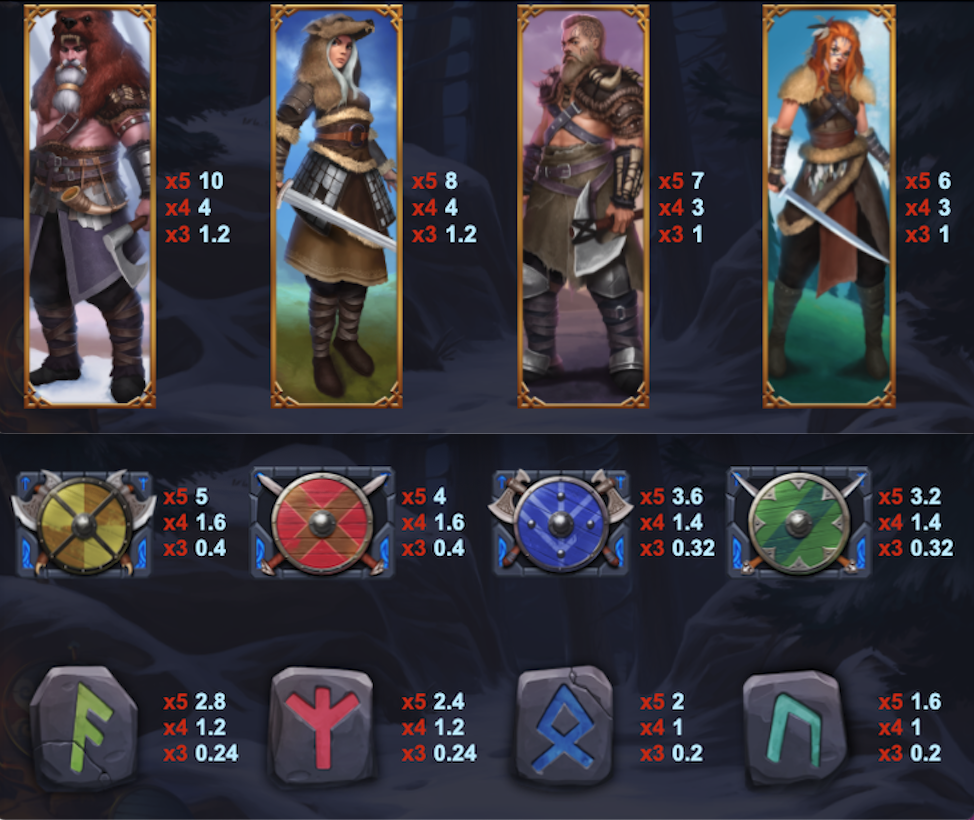 In Norse history the Berserkers were ultra-violent warriors who owed their allegiance to the god Odin; this online slot from bet365 is called Berserkers: Odin’s Warriors and it tempts players with themed free spins and stacked Warrior Wilds.

Berserkers: Odin’s Warriors is a five reel slot with four rows and twenty five fixed paylines; play in fullscreen mode and you’ll see opposing armies yelling at each other, ready for the fracas.

Four warriors from this story represent the higher value symbols and all can appear stacked on the reels; four shields and four runes in various colours make up the lower values. The blue and gold ‘Wild’ is of course wild and the golden bear is the scatter symbol.

This can hit randomly on any spin in the base game and free spins and you’ll see any warriors in view transform into their respective animal symbols and act as wilds.

Landing three, four or five of the golden bear scatter symbols anywhere in view will award 10, 15 or 20 free spins respectively; during this round there’s a greater chance of Warrior Mode occurring.