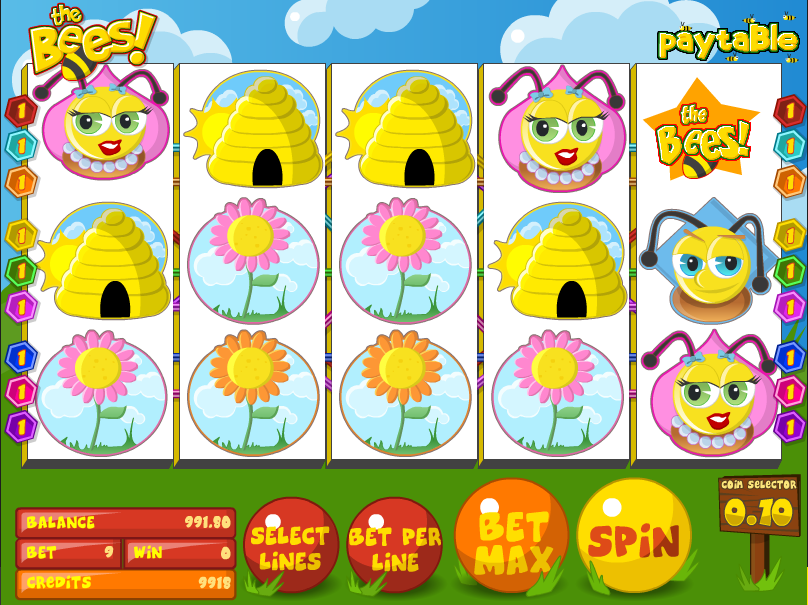 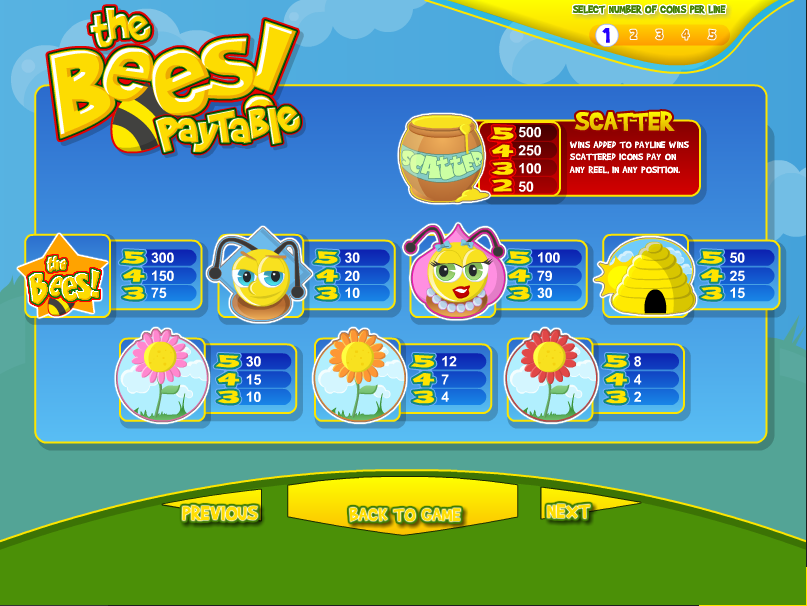 As many animated films will show we like to anthropomorphise creatures of all shapes and sizes, giving them human characteristics and feelings so we can bring ourselves a little bit closer to their world. It’s all fictitious of course but who cares? Here we have another example, it’s an online slot from Betsoft Gaming called The Bees! and you can read all about it below.

The Bees! is a five reel slot with three rows and up to nine paylines; the design is cartoonish with lots of cute symbols on view and those reels spin against a backdrop of green grass and a blue sky.

The symbols are theme-related and include The Bees! logo, male and female bees, a beehive and three coloured flowers – pink, orange and red. Winning combos can be formed from right to left as well as left to right.

The wild is little scene showing two bees and a tree, it will replace all others except the honeypot scatter symbol.

The Bees! Bonus Round

This is triggered by landing the male bee, the game’s logo and the female bee on reels two, three and four in that exact order. You will now get to play a picking round in which you collect flowers in return for cash and raindrops in return for swap icons (more below). Danger Bee Gone Spray and Time bonuses will prolong your bonus round until the bee stings get too much.

This offers players the ability to swap two icons after a winning base game spin to try and make a winning combo. Swap icons are collected during the The Bees! bonus round.

The Bees! is good fun but perhaps graphically a little simple; we like the interactive ability to swap symbols to make your own wins so it’s a slot worth checking out.