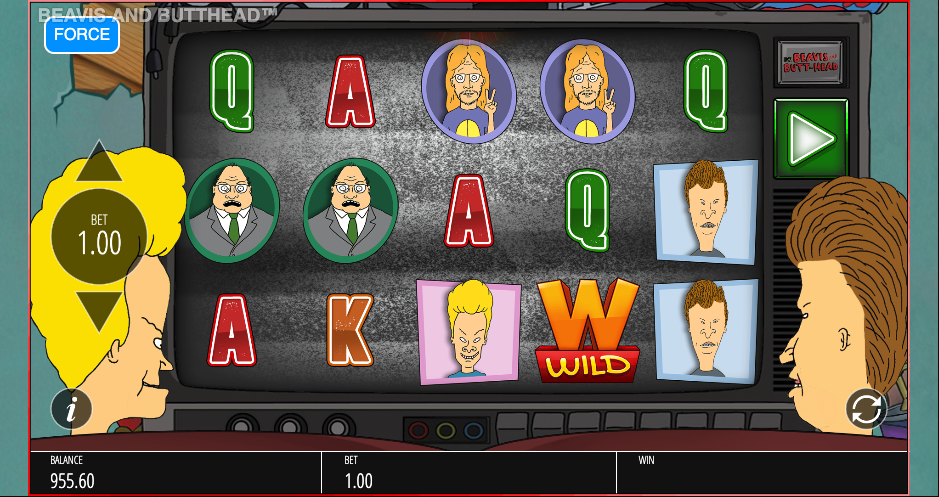 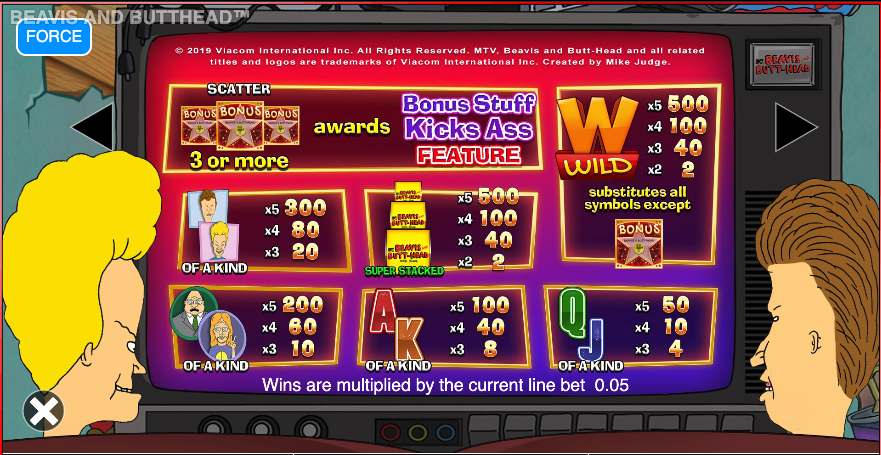 If, like us, you were living an immature lifestyle in the 1990s then no doubt you’ll remember Beavis and Butt-Head, the animated series featuring idiot teenagers who passed comment on television culture while sniggering inanely; we can’t even remember if it was funny or not but that doesn’t matter now because Blueprint Gaming have developed an online slot themed on this pair – find out how it works right here.

Beavis and Butt-Head is a five reel slot with three rows and twenty fixed paylines; we join the boys on the couch as they watch the symbols spin on the TV, occasionally brandishing the remote control or picking their noses.

The high value symbols include the stacked logo, Beavis, Butt-Head and two characters from the show; J, Q, K and A make up the lower values.

The wild is a big, orange ‘W’ which will replace all others symbols to help form winning combos except for the Walk of Fame bonus star.

The following mini-features can be triggered at random during any spin:

This is triggered by landing at least three of the star bonus symbols anywhere in view and you’ll now be asked to select one of the options shown on the TV – this will reveal which of the following bonuses are played:

Beavis and Butt-Head is a faithful recreation of the style and content of the original television show; if that’s not enough then this slot contains more bonus features than you’ll ever mange to trigger in a single session. Check this out for a nostalgic trip back to 1990s comedy.