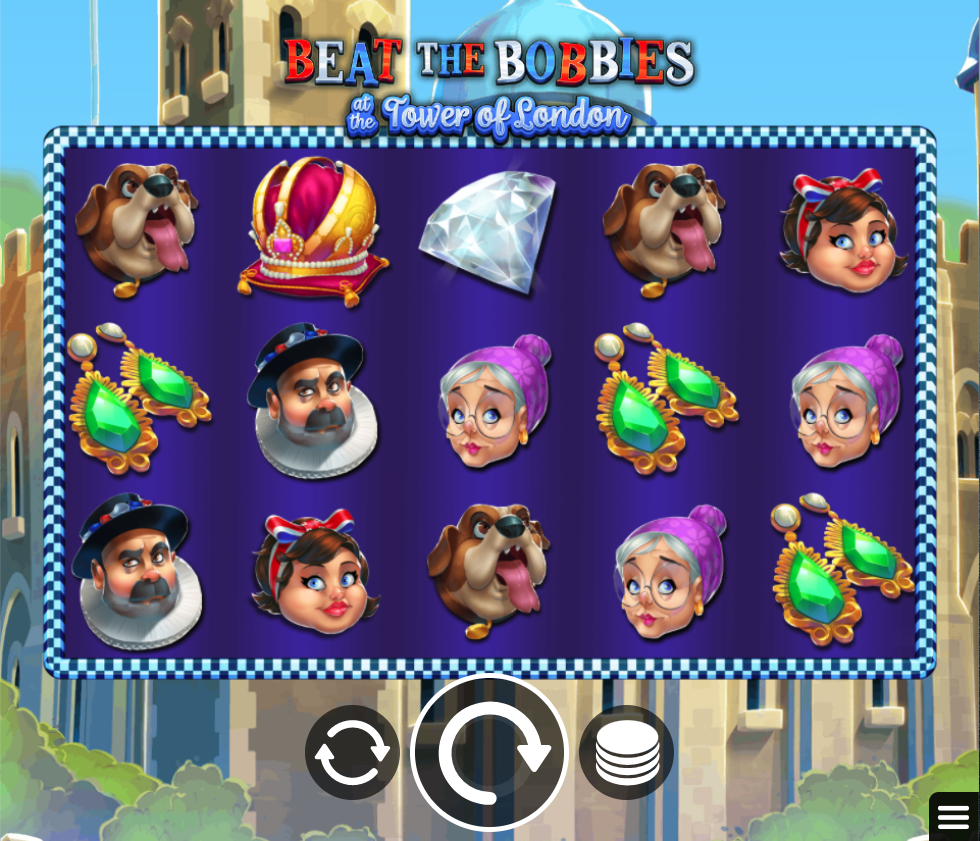 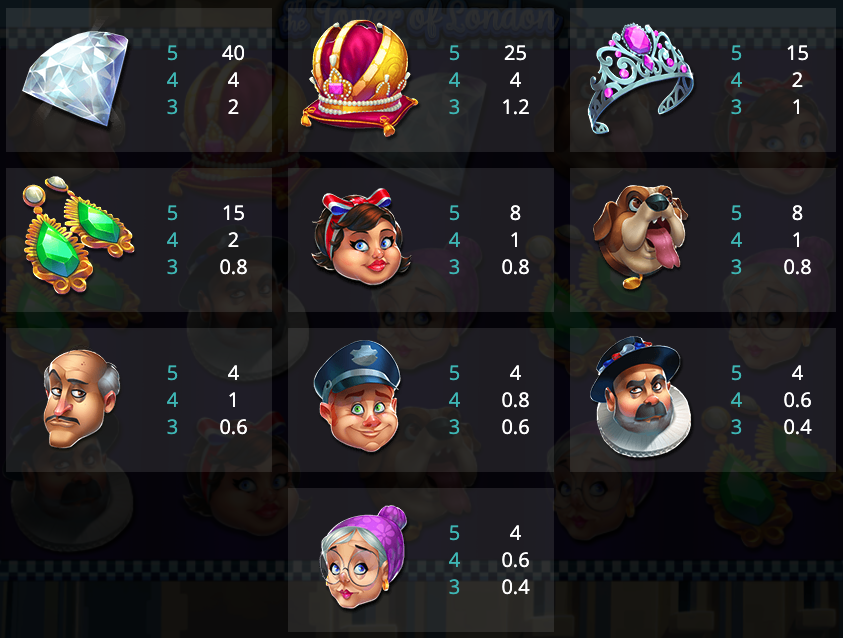 If you thought that the Tower of London was an impregnable fortress containing some of the world’ most expensive jewels then get ready for Penny, the thieving main character in Beat The Bobbies At The Tower Of London, this online slot from Eyecon; join Penny as she tries to avoid police attention while trying to win instant prizes and free spins.

Beat The Bobbies At The Tower Of London is a five reel slot with three rows and two hundred and forty three ways to win; the famous London landmark forms the backdrop to those reels which are full of colour and cheerful characters.

Penny’s targets are the high value symbols and they include diamonds, a crown, a tiara and a pair of jade earrings; the various characters from this story make up the lower values.

The truncheon-wielding Bobby is wild, he appears on reels two, three and four and he’ll replace all symbols except the scattered Penny to help form winning combinations.

The police car will occasionally drive across the reels and if it stops in the middle it will award an instant prize of between 2x and 30x the total bet.

Landing at least three of the Penny scatter symbols anywhere in view will give you the option of choosing between one of the following options:

The spins can be triggered again up to a maximum of fifteen times and you’ll get the chance to select a different option if/when this happens.

Beat The Bobbies At The Tower Of London is a colourful and fast-moving slot with a feature which triggers regularly (the Police car) and one that’s a bit trickier to reach (the free spins); overall it’s an enjoyable release from Eyecon and certainly recommended.