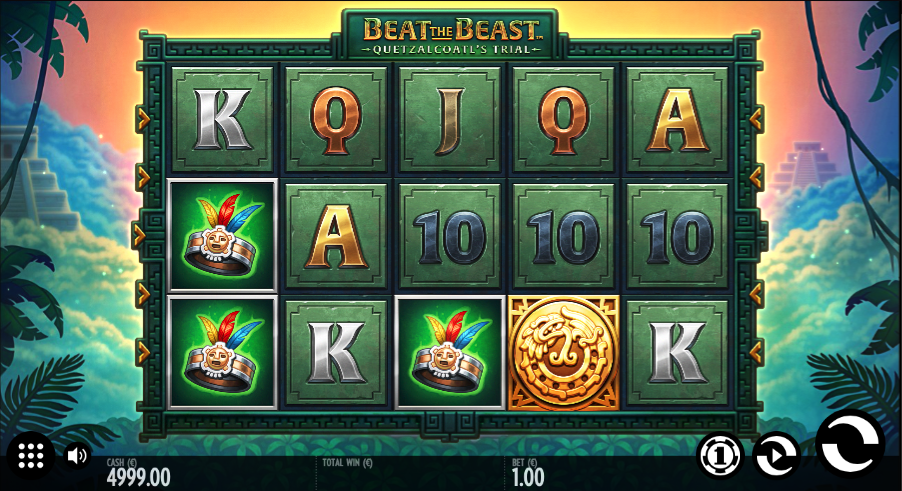 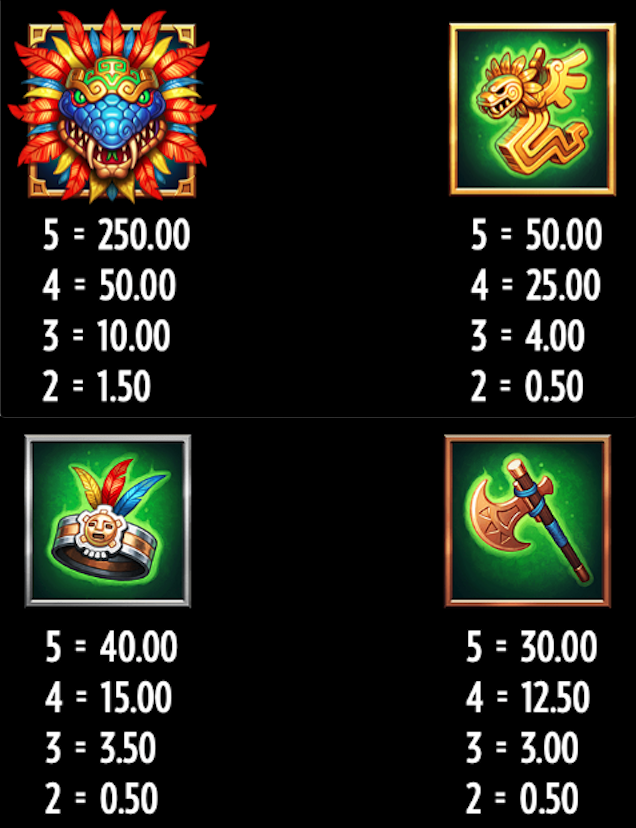 Thunderkick’s series of online slot machines themed on legendary characters and gods from history continues to expand and the latest incarnation is Beat The Beast: Quetzalcoatl’s Trial, a game which focuses on the Mayan deity.

Beat The Beast: Quetzalcoatl’s Trial is a five reel slot with three rows and nine fixed paylines; behind those Mayan-inspired reels there’s a view of this long-gone empire at its height in which pyramids emerge from the Central American jungles.

High value picture symbols include Quetzalcoatl’s snake head, a stylised snake, a headdress, an axe and a vase; 10, J, Q, K and A make up the lower values. Quetzalcoatl’s emblem is both the wild and the scatter and it will replace all standard symbols to help form winning combinations.

Landing at least three of the emblem wild/scatter symbols anywhere in view will award an initial ten free spins; during this round there’s a new ‘W’ wild symbol in use and your task is to collect these. Once five have been collected and placed in the meter above the reels you’ll receive two extra spins and the lowest value picture symbol will be replaced by the next one. For example after the first five Ws have been collected the vase is removed and replaced by the axe, making wins a bit easier to achieve.

During this round landing another three scattered emblems will award an extra ten free spins.

Quetzalcoatl’s Trial is similar in design to the other Beat The Beast games but it differs in gameplay, especially in terms of the clever bonus features. The more fortunate players will be able to keep the free spins going by collecting lots of W symbols.