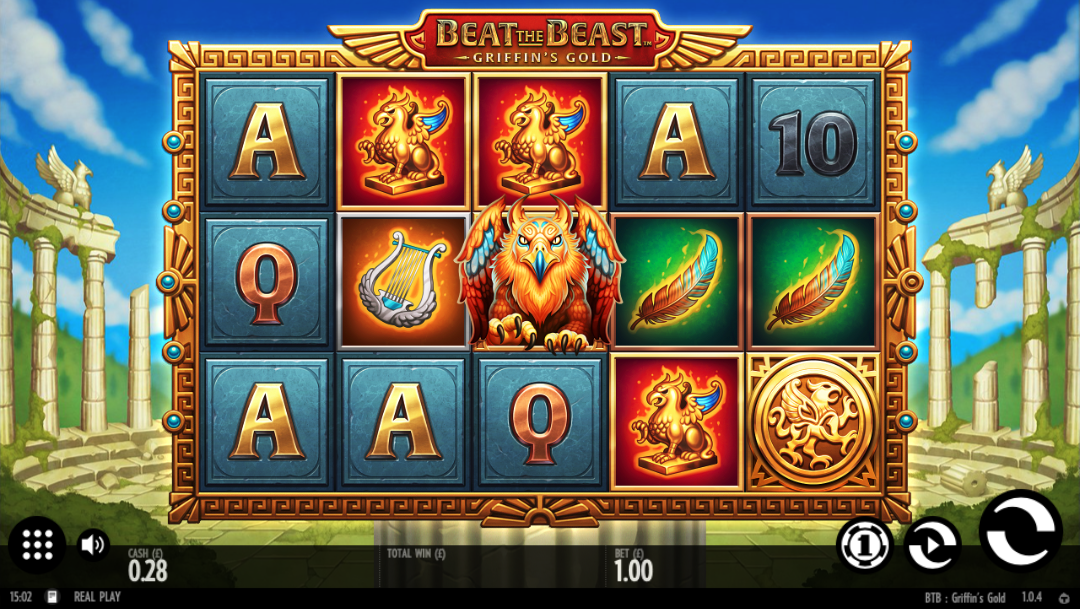 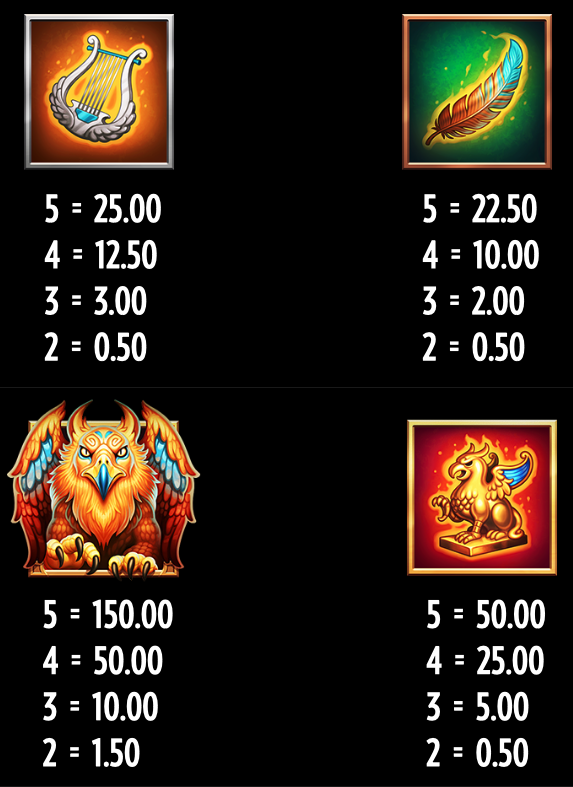 Beating the beast may sound amusingly like a certain ‘gentleman’s activity‘ but when we’re referring to this online slot from Thunderkick Gaming it’s all about mystical creatures from various mythologies; Beat the Beast: Griffin’s Gold features the legendary creature which has the body of a lion and the head and wings of an eagle and from £0.10 per spin it tempts players with free spins, roaming wilds and wild multipliers.

Beat the Beast: Griffin’s Gold is a five reel slot with three rows and nine fixed paylines; a ruined amphitheatre forms the backdrop to the ornate reels which glimmer under the Mediterranean sunshine.

High value symbols include the Griffin, the Griffin statue, the harp and the feather; 10, J, Q, K and A are the lower values. The Griffin emblem is both the wild and the scatter and it will replace all other symbols.

Landing three of the Griffin emblem wild/scatter symbols anywhere in view will award an initial ten free spins and in this round we get to experience the winged Roaming Wild symbol which will remain on the reels but move to a different position on each spin.

Each Roaming Wild displays a win multiplier of up to 5x and when one appears in a payline one extra spin is awarded. The values on the Roaming Wilds will be multiplied together if more than one are on a paylines.

Griffin’s Gold is an entertaining and enjoyable addition to this expanding series of games themed on mythological creatures and locations; trigger the free spins for the biggest wins and the most fun.