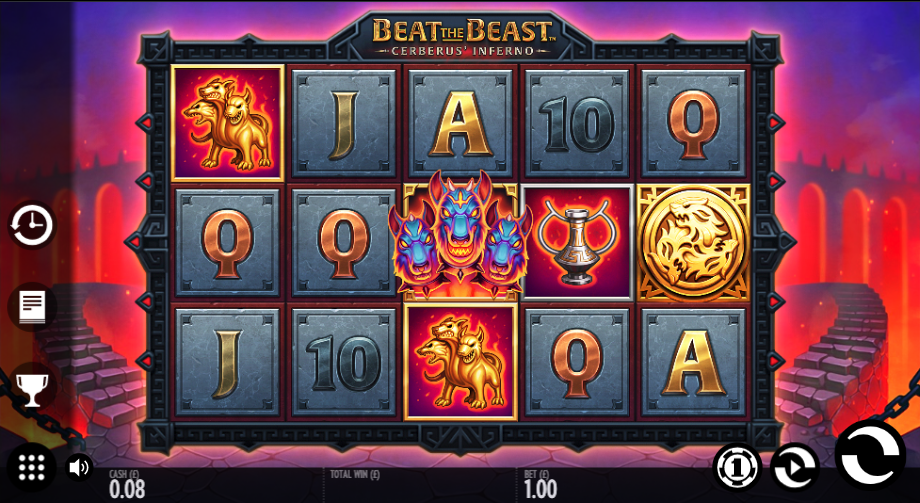 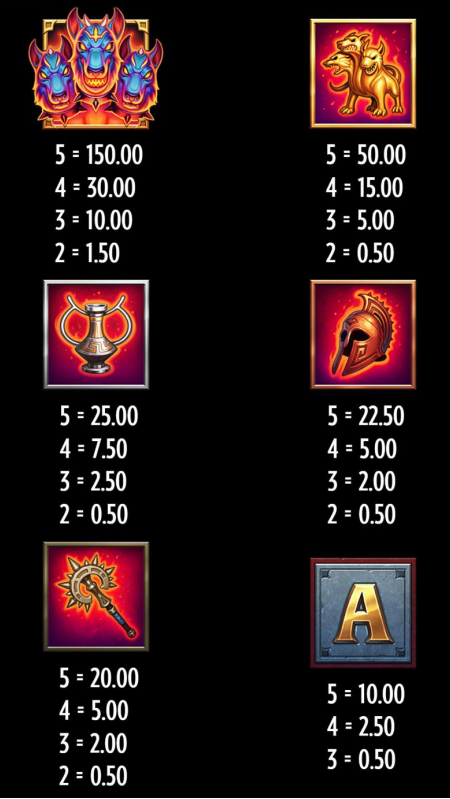 In Ancient Greece if you were unlucky enough to find yourself on a journey to the underworld you may have crossed paths with Cerberus, the multi-headed hound stopping the dead from leaving that place; he’s the theme of Beat The Beast: Cerberus’ Inferno, this online slot from Thunderkick which tempts players with free spins and stacked wild symbols.

Beat The Beast: Cerberus Inferno is a five reel slot with three rows and nine fixed paylines; those metallic reels float in front of Thunderkick’s representation of Hades which involves steps and walkways over boiling lava.

The high value symbols include two views of Cerberus, an amphora, a helmet, and a dangerous-looking weapon; 10, J, Q, K and A represent the lower values.

The big ‘W’ is wild and it always appears stacked on the reels, covering all positions on that reel when it does; it will replace all symbols except the golden Cerberus scatter to make winning matches.

Landing at least three of the golden scatter symbols anywhere in view will award an initial ten free spins but more spins can be triggered again in the same way during this round. Wins are easier in this feature because the 9 paylines become 243 ways to win meaning that any combo of at least three matching symbols starting from reel one will pay out (as you can see from the gameplay video above).

When the spins are over the number of paylines reduces back down to nine again.

Cerberus’ Inferno is an enjoyable addition to the growing list of Beat The Beast slots from Thunderkick; classy graphics combine with a lucrative free spins round which should appeal to fans of Greek mythology.