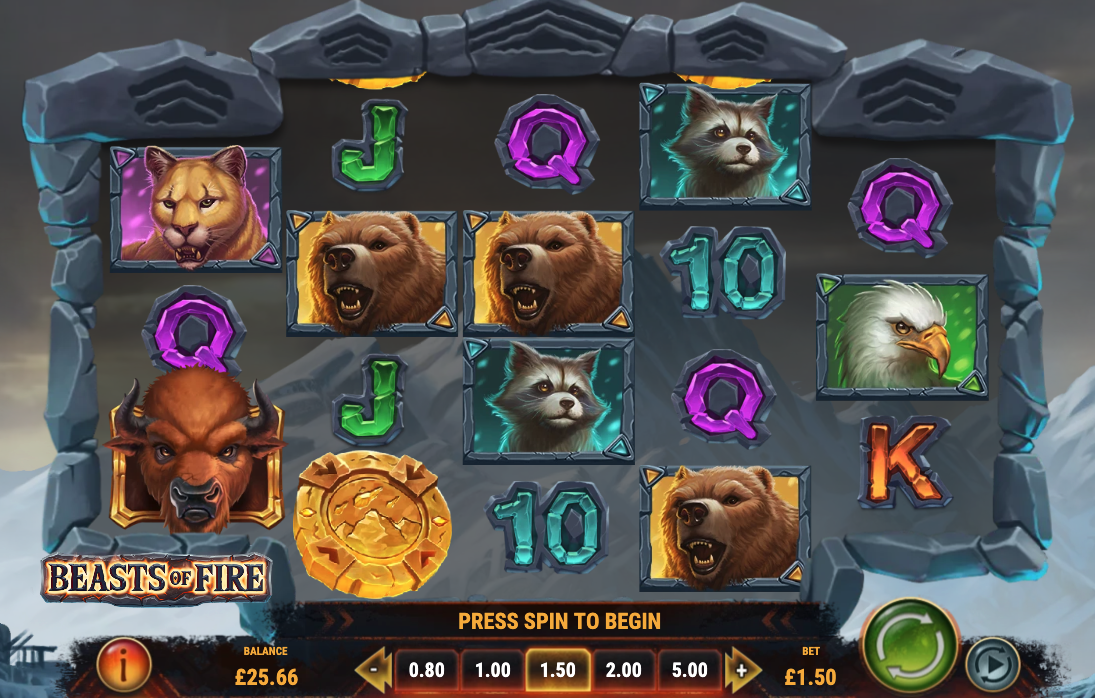 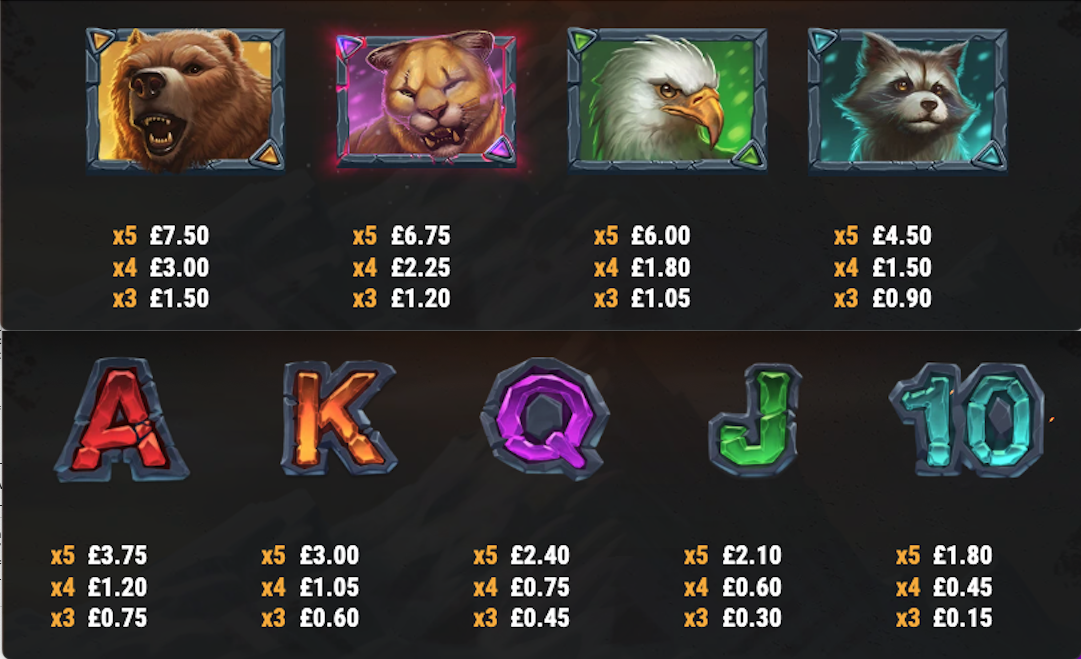 If there’s one thing more scary than a charging buffalo it’s probably that same animal rushing towards you but on fire – this is the premise of Beasts of Fire, this online slot from Play N Go which tempts players with stacked buffaloes, respins and Burnin’ Power free spins.

Beasts of Fire is set in a snowy, mountainous landscape and those five reels and 576 paylines (called ‘Payways’ in this game) spin within a stone frame perched in the ruins of old buildings.

The high value symbols are the buffalo, the bear, the mountain lion, the eagle and the raccoon; 10, J, Q, K and A are the lower values. The pretty sunset is wild and it appears only on reels two, three and four; the gold coin is the scatter symbol.

This can occur at random on any base game spin and after the wild animation has finished you’ll see that extra buffaloes have been added to the reels to create bigger stacks and hopefully some big wins.

This is triggered by landing the meteor symbol on reel three for which you’ll receive a respin with an extra row added for more winning opportunities; if another meteor lands on the respin then one more respin is awarded with one more extra row and this can occur three times in total for a maximum number of Payways of 12348. During respins the Charging Buffaloes feature is more likely to trigger.

Landing three of the gold coin scatter symbols anywhere on reels two, three and four will award and initial ten free spins but these can be retriggered during this feature in the same way. The buffaloes are replaced by Fire Beasts during the free spins and combos with this symbol are worth double the regular buffalo value.