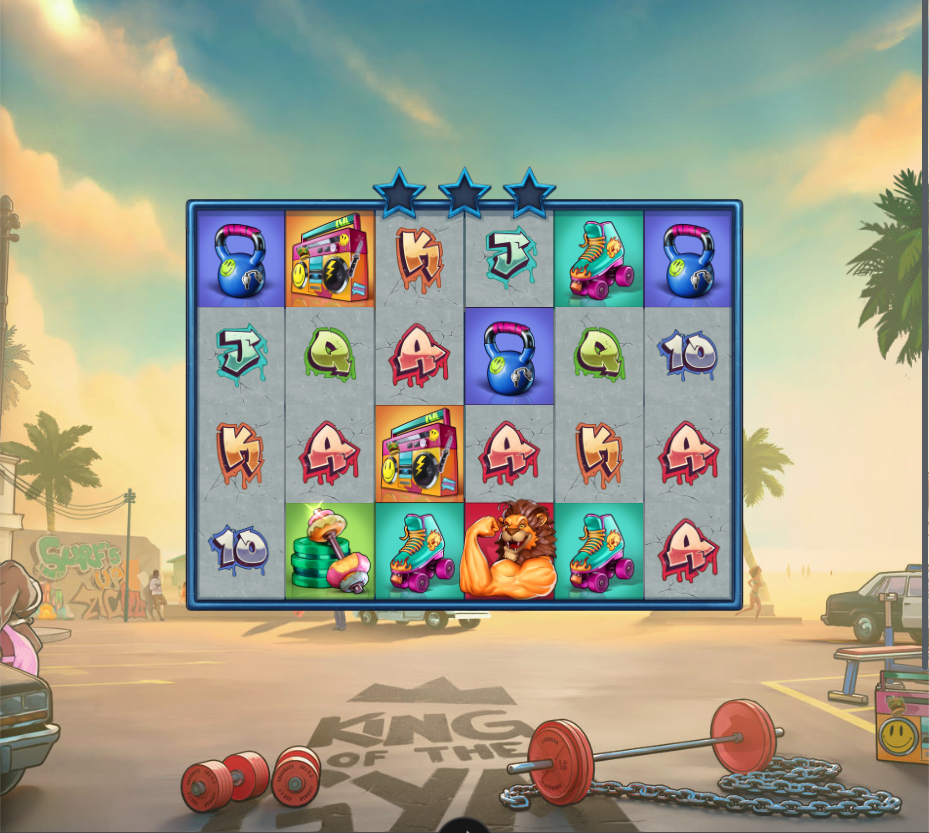 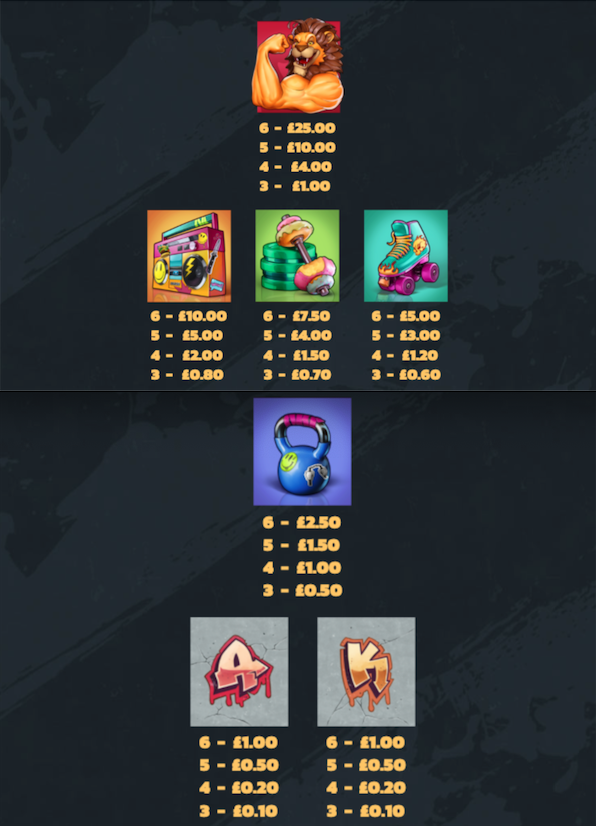 A seafront gym is the sunny setting for this online slot from Relax Gaming which goes by the name of Beast Mode – it features a muscle-bound lion lifting weights in a 1980s beach gym while at the same time trying his best to provide us with Mystery Symbols and three different free spin modes.

Beast Mode seems to be set somewhere like Venice beach a couple of decades ago on a seafront area strewn with dumbbells barbells, kettle bells, chains, police cars and palm trees – there’s even a recently arrested lion on the front of a car on the left hand side.

There are six reels and 4096 paylines in Beast Mode and there also collapsing reels in which symbols which have been part of a winning combo will disappear and be replace by more falling in from above, paving the way for more possible wins.

High value symbols include the lion, the ghettto blaster, the stack of weights, the kettle bell and the roller skate; 10, J, Q, K and A make up the lower values. The gold chain is wild and the special symbol is the Bonus icon.

This occurs at random during the base game and all Mystery Symbols landing will transform into matching regular ones for some potential wins.

Landing three or four of the Bonus symbols anywhere in view will fill up the star positions at the top of the screen and activate this round; landing three will give you a chance to gamble and upgrade your spins to the next level. There are three free spin modes: