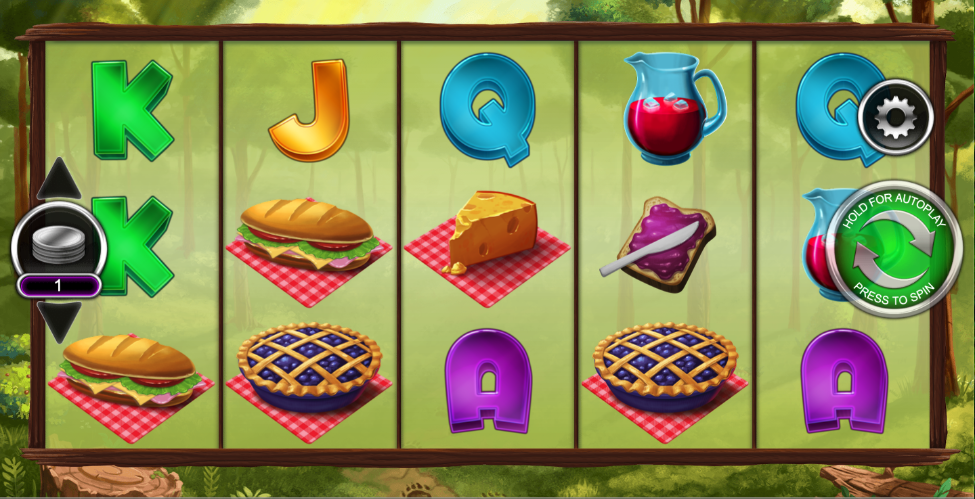 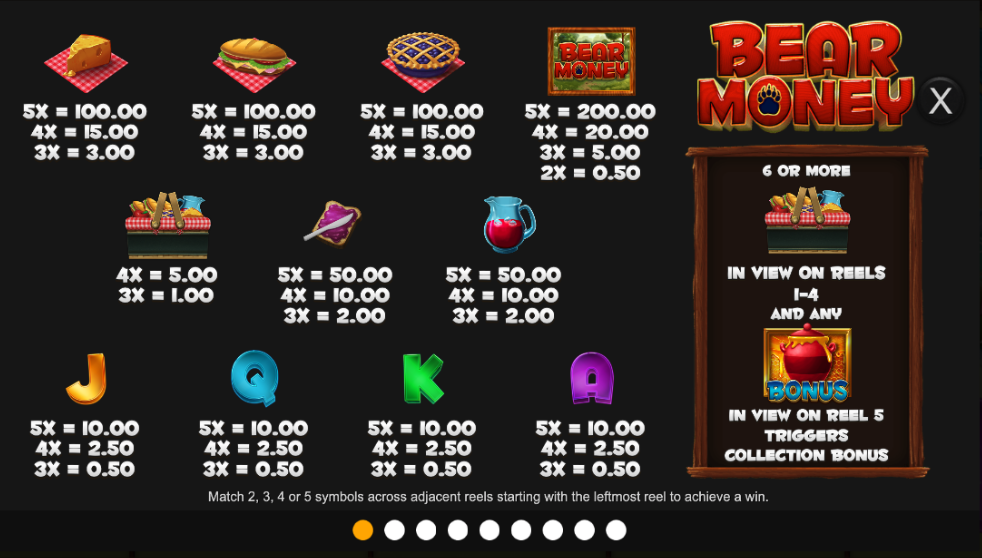 If you go down to the woods today then it may be worth protecting yourself against marauding wild animals whose aim is to steal your picnic rather than cause you bodily harm; set in those woods, Bear Money is an online slot developed by Inspired Gaming with an interesting respin feature and some tasty snacks.

Bear Money is a five reel slot with three rows and ten fixed paylines; a rough, wooden frame supports those reels and the whole structure sits against a backdrop of the forest where all this anthropomorphic thievery is taking place.

The high value symbols include the Bear Money logo, a blueberry pie, a sandwich, a lump of cheese, a picnic basket, some jam on bread and a jug of juice; J, Q, K and A make up the lower values.

There’s no wild symbol in Bear Money but there’s a bonus jar of honey on reel five.

Each picnic basket appears on the reels with a cash value underneath and if you can land six of these baskets anywhere in view on reels one to four along with the jar of honey on reel five, this feature is triggered.

The picnic baskets remain in place and the reels now contain only more baskets, bears on reel five and blanks positions; you’ll get five respins with which to land more baskets and each bear will award the total value of all the baskets. Even if no bears land you’ll still get any line wins from the picnic baskets.

Bear Money appears at first glance to be quite a simple slot but once the feature is triggered there’s plenty of cash to be won for the luckier players; there’s also a jaunty tune to accompany your bear-themed gameplay.