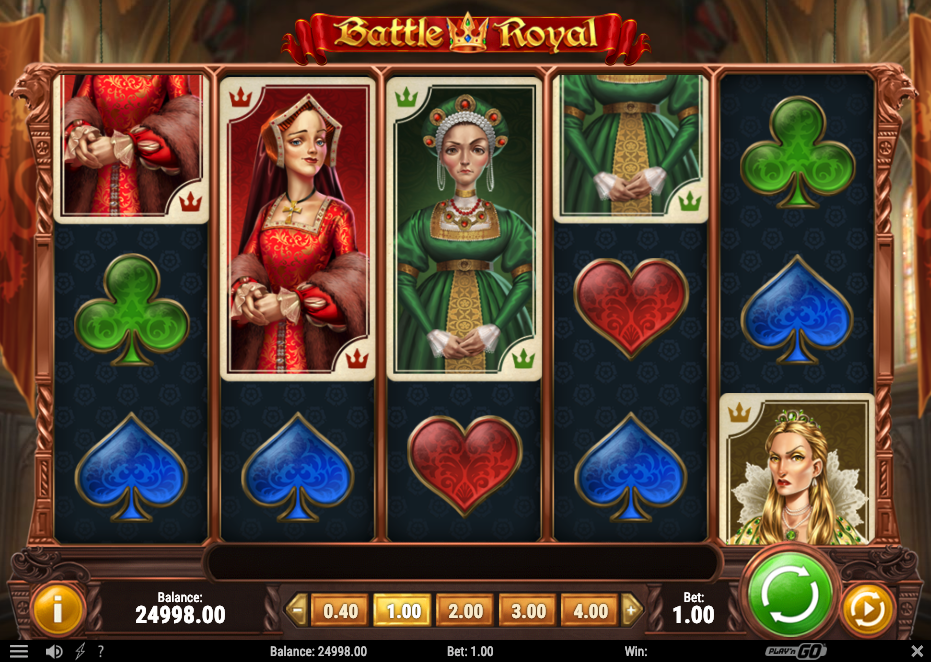 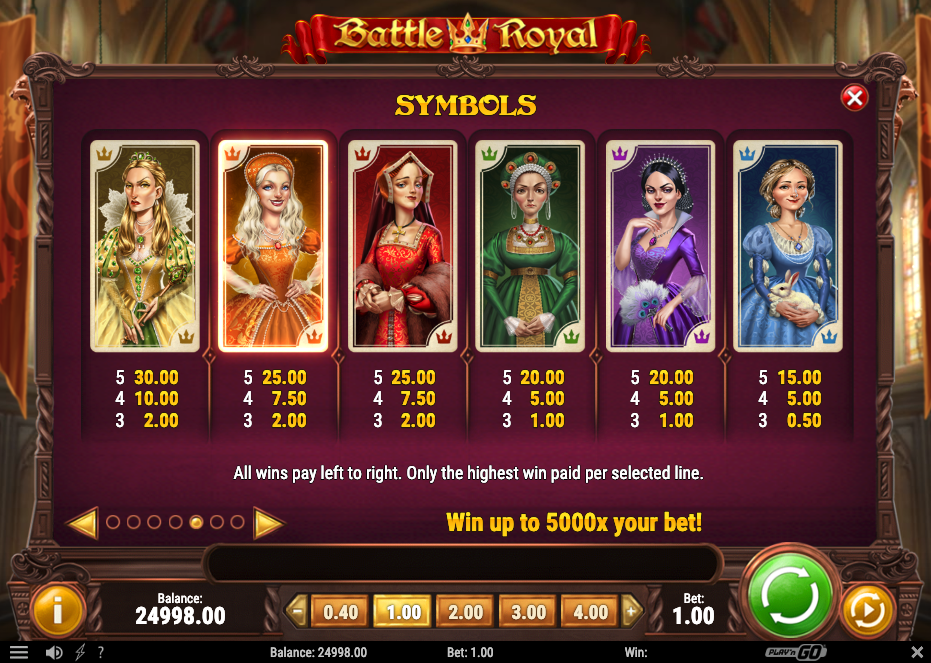 Not too many online slots are themed on real, historical events but occasionally we get to try something like Battle Royal – it’s based on Henry VIII and his six wives, it’s developed by Play N Go and it features several clever bonus games. 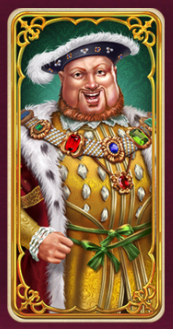 Battle Royal is a five reel slot with three rows and twenty fixed paylines; a carved wooden frame contains those reels and we’re treated to some medieval lute music to accompany our gameplay.

Henry is wild and he will replace all others to help form winning combos except for the shield scatter symbol; Henry and the wives all appear stacked on the reels. 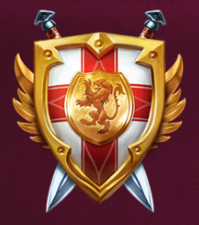 Landing the shield scatter symbol on reels one and five on the same spin will trigger the bonus and offer one of two features to the player:

On any spin all playing card symbols may be transformed into matching ones to help out with a win.

Battle Royal is certainly designed to Play N Go’s usual high standards but it also offers some historical perspective and features based on real events; highly recommended – give it a go!