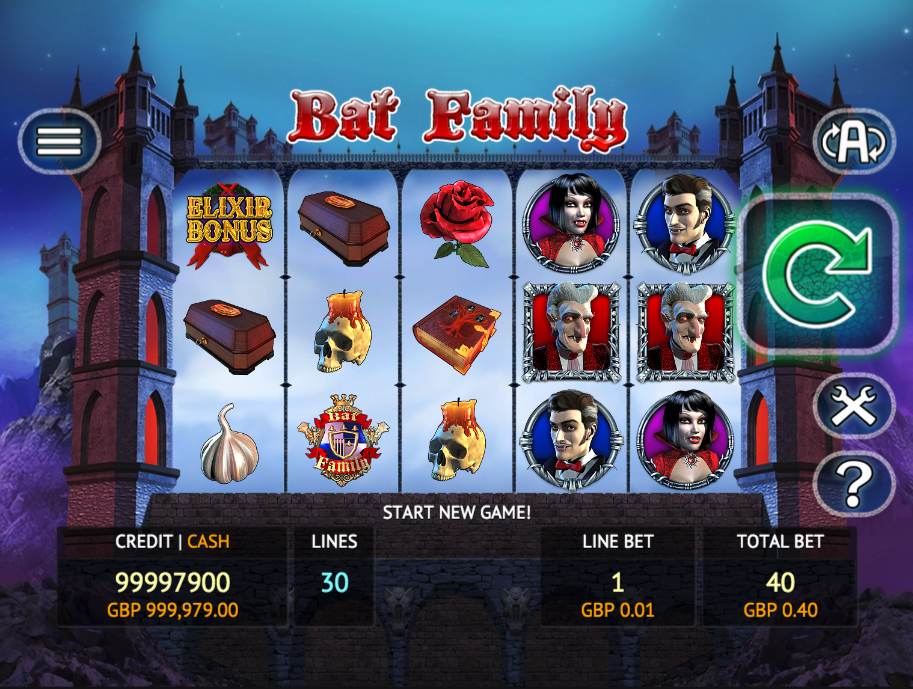 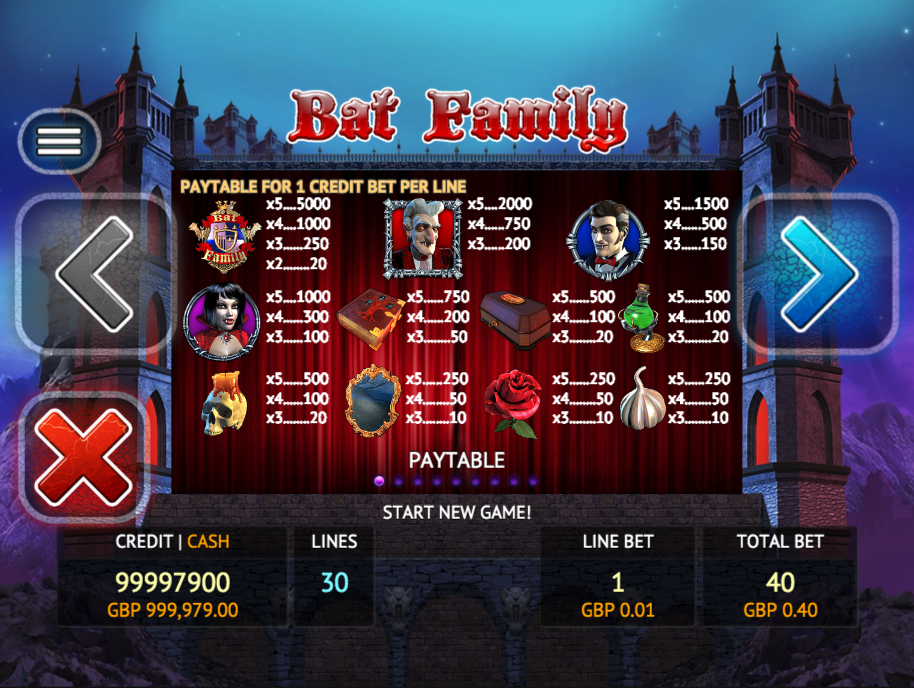 If you’re familiar with television shows such as The Addams Family or The Munsters than you may well find some recognisable elements in this horror-themed online slot. It’s called Bat Family and it’s developed by Fuga Gaming Technologies. It combines comedy with horror and includes two separate bonus features so keep reading for more details.

Bat Family is a five reel slot with three rows and thirty paylines; it all takes place at night against the backdrop of a gloomy castle up in the Transylvanian peaks and the soundtrack is appropriately creepy.

All the symbols are related to the theme and include the bat Family crest, three members of the family, a spell book, a coffin, a green potion, a skull/candle, a mirror, a rose and a bulb of garlic.

The wild symbol is a red-eyed bat gargoyle and there are two scatter symbols – Elixir Bonus and Free Games – which trigger separate features.

After any win one of the three characters may float onto the screen and award a multiplier of 2x, 3x or 4x for that win.

Trigger this by landing five of the Elixir Bonus scatter symbol anywhere in view; it’s an in-depth picking game in which you initially have to choose from a row of chests. You may find the following:

Land three or more of the Free Spins scatter symbols anywhere in view and you will be prompted to pick one of these symbols to reveal a number of spins between 5 and 50.

When the spins are underway, any wild symbol lands will remain in place until it contributes to a winning combo; this can mean a little group can gather on reels four or five, ready to help out in a big win.

More spins can be triggered by landing three+ more scatter symbols during this round.

Any wins equal to or less than 25x your total bet can be gambled and all you have to do is pick red or black as the playing cards are shuffled.

Bat Family is good fun and the bonus features are triggered regularly; the sound and graphics create a decent atmosphere. Even the gamble feature is fairly inventive although we still wouldn’t recommend using it.