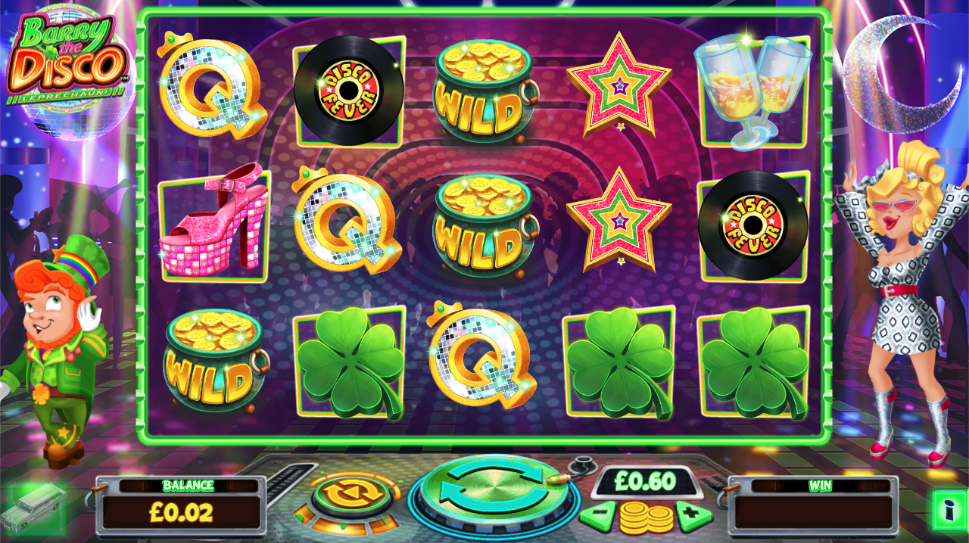 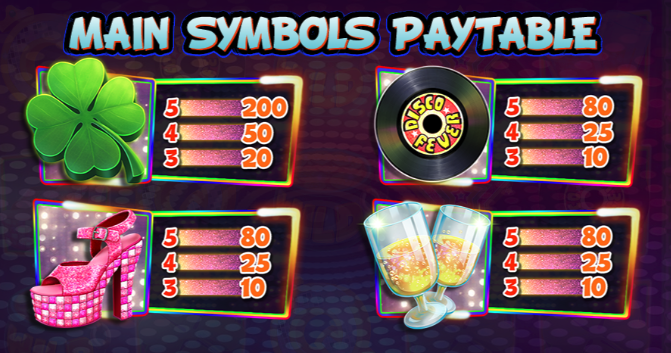 We all know that there’s no shortage of Irish themed online slot out there and perhaps the developers are starting to branch out a bit in terms of subject matter because here we have Barry the Disco Leprechaun from leander Games; Barry has left his rural idyll to throw some shapes on the dancefloor and he’s also offering several clever bonus features.

Barry the Disco Leprechaun is a five reel slot with three rows and thirty fixed paylines; in this multicolour nightclub Barry dances to the left of those reels while his female companion cavorts on the right (quite a safe distance from Baz).

High value symbols include the four leaf clover, the Disco fever vinyl. the platform shoe and the glasses of booze; sparkling 10, J, Q, K and A represent the lower values.

The pot of gold is wild and it will replace all standard symbols to help form winning combinations; it will also expand to fill its entire reel and award a Drama Reel respin in the process. The star is the scatter symbol.

Landing at least three star scatter symbols anywhere in view will trigger this feature (landing two will freeze those in place and spin the remaining reels for a second chance); you’ll now get to play an interactive game in which your task is to match as many coloured buttons to musical notes as possible in one minute – this will fill the Disco Fever meter to earn free spins.

When the spins start more can be earned by landing Extra Spin symbols and you’ll also get one extra if there were more than three triggering symbols to begin with.

Triggering the feature will gradually unlock different funky outfits for Barry and new nightclubs to visit.

Barry’s having a good time here and fortunately so did we – this is a colourful, action packed slot with some clever features and unlockable content for those who’ll be playing for a while.