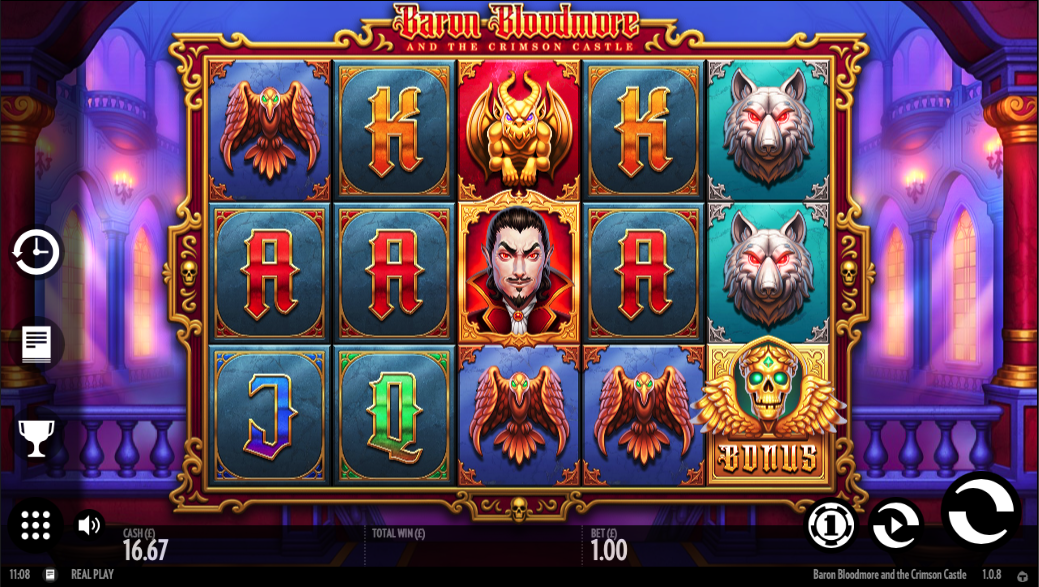 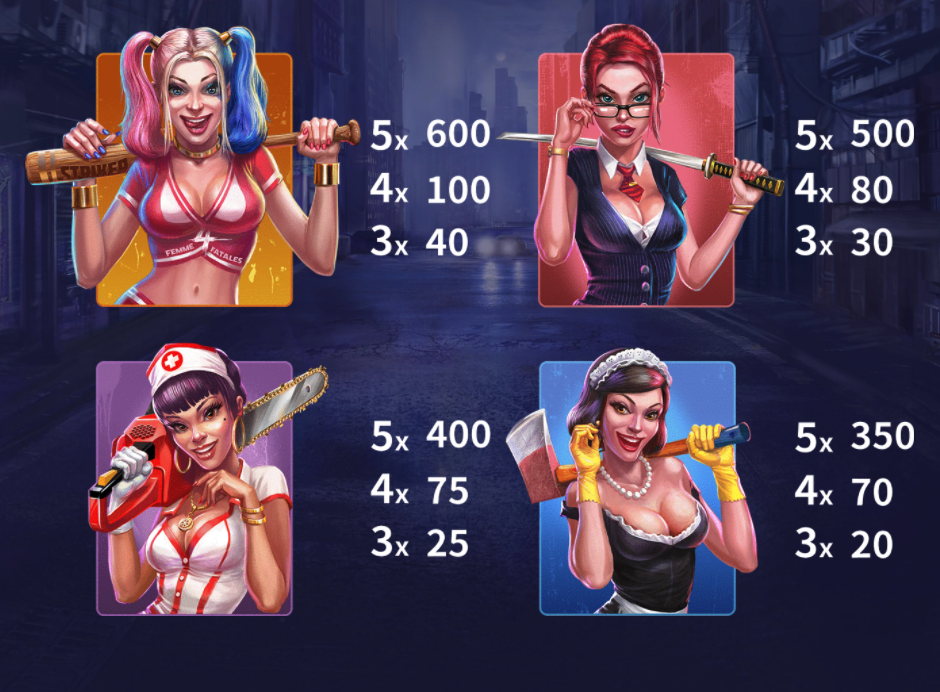 There are some vampire shenanigans afoot in this online slot from Thunderkick but there’s no sign of Count Dracula – this is the realm of Baron Bloodmore and the Crimson Castle; bonus features include Massive Mystery symbols, free spins and the Crimson Cash bonus game.

Baron Bloodmore and the Crimson Castle is a five reel slot with three rows and twenty five fixed paylines; the Baron’s vast residence sets the scene behind those reels where sunlight illuminates the strangely purple interior.

The high value symbols are the Count himself and three gargoyles; J, Q, K and A represent the lower values. The female vampire is wild and the special symbols are the cash scatters and the golden skulls.

This is a giant, 3×3 symbol which appears randomly in the base game and free spins on reels two, three and four; after landing it will transform into regular symbols to potentially create a win.

Landing three, four or five of the golden skull scatter symbols anywhere in view will award 10, 15 or 20 free spins respectively; during this round the Massive Mystery symbol is guaranteed to land in view on every spin.

This is triggered by landing three stacks of the cash scatter symbols on three different reels; this is a respin round in which the reels only contain symbols with multipliers (up to 50x) and blanks. You’ll start with three respins and each new symbol which lands will lock in place and reset the number of spins to three again. There’s a Pattern Collect feature in this round which lights up five random positions – when these are filled the values on those symbols will be totalled, doubled and added to the middle position. A new pattern will then be created.

During this round you may also be lucky enough to see the Spawn symbol which will add its own multiplier value to all others or the Copy coffin which will copy all values in view to itself. When the round ends all multiplier values are totalled and applied to the total stake.

Count Bloodmore may be a new vampire on the scene but he can compete with the best when it comes to an entertaining slot which offers the chance to win a variety of bonus features – the biggest wins are in the Crimson Cash Bonus Game so keep your fingers crossed for those stacked scatter symbols.

Baron Bloodmore and the Crimson Castle is a vampire-themed video slot from Thunderkick with five reels and 25 fixed paylines.

The Return To Player percentage for Baron Bloodmore and the Crimson Castle is 96.07%.

How To Win On Baron Bloodmore and the Crimson Castle?

Where can I play Baron Bloodmore and the Crimson Castle?