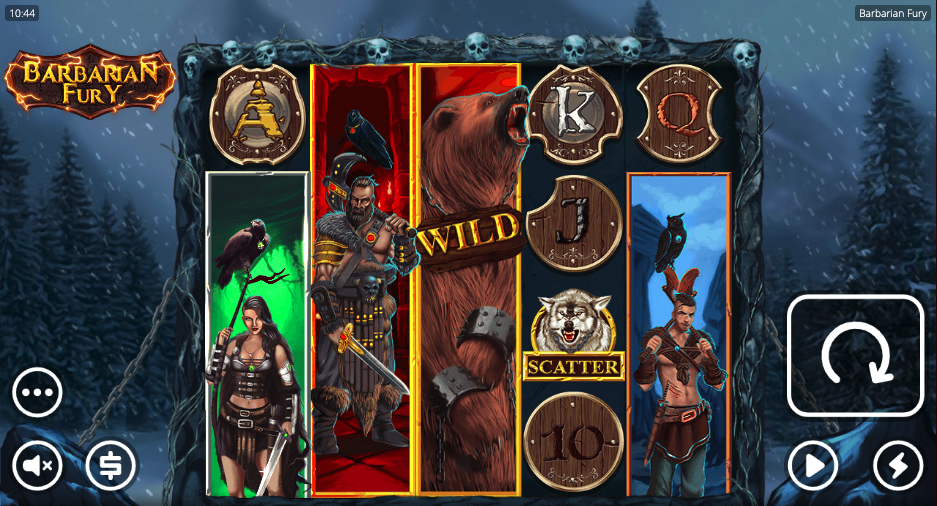 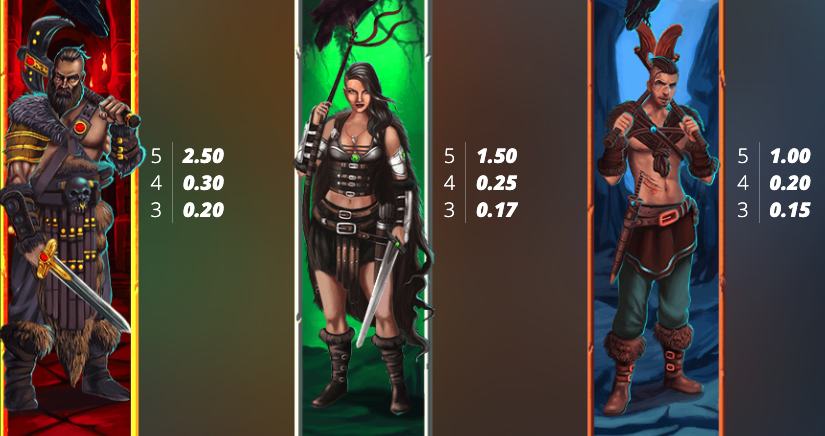 How easy is it to make a barbarian angry? Well according to this online slot from Nolimit City it’s actually quite easy because this is the story of Barbarian Fury, a game which tempts players with two different spin features and Roaring Wilds.

Barbarian Fury is a five reel slot with four rows and twenty five fixed paylines; there’s some dreadful weather pelting down behind those reels which spin on a strange structure dotted with skulls.

There are three high value symbols, they’re the barbarian characters who take part in this adventure and they all appear four symbols high on the reels; ornate shields engraved with 10, J, Q, K and A represent the lower values.

The bear is wild, he’s also four positions tall and he’ll replace all other symbols to help form winning combos; he only appears on reels two, three and four but he can nudge into view if he lands only partially visible. Each nudge will increase the win multiplier by 1x. The wolf is the scatter symbol.

Landing all or part of at least three matching barbarian symbols may trigger a Barbarian Respin and first you’ll see those characters (or wilds) nudge fully into view and lock together; the remaining reels will spin and hopefully there’s big win on its way.

Landing three barbarians will always trigger the Barbarian Respin round and any wild multipliers activated by the bear will remain in force.

Barbarian Fury combines the graphics of a video game with the sound and fury of a Viking attack and the result is a really enjoyable and compelling slots experience; the features hit regularly but the really big wins are in the Fury Spins.