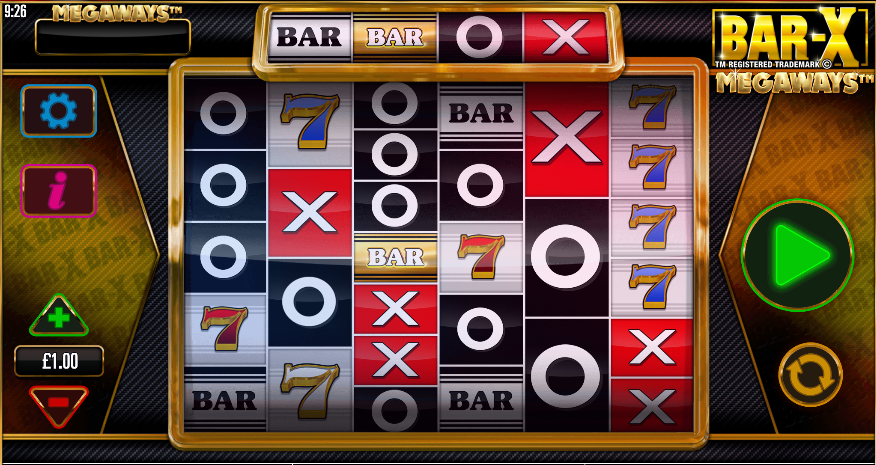 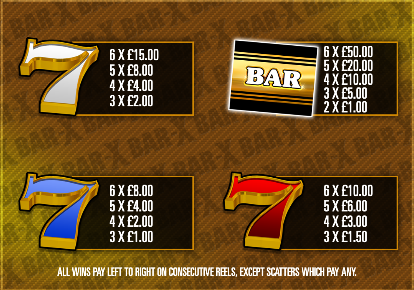 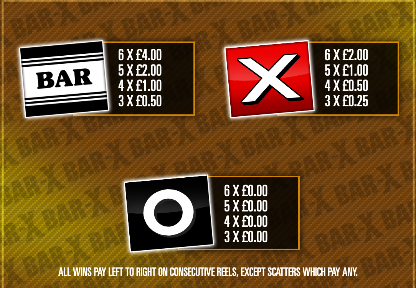 If a combination of some traditional gameplay and BTG’s Megaways payline structure sounds tempting then we may have an online slot machine for you; it’s called Bar-X, it’s developed by Storm Gaming Technology and it also offers collapsing reels and free spins.

Bar-X Megaways is a six reel slot with up to seven rows and a four-position horizontal reel at the top – this combo can create up to 117649 ways to win which is not something to be sniffed at.

The symbols are all of a traditional nature and include Bars, Xs, Os and silver, blue and red sevens.

The wild is a large, black and gold ‘Wild’ which will substitute for all standard symbols to help form winning matches; the bonus symbol is the Mega Spins icon which activates the main feature.

This is a feature we always enjoy and it sees every symbol in a winning combo disappearing to be replaced by more falling in from above; new combos may then be formed which will continue the process until there are no more wins.

This is triggered by landing at four of the Mega Spins scatter symbols anywhere in view for which you will receive ten free spins plus five more for each extra scatter. During this feature each successive collapse will increase the win multiplier by 1x with no upper limit.

Scatter symbol appear only on the upper row during this round but landing three or four there will award an extra five or ten spins respectively.

Megaways and collapsing reels is quite the heady combination and it’s one which can certainly prove profitable in the free spins feature; the Megaways train rumbles on with Bar-X and it’s still worth catching.