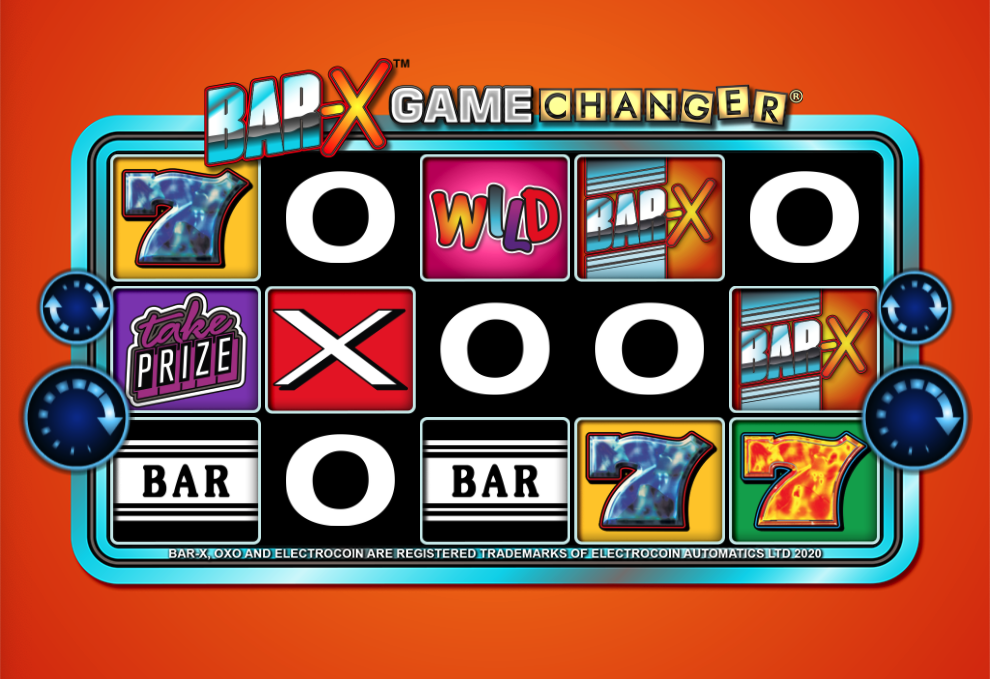 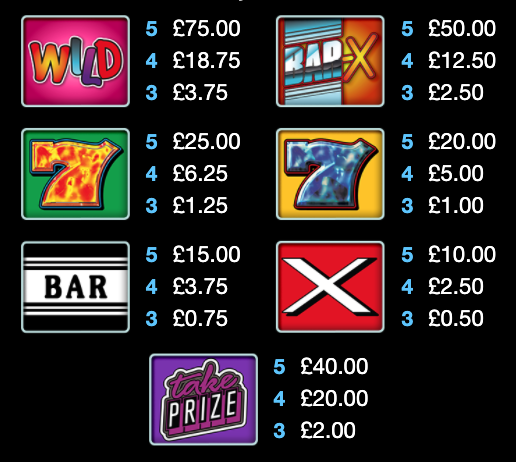 Veterans of slot machines on-and-offline will know all about Bar X-style games in which ‘X’ and ‘O’ are the only symbols on the reels – Bar-X Game Changer is an online slot from Realistic Games which takes that basic premise and adds some clever bonus features.

Bar-X Game Changer is a five reel slot with three rows and twenty fixed paylines; picture yourself back in that amusement arcade as the brushed, light blue reels spin against a red backdrop.

The symbols in this game include the Bar-X, the red and blue sevens, the Bar, the X and the ‘Take Prize’ icon – remember that the O is the blank and worth nothing. The multicolour wild will replace all the other symbols to help form winning combinations.

This feature is triggered by landing any combination of symbols around the outside of the reel set as shown in this pic:

The centre three positions will display the total winnings from this round which is lets you work your way around the symbols as if it were a trail. Any ‘Take Prize’ symbols now display the number three, the logo is replaced by 5 ‘Super Reels’.

Now roll the dice and you’ll move around the trail in a clockwise direction and various things happen depending on where you land:

If you’re really lucky the game board will land with reels one and five completely wild – this is the No Lose Board and you can keep rolling the dice now and accumulating prizes until the maximum win of 1000x the stake is reached.

Bar-X Game Changer adds a clever bonus feature to a classic slot setup and it works really well; it’s combination of old and new which should appeal to all players.