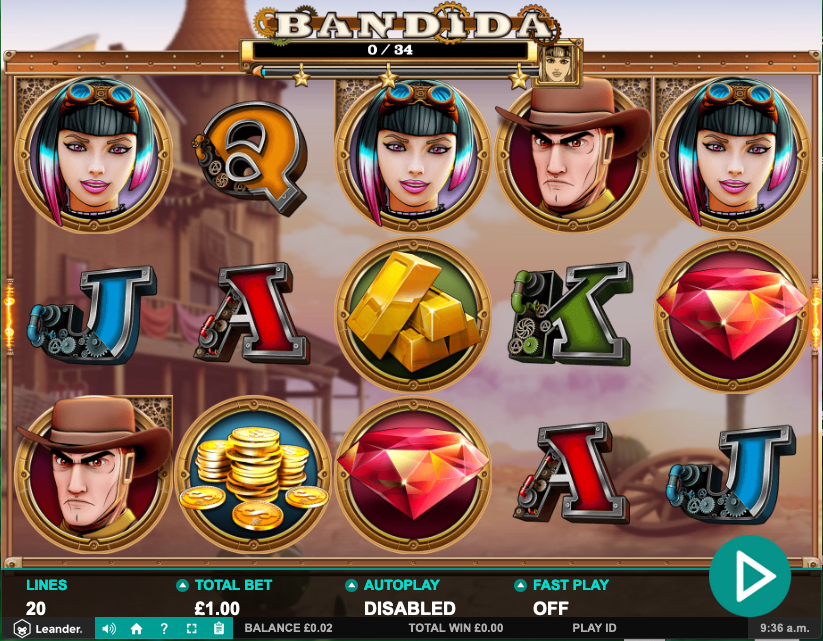 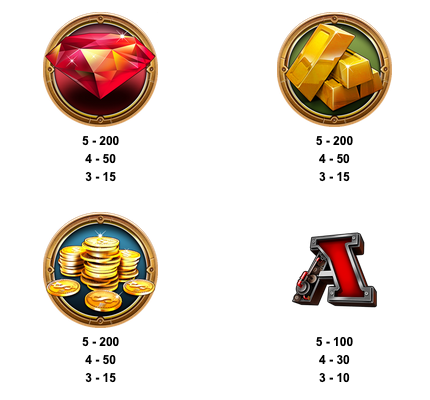 Somewhere in the Old West there’s some futuristic technology belonging to Bandida and the sheriff whose job it is to bring in this notorious criminal; thats the story behind Bandida, this online slot from Leander Games which offers players free spins and several themed bonus features.

Bandida is a five reel slot with three rows and twenty fixed paylines; those reels are transparent and afford us a view of an old desert town in the background, baking under the hazy sky.

The high value symbols are Bandida, the sheriff (both can appear stacked), the red diamond, the stack of gold bars and the pile of gold coins; J, Q, K and A make up the lower values.

The futuristic pistol is wild and it will replace all standard symbols to help create winning combinations.

Trigger this by landing reel one full of bandida symbols and she will remove all the high value ones, replacing them with herself for potentially some big wins.

This is triggered by landing reel one full of Bandida’s and reel five full of sheriff symbols for which you’ll receive ten free spins; each spin represents one year of incarcertaion for our antiheroine so after ten she’s released but collecting ten bail symbols will accomplish this sooner. If she manages to escape then each remaining spin will be played with Bandida’s Way active. 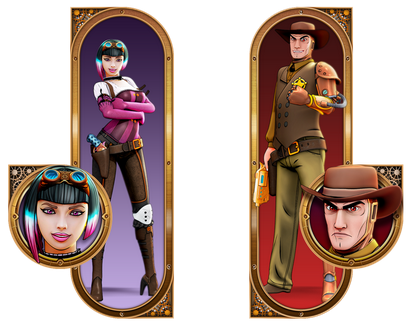 The meter above the reels shows Bandida’s progress from Rookie all the way up to Most Wanted and this is accomplished by collecting ‘Wanted’ symbols from the reels. Each improvement will award the following features:

Reaching Most wanted will reset the Criminal Record meter.

Bandida is a creative combination of science fiction and the Old West and it also offers some clever features; we particularly like the repeat play encouraged by the Criminal Record bonus – very enjoyable.