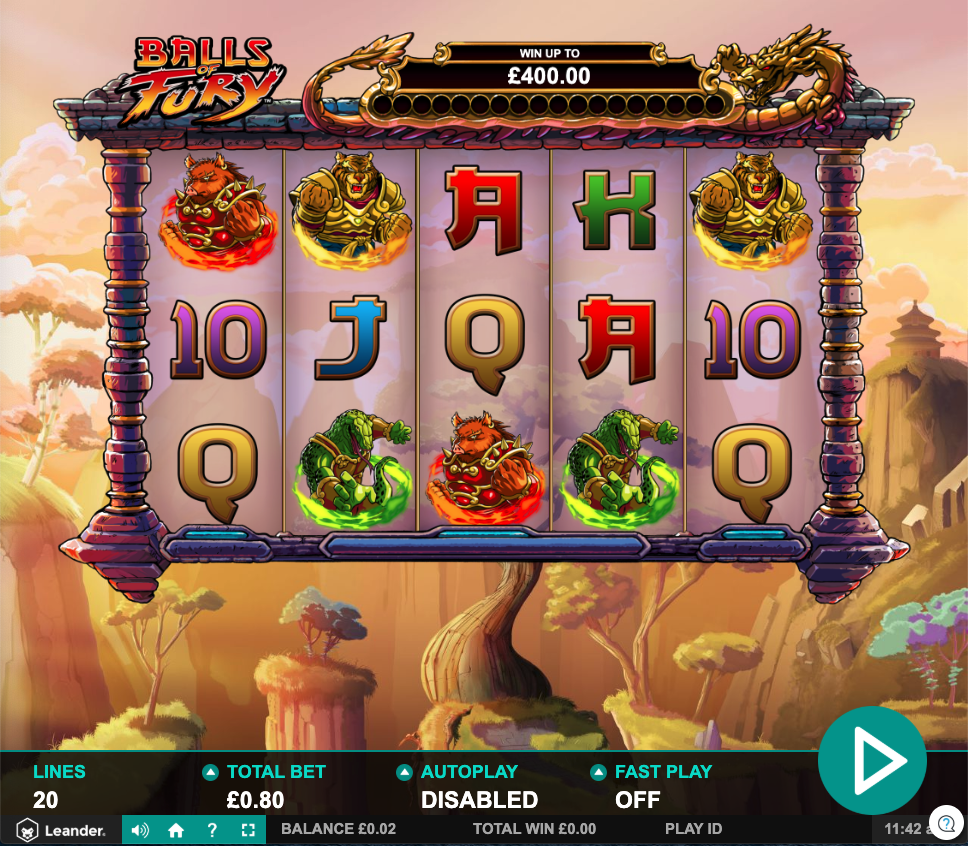 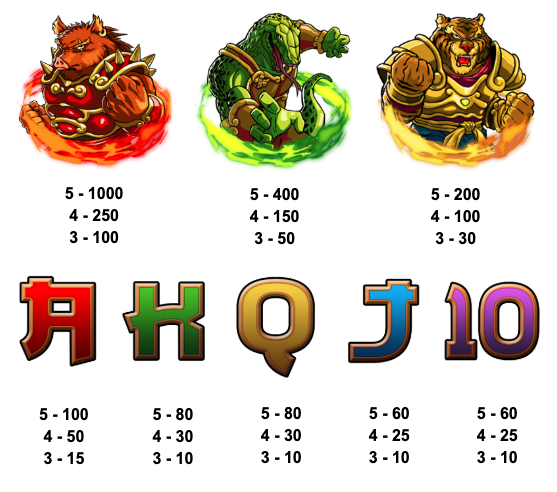 One day we’d like to see an online slot based on the table tennis movie Balls of Fury but until then we’ll continue to enjoy this release of the same name from Leander Games; it offers players locking, expanding wilds along with a clever Pachinko feature to keep things interesting.

Balls of Fury is a five reel slot with three rows and twenty fixed paylines and the fantasy oriental nature of this game is beautifully illustrated in the background art and the creatures which occupy the reels.

Those creatures – a boar, a serpent and a tiger – make up the  high value symbols while 10, J, Q, K and A make up the lower values.

The Koi is wild, it appears on reels one, three and five and it replace all standard symbols to help form winning combinations.

Each wild Koi which lands will expand and fill all positions on its reel – they will then lock in place for a respin; any more wilds appearing will extend this process. If you end up with two wild reels it’s then possible to buy an extra spin, the price for which will be relative to the stake and the positions of the wilds already on the reels.

This can occur randomly and Buddha will either activate the expanding wilds or add up to three balls to the Dragon pot.

Each dragon symbol which lands will add one ball to the Dragon pot and when at least eighteen have been collected the main feature begins – here the screen will change into a fiery Pachinko game in which the aim is to drop balls to fill up the vertical rows and win cash prizes.

The big obstacle in the middle constantly changes and will award one of the following if a ball hits it:

Not all balls make it to the bottom but those that do all contribute to filling up the tubes – if there are fewer than eight spaces remaining when the balls have run out there’s the option to buy two more.

Balls of Fury is a slot which kicks into gear when the Dragon Balls bonus starts and you’ll only have to wait until the pot is full for that to happen; it’s clever stuff and you’ll want to come back for another go.