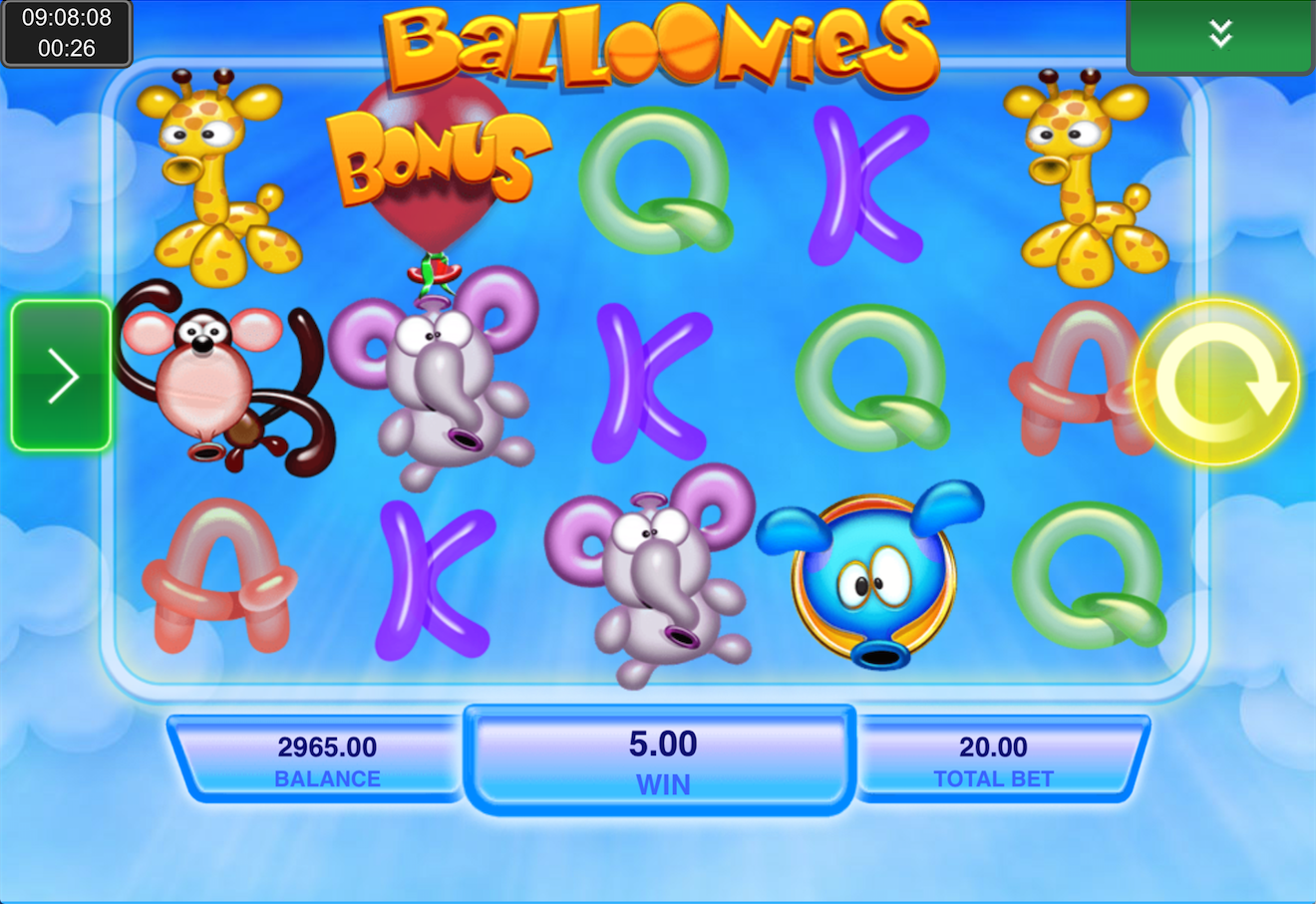 Balloonies was originally a mobile-only online slot but this IGT game has since made it’s way onto the desktop; this is good news for everyone because it’s been one of our favourites since it’s release. You can read all about it in more detail below.

Balloonies is a five reel slot with three rows and twenty fixed paylines; it’s set high in the sky and as all the symbols are helium-filled balloons, the reels spin the opposite way. rising from the bottom of the screen.

All the symbols are formed by balloons and include a giraffe, an elephant, a monkey, an odd blue creature and then Q, K and A.

The wild symbol is a spiky animal and appear only on reels two, three and four; the bonus symbol is a nice, plain red balloon and there’s a gold star scatter which we shall explain below.

This is always one of our favourite features; each time you land a win those symbols involved will disappear to be replaced by more, giving you the possibility of more wins. This continues until no more wins are formed.

The yellow star is a scatter symbol appearing only on reels one, two and three and each one that lands will win 2x your line bet; in addition it will award a multiplier of up to 5x any wins on this spin. Multipliers will be added together if there’s more than one star.

In our experience this results in big wins when combined with several winning combos during Floating Reels.

The balloon bonus symbol only appears on reels one, two and three and if you land it there you will trigger the free spins. First, pop one of the three balloons which appear to determine the number of spins (4 to 14).

It’s not possible to trigger more spins from within this round but the Star Multipliers appear more regularly and are worth more.

Balloonies may be one of the most enjoyable mobile slots we’ve played and it certainly has plenty of features, our favourite being the Floating Reels. The published RTP is a range stretching from 96.23% all the way down to 92.40%.