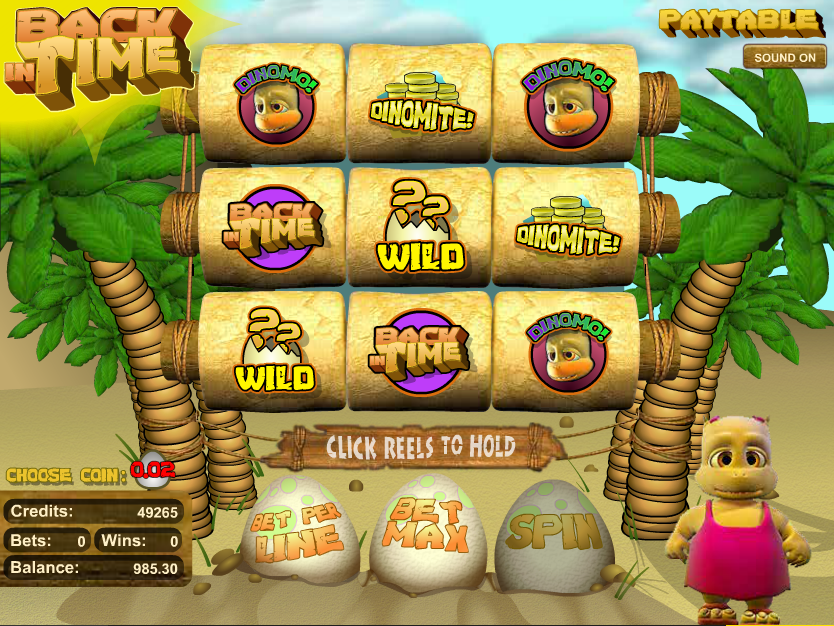 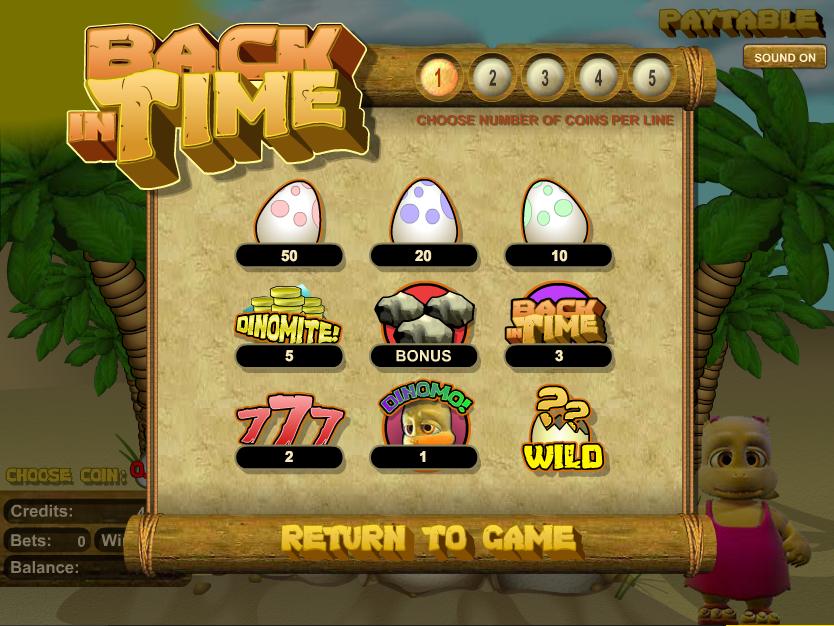 Betsoft develop a range of online slots – at the top of the tree there’s the slots3 releases, five reel games with intricate designs and a variety of bonus features but their classic slots also offer plenty for the intrepid player. This one’s called Back In Time and it’s a clever variation on the standard three reeler with some simple gameplay and cute graphics.

Back In Time is a three reel slot with three rows and eight paylines; those paylines include three horizontal, three vertical and two diagonals. Each symbol position is a stone block which rotates on one of three horizontal axles in an aesthetically pleasing manner. Palm trees and sand complete the scene along with an anthropomorphic dinosaur in a pink dress in the bottom right hand corner.

There’s an eclectic range of symbols including eggs with red, blue and green spots, ‘Dinomite’, ‘Bak In Time’, red sevens and the Dinomo dinosaur.

The wild symbols is a cracked egg and the bonus icon is pile of three black rocks.

On certain spins you will have the opportunity to ‘hold’ certain reel positions in order to try and create winning combo in the next spin – this next spin actually costs nothing. You can only hold the same set of reels once.

When you land the pile of rocks bonus symbols anywhere on the reels there’s a chance that one rock will break off and get collected by the dinosaur to the right of the reels. When you have collected three there a picking round starts in which you have to break the reels with the rocks – three matching symbols uncovered will win you 200 coins, otherwise the prize is 25 coins.

Back In Time is a lovely-looking game with some simple gameplay but interesting bonus features, especially the ability to hold the reels/symbols if you fancy a decent win is coming. Well worth checking out.