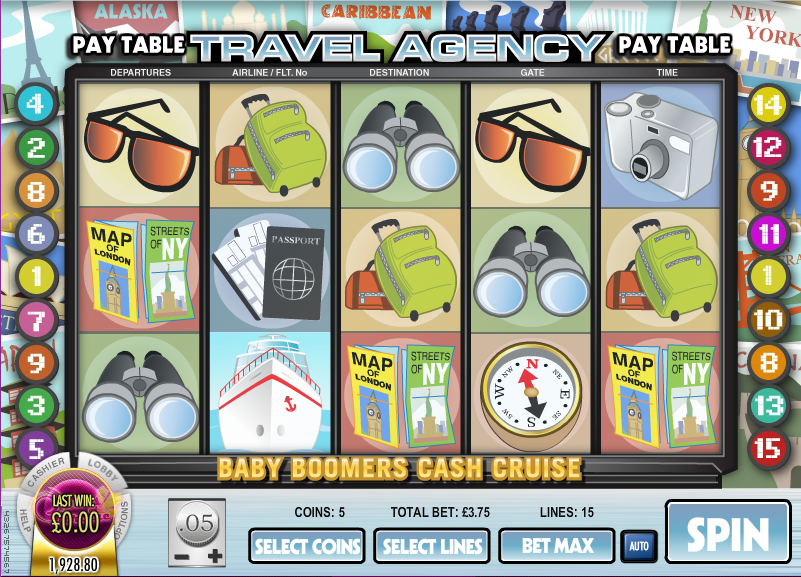 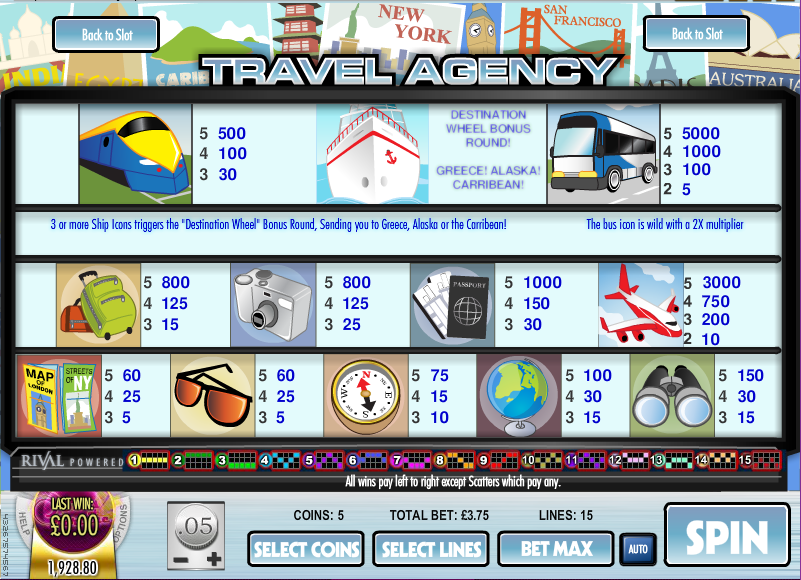 Those baby boomers are a lucky bunch aren’t they? Born into increasingly prosperous times after the Second World War, they now have enough money to retire early and, if this online slot from Rival is to be believed, swan around the world on endless cruises. It’s called Baby Boomers Cash Cruise and it’s part of that company’s i-Slots range.

Baby Boomers is a five reel and fifteen payline slot with a fairly basic graphical style but there’s a lot below the surface here. There are numerous different symbols depending on which location you are in – for example the Greek Getaway reels contain a selection of Greek symbols while the Caribbean Carnival features appropriately Caribbean symbols.

Your task is to cruise around the world to as many destinations as possible but first you have to get yourself to the travel agency to organise it all. This is accomplished by landing three or more of the cruise ship bonus symbols on the reels.

As you can see from the video above, you now get to spin a big wheel which will either choose your next destination – Greece, the Caribbean or Alaska. Now the reels will change to reflect your new destination with reels full of symbols related to that place.

Each new location also has a bonus game associated with it such as the free spins round in the Greek Getaway; here three or more ship’s wheel symbols anywhere on the reels will trigger the spins. During these spins reel one will be completely wild and you only need to land two symbols in a row for a win, meaning guaranteed wins every spin.

Three more cruise ship symbols will take you back to port and the base game where you can try and trigger another visit to the travel agency and head off on another voyage.

This is an enjoyable enough game and it’s good fun trying to visit each destination. A slightly odd thing is that the destination to reach is the one you will remain at until you land more cruise ships, even if you close the game down and restart it.