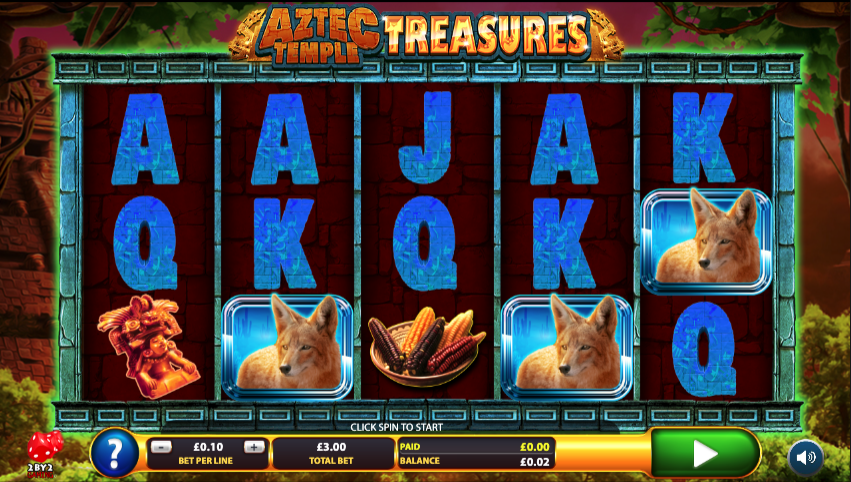 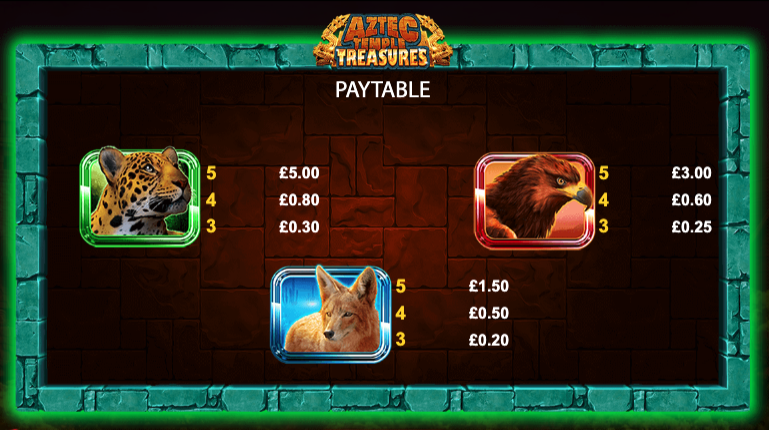 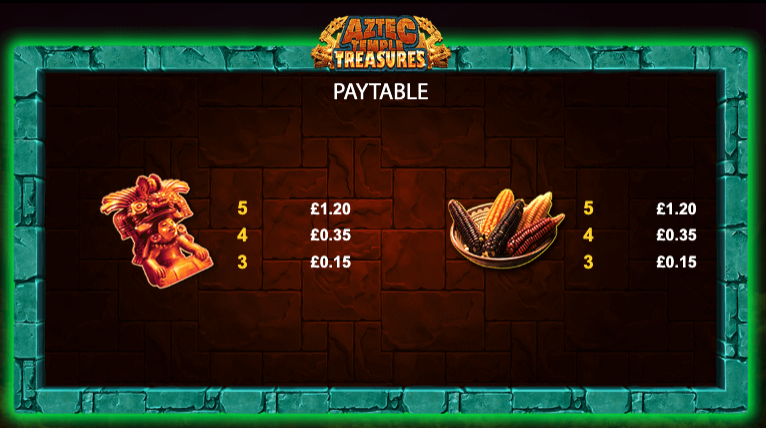 Quetzalcoatl may not be the easiest word to spell but that didn’t stop the Aztecs worshipping this feathered serpent; he’s also now the theme of this online slot from 2By2 Gaming called Aztec Temple Treasures which offers players some god-themed base game features and plenty of free spins.

Aztec Temple Treasures is a five reel slot with three rows and thirty fixed paylines; those reels spin within a stone temple structure behind which we can just make out a pyramid and some trees in the gathering darkness.

The higher value symbols include a leopard, a dog, an eagl, a statue and a bowl of sweetcorn while the lower values are the standard 10, J, Q, K and A.

The stylised golden mask is wild and it will substitute for all standard symbols to help form winning matches; the musterious disc is the scatter symbol and key to the main feature.

The following three mini-features can occur randomly on any spin:

This is triggered by landing three of the golden disc scatter symbols anywhere in view to receive 10, 15 or 20 free spins respectively; it’s not possible to retrigger this round but at any point an extra couple of spins may be awarded. In addition the Aztec God features will hit a bit more often.

Quetzalcoatl has come up trumps here with Aztec Temple Treasures especially with the base game features which seem to occur quite regularly; trigger those free spins and there should be some big wins waiting.