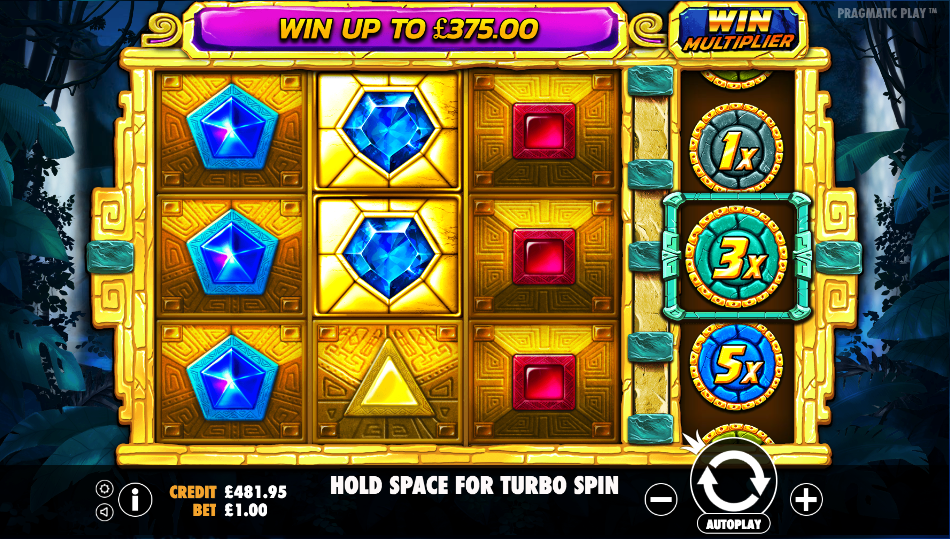 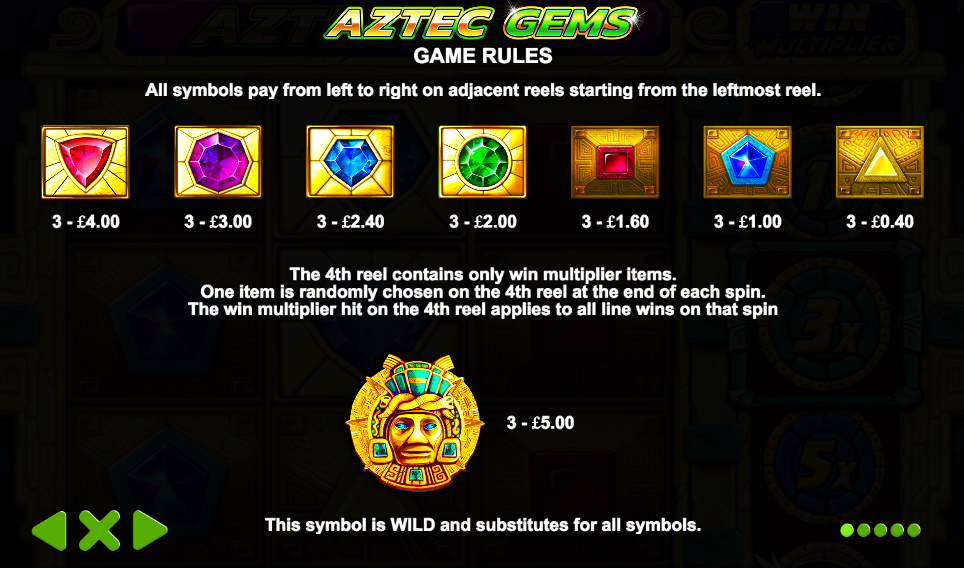 The Aztec Empire ruled an area of what is now Mexico for almost a hundred years in the 15th and 16th centuries until the Spanish conquistadors came along to spoil the fun; those Aztecs left plenty behind however, quite possibly including the type of gems which are the theme of this online slot machine from Pragmatic Play – it’s called Aztec Gems and you find out how it all works right here.

Aztec Gems is a three reel slot with three rows and five fixed paylines – it might better be described a 3×3 cube in fact. The gold surround is rendered in an Aztec design while waterfalls gently occupy the space on either side; you may also have noticed the fourth reel but we’ll have a hat about that presently.

There are seven symbols in this game and they’re all gems of different shapes and sizes – red, purple, blue, green, dark red, light blue and yellow.

The wild is a stylised, golden Aztec mask which will substitute for all others to help form winning combinations. All symbols, including the wild, can appear stacked on the reels.

Let’s turn our attention back to that fourth reel then and it’s purpose is actually quite simple – it spins with spin of the standard reels and it will always land on a multiplier value of between 1x and 15x. Any wins on that particular spin will be subject to the multiplier value highlighted in the turquoise box.

That’s all there is to Aztec Gems but it’s a great-looking slot with a nice atmosphere and that all-important multiplier for the luckier players. Set the Autoplay and just sit back and watch the action on this game which comes with an RTP of 96.52%.