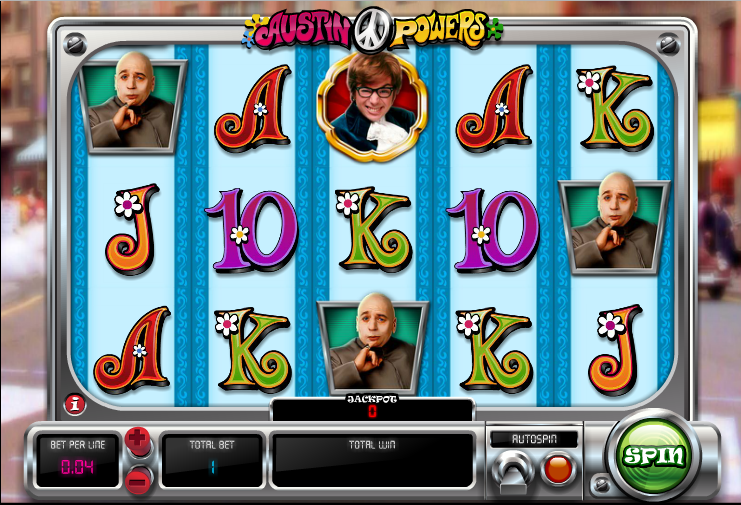 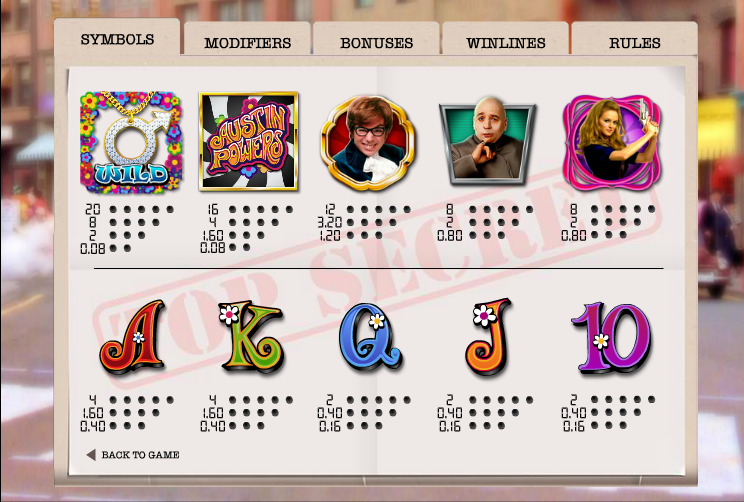 Austin Powers is the British secret agent with terrible teeth but somehow irresistible to women at the same time; this 1960s comedy character has now been brought to the spinning reels by Blueprint Gaming who have developed an online slot encompassing all the best bits from the various films.

Austin Power is a five reel slot with three rows and twenty five fixed paylines; load the game up and you’ll be serenaded by the original music from the films. The reels spin within the confines of a small grey screen with various switches and buttons underneath.

The four high value bonus symbols are the game’s logo, Austin himself, Dr. Evil and Felicity Shagwell; lower values are 10, J, Q, K and A in a ‘flower power’ style.

The wild symbol is a sparkling male gender icon and it will substitute for all others in winning combos except for the hypnotising scatter symbol.

The following features are awarded randomly after any spin in the base game:

This is triggered by landing three or more of the hypnotising scatter symbols anywhere in view (four or more will increase the multiplier of the final amount won up to 10x); now spin the big wheel to determine one of six features:

Austin Powers channels the spirit of the movies brilliantly and crams in a huge amount of original content; it’s a great slot which should be on everyone’s list so check it out.