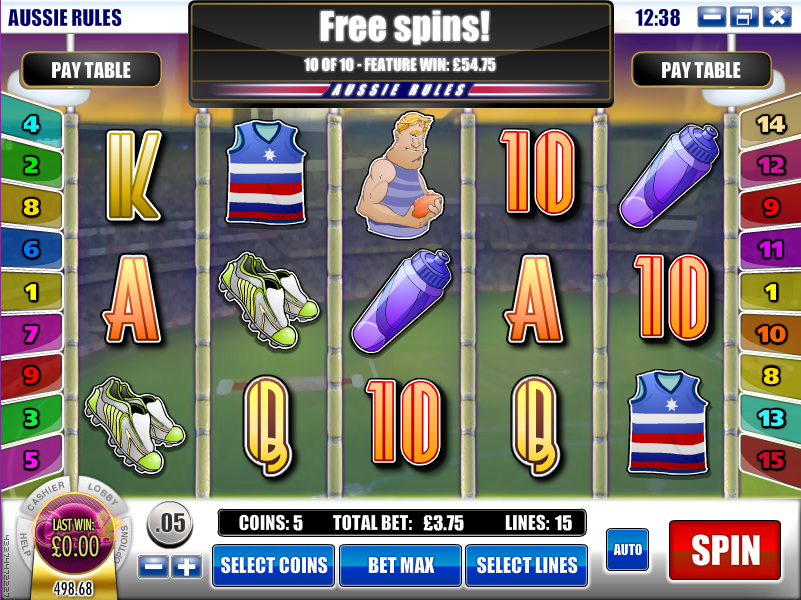 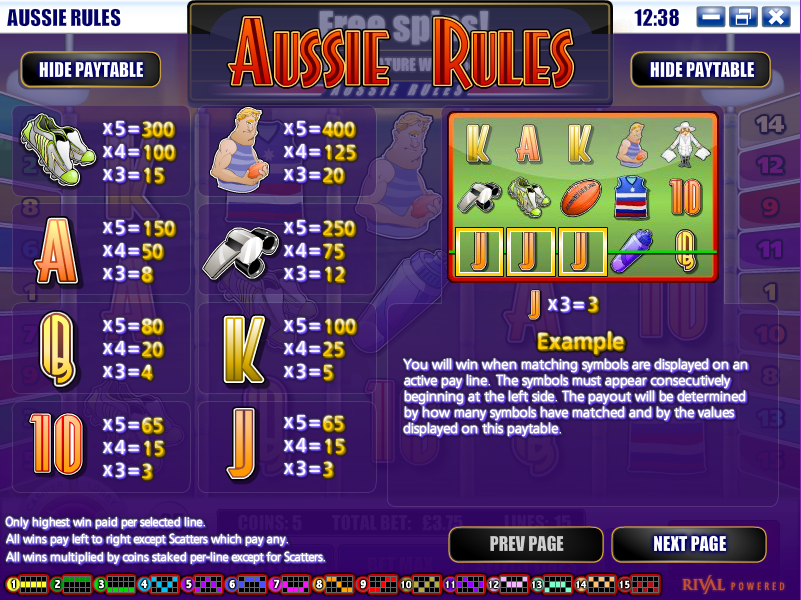 We’ve played plenty of online slots based on sport of one kind or another – football, golf, tennis and like. This is the first we’ve seen with Aussie Rules as it’s theme and that’s handy because it’s also the name of this game from Rival. Most closely related to the Irish game of Hurling, Aussie Rules involves getting an oval ball through or over some goalposts while wearing a kit which is just a little bit too tight.

Aussie Rules has five reels and fifteen paylines and it kicks off with a nice introductory movie. Behind the reels we can see a blurry image of a multi-tiered stadium. The four most valuable symbols are the referees whistle, a player, a team jersey and some green boots. Lower values are the standard 10, J, Q, K and A.

The flag-waving referee is wild and there are two scatter symbols – a flask and the oval ball – which trigger their respective features.

Those purple flasks are the scatter symbols you need here and three or more anywhere on the reels will reward you with the following – all subject to a 3x multiplier:

One hundred spins! Not bad eh? The extra good news is that you can re-trigger the spins by landing three or more flasks again. The Kicking Bonus game can also be triggered from here.

This is a mini-game based on Aussie Rules and to trigger it you will need to land three or more of the oval ball scatter symbols anywhere on the reels. It can also be triggered from within the free spins.

It’s pretty simple – all you need to do is press the ‘Kick’ button and the player will boot the ball towards the posts; you will win a bigger prize if the kick is more accurate.

This is a nicely designed game which could perhaps have made a bit more of the bonus game but it’s good fun nonetheless. We always appreciate a free spins round and out only advice is to turn the quite annoying sound down.