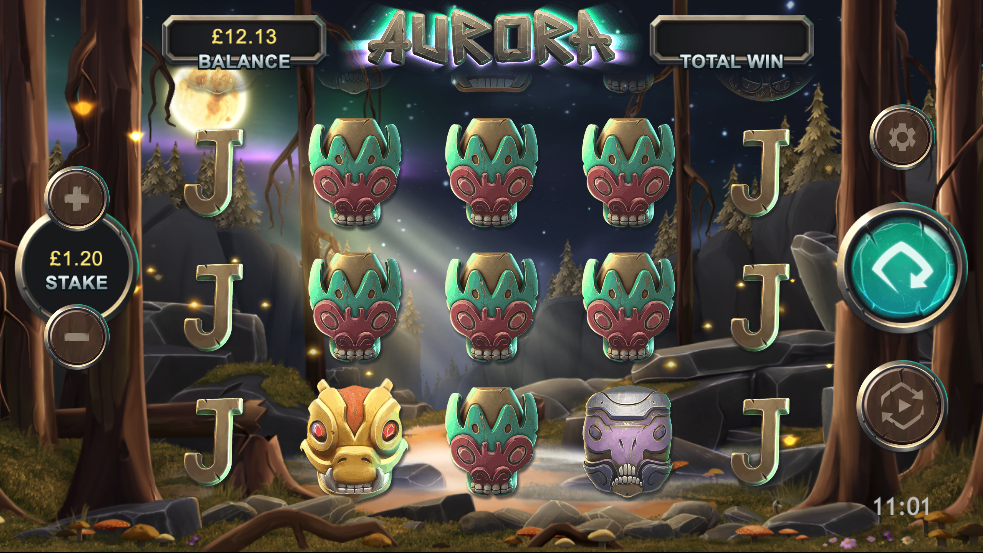 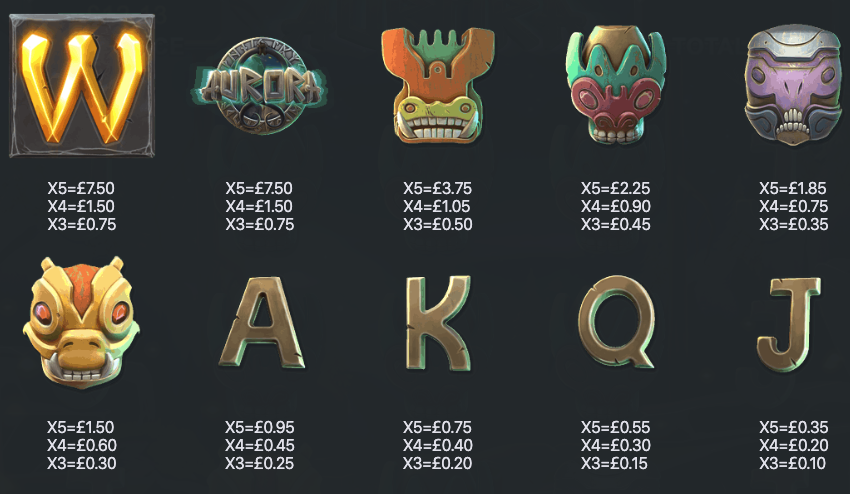 Mountain trolls and supernatural events lie in wait for those brave enough to play this online slot machine from Relax Gaming/Northern Lights Gaming; it’s called Aurora and it tempts players with free spins, base game bonuses and the wild troll.

Aurora is a five reel slot with three rows and thirty fixed paylines; those transparent reels float against a charming backdrop of the forest at night, illuminated by moonlight and the shimmering rays of the Aurora Borealis.

The high value symbols include the Aurora logo and four totem masks of stylised animals; J, Q, K and A make up the lower values. The glowing ‘W’ is wild and it will replace all standard symbols to help create winning matches. The troll is another wild, he’s stacked three positions high and he only appears on reel three – when he appears in full view he’ll trigger the main feature and even if he’s only partially visible he may be nudged up or down.

On any non-winning spin the reels may spin individually, each containing a wild symbol on the opposite side; landing a stack of wilds will trigger the main feature.

This is triggered by landing three stacked, regular wild symbols via the Random Bonus or by landing the troll in full view on reel three; on each free spin the troll will move away from the centre reel in one direction or split in two with each one heading in opposite directions, one spin at a time. More trolls may appear on the center reel and the spins only end when all trolls have disappeared to the right or left.

Aurora is a lovely slot to look at and fortunately it’s also an enticing game to play with the troll turning up regularly to award free spins and the Random Bonus on hand for wild wins. Highly recommended!