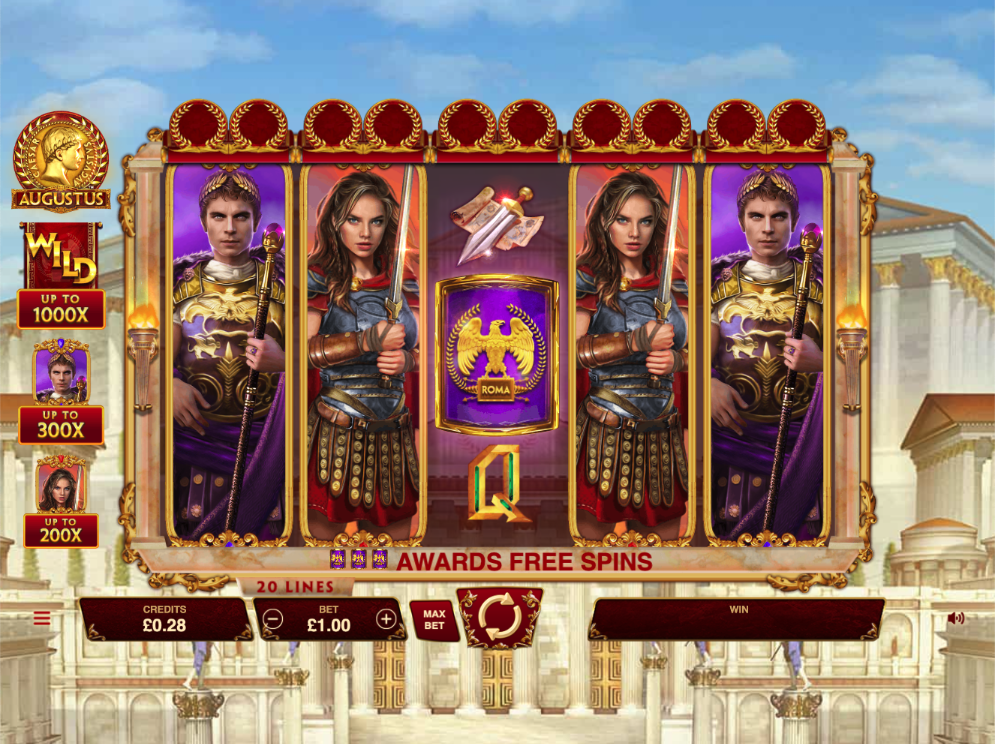 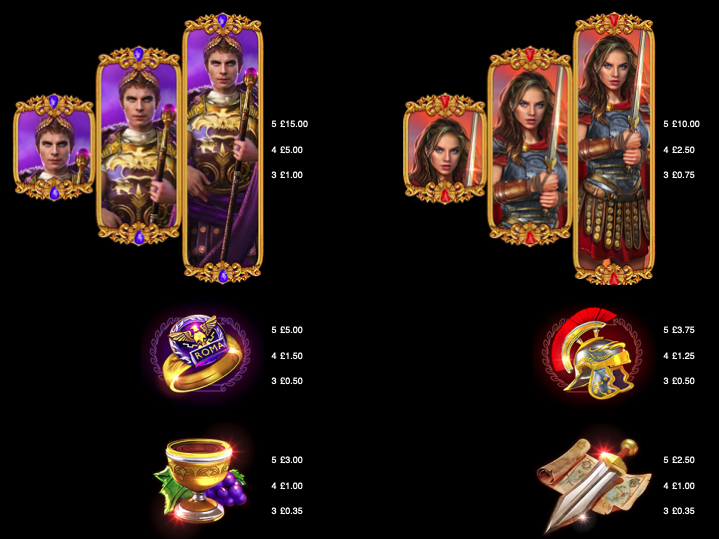 Caesar Augustus was the first Roman emperor, overseeing the expansion of the great empire from 27BC to AD14 (but you can read more about that here); he’s now also the theme of this online slot from Microgaming/Neon Valley Studios called simply Augustus. From £0.20 per spin it promises players wild coin collections, wild reels and free spins.

Augustus is a five reel slot with three rows and twenty fixed paylines; the imposing architecture of Rome forms the backdrop to those reels and at the top the empty coin slots are waiting to be filled.

Augustus and the female warrior can appear stacked on the reels while other high value symbols include the ring, the gold cup, the helmet and the dagger; J, Q, K and A make up the lower values. The golden ‘Wild’ is the regular wild while the eagle standard is the scatter.

This is a base game feature in which each gold coin that lands on the reels is placed in one of the empty spaces above; when both spaces above a particular reel are full that reel will become completely wild for the next two spins. The spaces then become empty again.

This is triggered by landing three of the eagle standard scatter symbols anywhere on reels one, three and five; you’ll now get to choose from one of the following modes:

More spins can be retriggered by landing three more scatters during this round.

Back in AD14 Augustus would have expired happy had he known that one day he’d be the focus of an online slot machine as enjoyable as this – it’s the coin collecting feature which keeps things ticking along but there are some nice wins to be had in the free spins round also. It doesn’t really matter which mode you select.