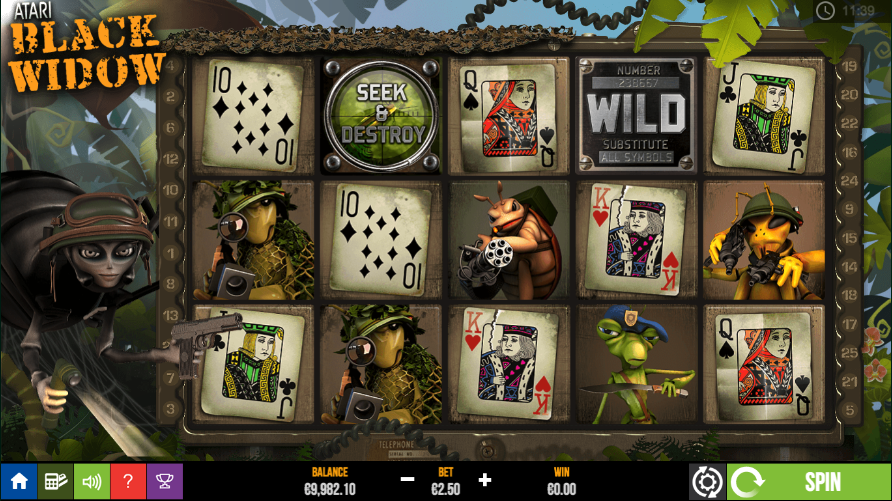 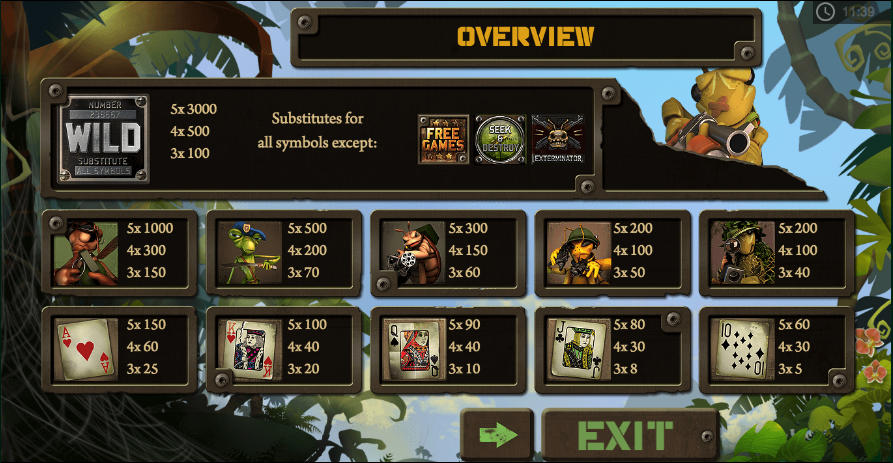 All online slots fans of a certain age will of course know that Atari’s Black Widow was one of the early arcade games in which a spider moved around a web, defending itself from invading insects; that concept has now been worked into a game of the same name from Pariplay and you can read all about it below.

Atari Black Widow is a five reel slot with three rows and twenty five fixed paylines; the action takes place in the undergrowth which has been transformed into a battleground between warring ants. Martial music provides a suitable soundtrack to your gameplay.

Five military ants (holding a grenade, a knife, a gatling gun, a rocket launcher and a pair of SMGs) represent the high value symbols while five playing cards (10, J, Q, K and A) make up the lower values.

The wild symbol is a dog tag which substitute for all others to make a win except for the three bonus icons- Free Games, Seek & Destroy and Exterminator.

Trigger this by landing three of the Seek & Destroy icons anywhere on reels two, three and four; you must now select hiding places on the next screen to find bugs which will award a multiplier. The total multiplier collected will be applied to your line bet.

Trigger this by landing the Exterminator bonus symbol on reels one and five; you will get to shoot cockroaches for prizes until you’ve hit three which award nothing. The prizes are multipliers of your line bet.

Atari Black Widow is a great looking game which doesn’t relate greatly to the original but that doesn’t matter – it has three well thought-out bonus features and an RTP of 95.08%.