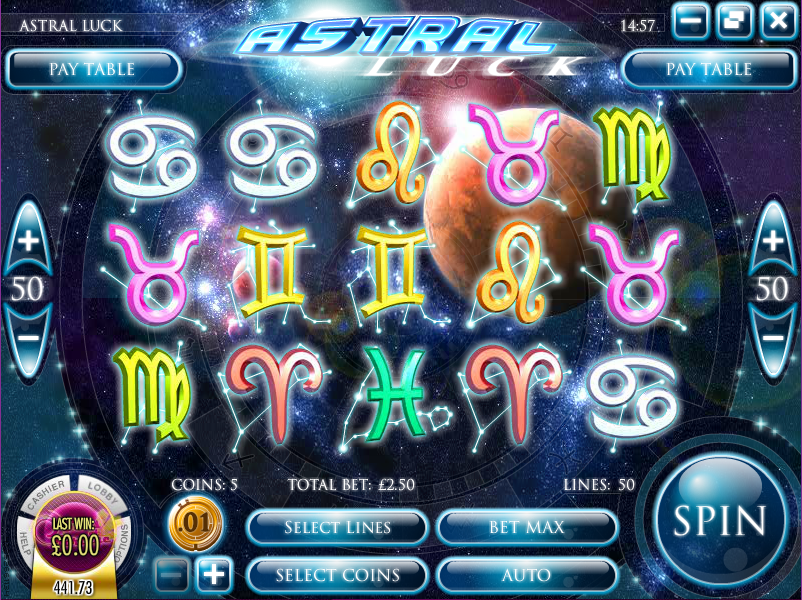 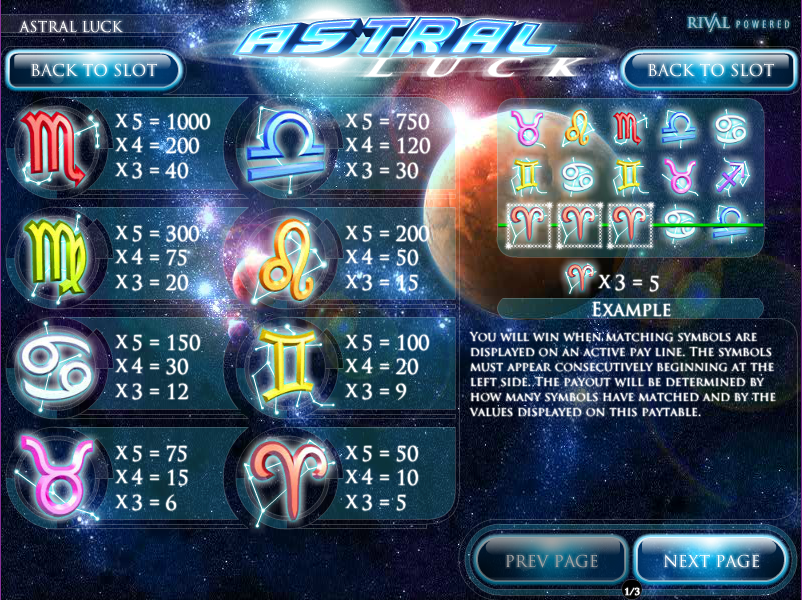 If you’re of a superstitious nature then a game such as this might be right up your street; it’s called Astral Luck and it concerns the stars and constellations that make up our galaxy. It’s developed by Rival Gaming and a mention should go to the impressive intro movie which sees us swooping through space as planets and stars move around us.

Astral Luck plays out over five reels and a hefty fifty paylines; look closely behind those reels and you’ll see concentric circles containing the symbols rotating in opposite directions. Behind those circles, millions of stars float in the darkness.

The symbols are stylised representations of each of the twelve star signs; nine make up the main symbols while Aquarius is wild and Capricorn and Pisces are the scatter symbols which activate their respective bonus games. The wilds will expand to fill the whole reel if they can make winning combo – this can often prove lucrative.

The Capricorn symbol is the key to this feature and if you can land three or more anywhere on the reels you will receive the following number of free spins:

All wins during this round will be subject to a 3x multiplier.

The green pisces symbol is the important symbol here and if you can land three or more anywhere in view you will trigger this feature.

You will be shown a screen displaying the ‘Astral Rings’ and all you have to do is spin the rings; whichever symbols line up at the top of the rings when they stop will determine your prize. The more valuable symbols will provide you with the larger prizes.

This feature can be triggered from within the free spins round.

This is a really good-looking slot and a real step forward from some of Rival’s older games; it compares well with the graphics from developers such as Net Entertainment and Play N Go. Some slightly less annoying sound effects would be handy though.