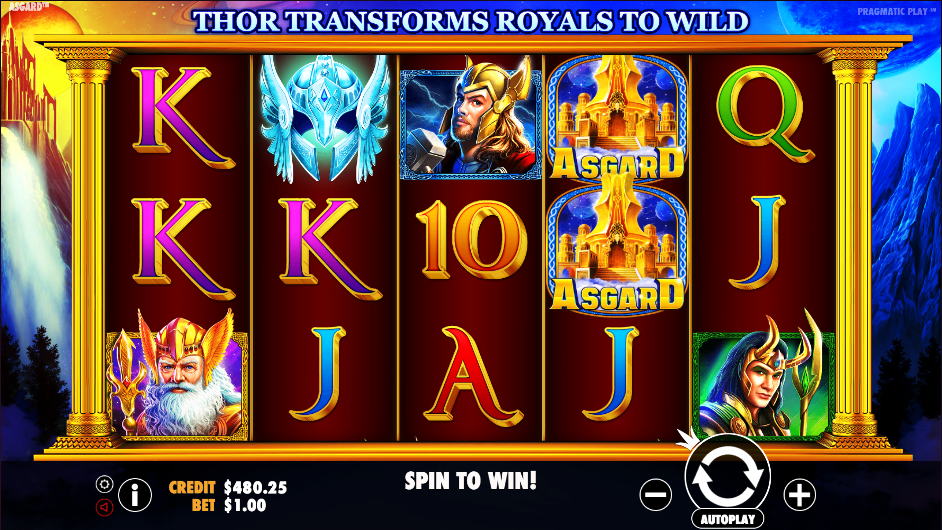 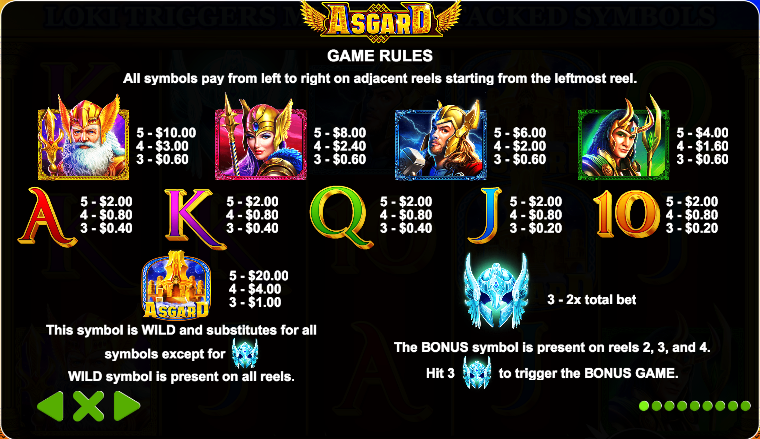 Let’s journey far to the north now and many centuries back to a time when Norse gods ruled over the land from their lofty perch in Asgard; the home of those gods is also the name of this online slot from Pragmatic Play and you can find out about it’s multiple bonus features and free spins below.

Asgard is a five reel slot with three rows and twenty five fixed paylines; those reels spin within golden pillars and in the background there’s a view of the towering spires and slowly drifting planets above a huge waterfall.

The high value symbols here include Odin, Thor, Loki and (we think) Frigg; 10, J, Q, K and A make up the lower values.

The wild is a view of Asgard and it will replace all others to help form winning combinations except for the glowing mask bonus symbol.

The following four mini-features can be triggered at any time in the base game:

This is triggered by landing at least three of the mask bonus symbols anywhere in view and you will then be awarded one of the following free spins modes:

It’s not possible to retrigger the free spins from any of the above modes.

Another slot based on the legends of the Norse gods can only be a good thing and Asgard offers a fair bit of entertainment; you’ll probably notice that the features in the free spins are the same as the base game modifiers but that’s Ok, they all add up to a game which goes a little bit further. This game comes with an RTP of 96.48%.