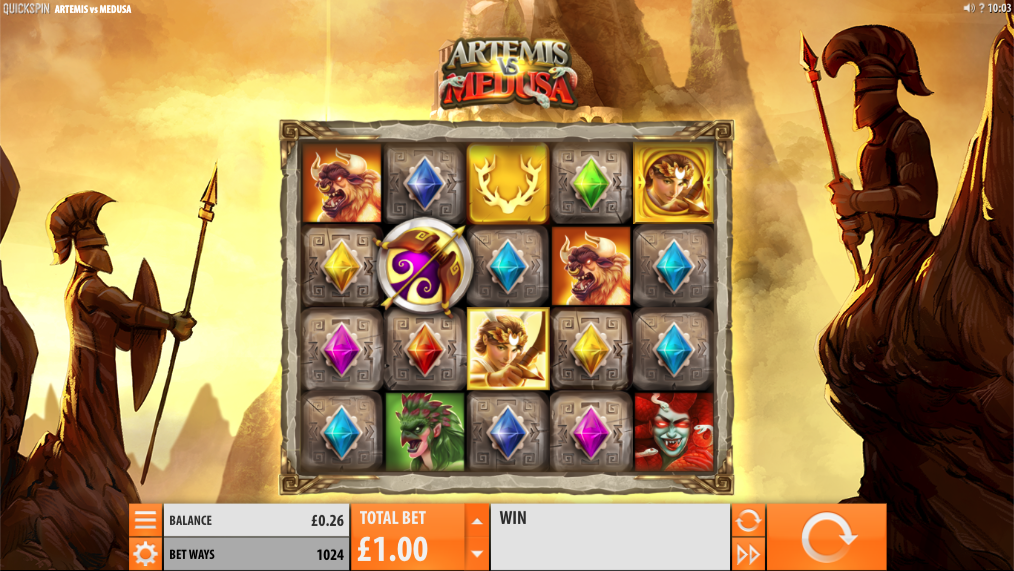 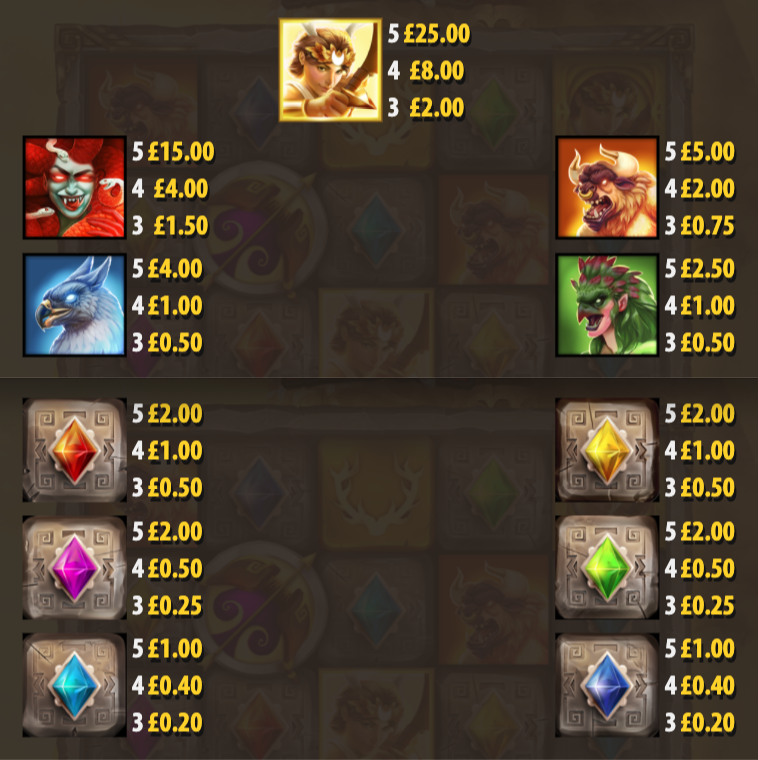 In Greek mythology Artemis was the goddess of the hunt and the daughter of Zeus while Medusa was one of the feared Gorgons with snakes for hair and the ability to turn onlookers to stone; Artemis vs Medusa is an online slot from Quickspin which imagines a battle between these legendary characters while tempting us with free spins and instant prizes.

Artemis vs Medusa is a five reel slot with four rows and 1024 ways to win; those neat stone reels float against a rocky, barren backdrop overlooked by statues built into the mountainside.

High value symbols include Artemis, Medusa, the Minotaur, the Griffon and the Harpy; six gems in pretty colours represent the lower values. The golden antler is wild and it will substitute for all others to help make winning combos except for the bow/arrow scatter symbol.

Symbols with a golden frame can only appear on reel five but when this happens look out for Monster Bounty coins overlaying monster symbols on reels one to four; you will then receive instant prizes based on the monster involved:

Landing three of the bow and arrow scatter symbols anywhere on reels two, three and four will kick this battle off which awards unlimited free spins to begin with. It’s a battle between Artemis and Medusa in which any Artemis symbols landing will move any monster symbols into the meter and remove the lowest value monster from the reel set. The round is over when the meter is full (fifteen monsters) and Artemis retreats or if all monsters are destroyed and she wins.

Artemis vs Medusa is an entertaining entry into the genre of Greek Gods and it narrates a fictional clash between two mythical characters; the bonus features are clever and the Battle in particular can result in some big wins for the more fortunate players.