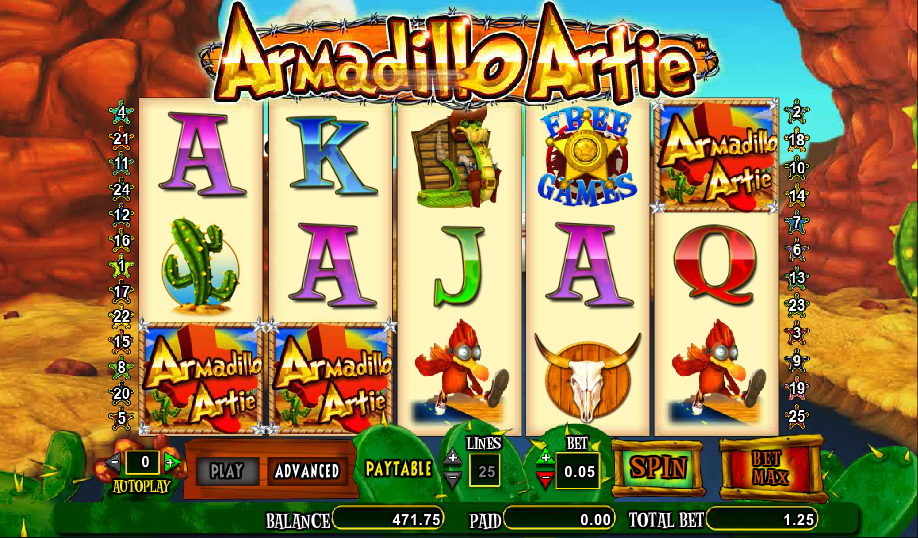 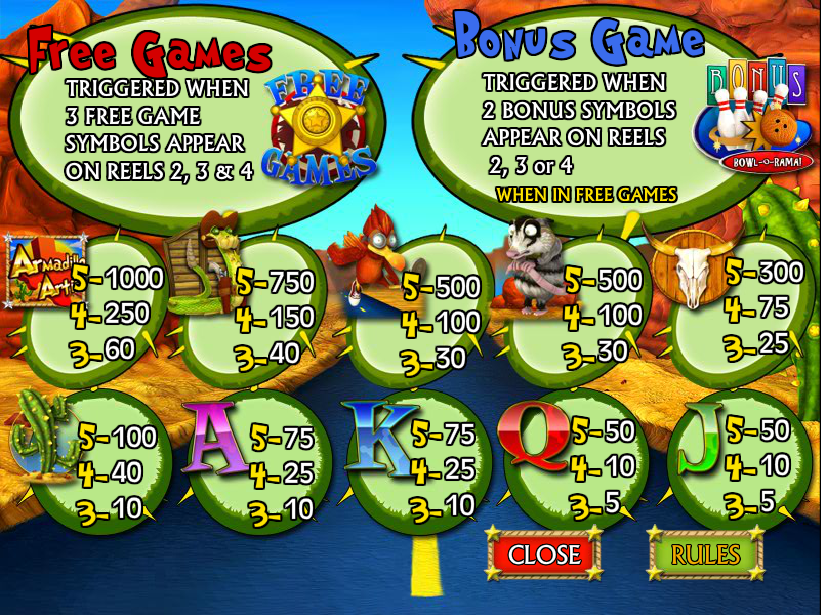 Somewhere in a rocky, scrubby landscape lives Armadillo Artie, the alliterative hero of this cheerful online slot from Amaya Gaming. As well as featuring some interesting animal characters, this game comes complete with two bonus games and a funky banjo-based soundtrack to accompany the spinning reels. Read our comprehensive review below for all the important details.

Armadillo Artie is a five reel slot with three rows and twenty five fixed paylines; the backdrop to the reels is the type of landscape the road runner and Wile E. Coyote would have roamed around but all we have here is Artie and his friends.

The high value symbols are the Armadillo Artie logo, a snake, a red bird, a raccoon, a cactus and an animal skull mounted on a wall. J, Q, K and A make up the lower values.

The wild symbol is Artie himself and he appears on reels two, three, four and five; the sheriff’s star is the scatter which activates the feature and there’s a ten pin bowling scatter which only appears during that feature.

If you land the the Artie wild symbol it may expand to the right, turning all those symbols wild also. This obviously helps out with winning combinations.

This is triggered by landing three of the sheriff’s star scatter symbols anywhere on reels two, three and four. You will now be awarded ten free spins during which wins will be paid from right to left as well as left to right.

Bowling Bonus. You now get to aim the ball down three frames of bowling and your total score will become a multiplier bonus.

Armadillo Artie is quite good fun although it seems a little tough to trigger the features. The graphics are endearing and the soundtrack is certainly a high point – check it out.