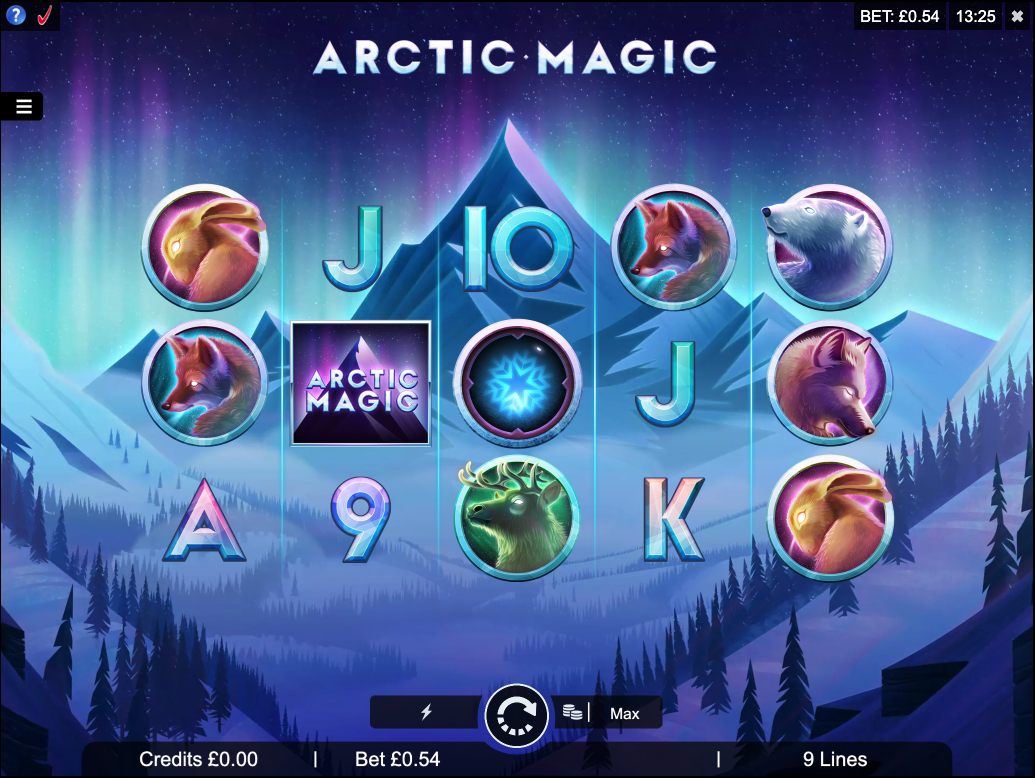 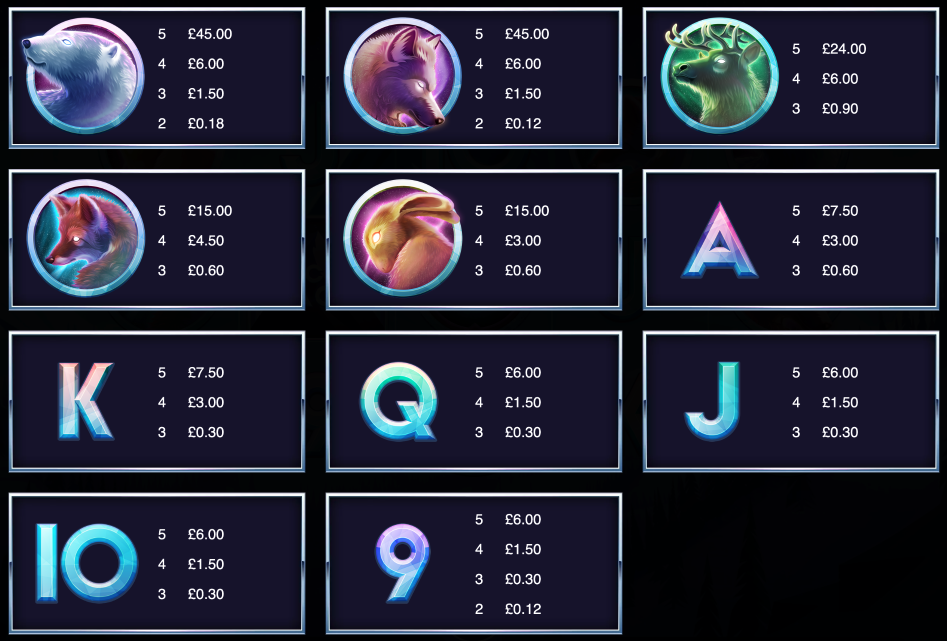 The appeal of the Northern Lights draws thousands of people towards the Arctic Circle every year and that’s as good a reason as any to create an online slot machine base on this natural phenomenon; this one’s developed by Microgaming, it’s called Arctic Magic and it offers players the chance to win free spins with a win multiplier.

Arctic Magic is a five reel slot with three rows and nine fixed paylines; those stylish transparent reels float in front of a vista revealing a mountainous Arctic valley illuminated in various colours by the majesty of the Aurora Borealis. There’s a dramatic soundtrack which accompanies your gameplay.

The four high value symbols are animals from this region including the polar bear, the wolf, the fox, the rabbit and the deer; 9, 10, J, Q, K and A represent the lower values.

The mountain silhouetted by the lights is the wild, it’s the most valuable symbol and it will replace all standard ones to help create winning matches – it will also double any wins to which it contributes; the snowflake is the scatter symbol which activates the main feature.

Landing at least three of the snowflake scatter symbols anywhere in view will award an initial fifteen free spins but more can be retriggered in the same manner. The really good news is that while this round is underway all wins will be tripled.

There’s nothing particularly groundbreaking about the gameplay in Arctic Magic but that doesn’t matter because the main draw is the beautiful graphics and animations which catch the eye as those reels spin. Microgaming have come a long way in a few years.