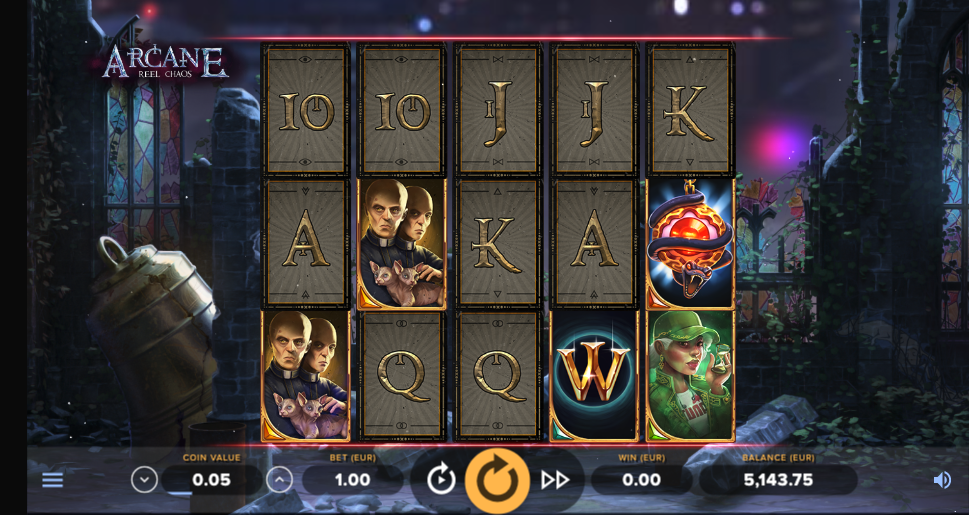 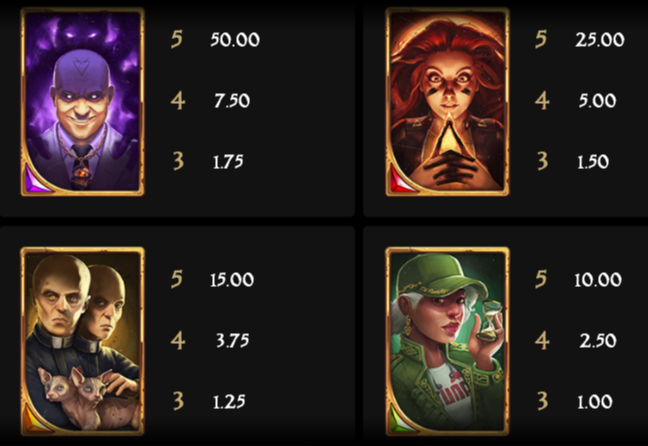 Superheroes and supervillians are created in strange ways and in Arcane Reel Chaos we learn the story of Don Parker whose struggling business forced him into an unwise talisman sale and transformed him into the evil Deep Pockets; four characters called Flare, Chronos, Zero.x and Psyop are trying to stop him in this online slot from Net Entertainment.

Arcane Reel Chaos is a five reel slot with three rows and twenty fixed paylines; a ruined church complete with stained glass windows and fallen bells is where those reels spin against a city backdrop.

The five characters from this story are the higher value symbols while 10, J, Q, K and A represent the lower values.

The wild is a big, gold ‘W’ which will replace all others to help form winning combos except for the talisman scatter symbol.

This is triggered by landing three of the talisman scatter symbols anywhere on reels one, three and five; this round involves your heroes (represented by cards on the left) trying to defeat Deep Pockets on the right hand side. Each winning combo will reduce the tally above him while each non-winning spin will reduce your heroes’ tally.

There are four stages of Deep Pockets to defeat and each one will increase the win multiplier by 1x up to a maximum of 4x; defeating all stages will award a bonus prize of 10x your stake per life you have remaining.

The following bonuses happen randomly in the base game under various circumstances:

Arcane Reel Chaos is a slot designed to the highest standards with some superb graphics and animations to keep the gameplay ticking along; add in a range of clever features and some great sound effects and this is one not to miss.