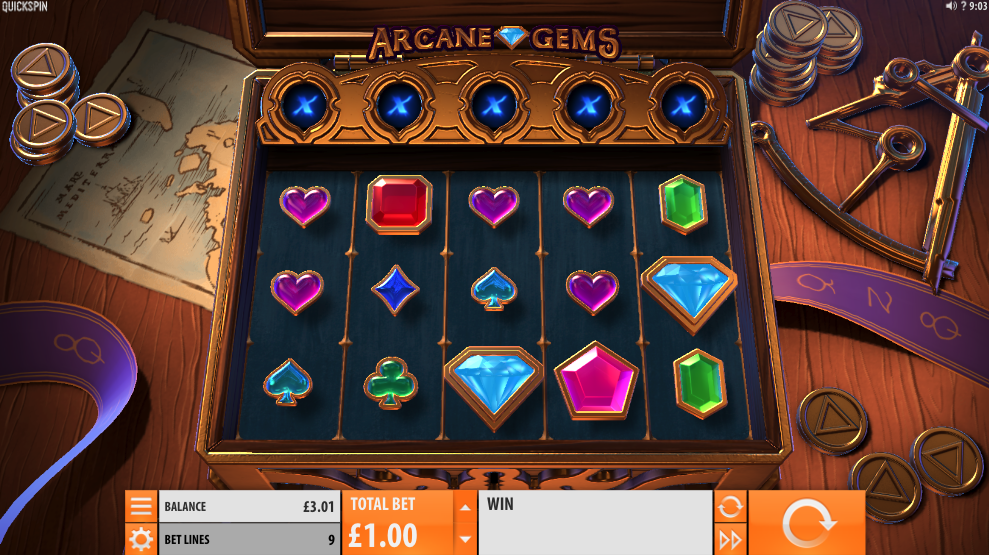 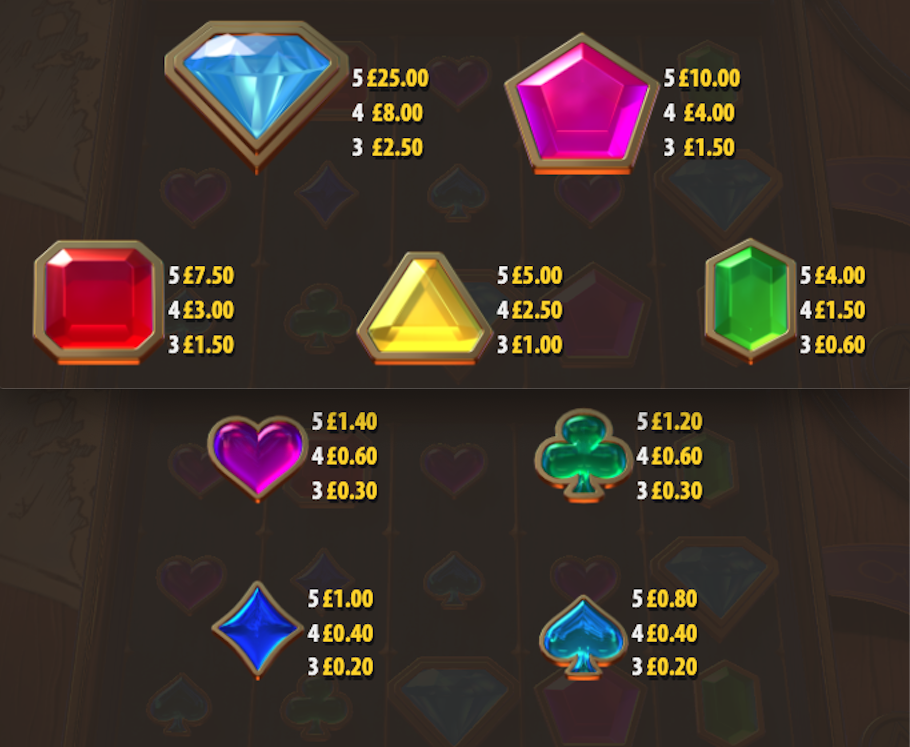 Out on the ocean, miles from any land and tucked away in the captain’s cabin is a box full of valuable jewels – these are the Arcane Gems of the title of this online slot machine from Quickspin which offers players a clever gameplay mechanic and plenty of win multipliers.

Arcane Gems is a five reel slot with three rows and nine fixed paylines but it’s important to note that wins can be formed anywhere as long as they’re on a payline and on adjacent reels. The box in which those gems spin is surrounded by the periphery of a sailing voyage – maps, navigation instruments and strange coins.

Gems in blue, pink, red, yellow and green represent the higher values while playing card symbols make up the lower values; there are no wild or special symbols in Arcane Gems.

This is the feature around which this slot revolves and it’s triggered every time a win is formed during normal gameplay (and don’t forget wins are formed anywhere on the reels); those symbols will now lock in place and a respin is awarded. Any more matching symbols will then lock in place award and another respin and this process continues until there are no more extra symbols.

That’s not all though because any reels which fill with the same symbol will apply a multiplier of between 2x and 5x – this is displayed above that reel. The final win will be calculated and paid out at the end of this feature.

Arcane Gems is exactly the sort of slot we like with its clever gameplay mechanic and frequently triggered bonus – chuck in a nautical narrative and this is one not miss.