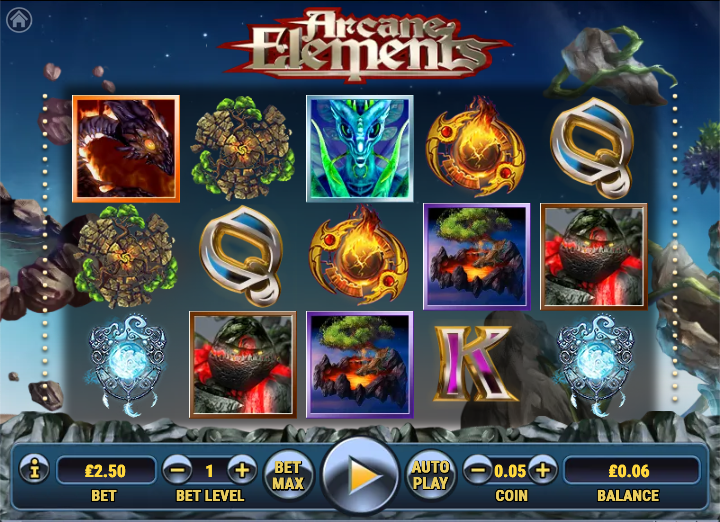 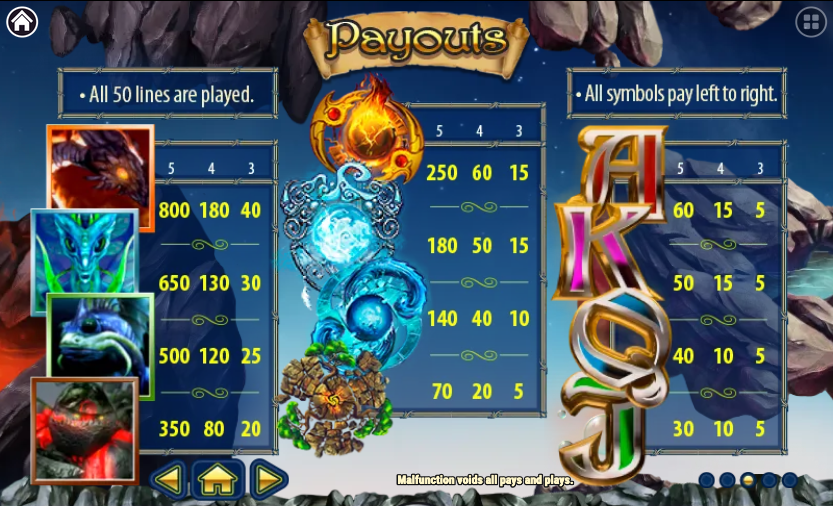 Fire, Earth, Air and Water are the four elements which the Ancient Greeks understood to form the constituent parts of everything around us; Arcane Elements is an online slot from Habanero Systems which harnesses their power to provide us with free spins and wild features.

Arcane Elements is a five reel slot with three rows and fifty fixed paylines; behind those transparent reels there’s a collage of four different elemental environments and that gameplay is accompanied by a laid back, mysterious soundtrack.

There are no wilds on the reels but on each spin a wild icon of either earth, air, fire or water will appear above the reels – all the correspoding creatures for that wild symbol in view will now turn wild and and act accordingly. The wilds won’t substitute for the tree scatter symbol.

This is triggered by landing three of the tree scatter symbols anywhere on reels two, three and four and if you mange that there are ten free spins waiting for you. Before the round starts you’ll be prompted to select two of the four elements which will act as wild symbols throughout the feature.

Unfortunatley it’s not possible to trigger any more free spins from within this round.

There are a few elementally-themed slots around and Arcane Elements is certainly one of the better ones, offering players an interesting wild feature along with a potentially profitable free spins round – it looks good and provides plenty of entertainment.