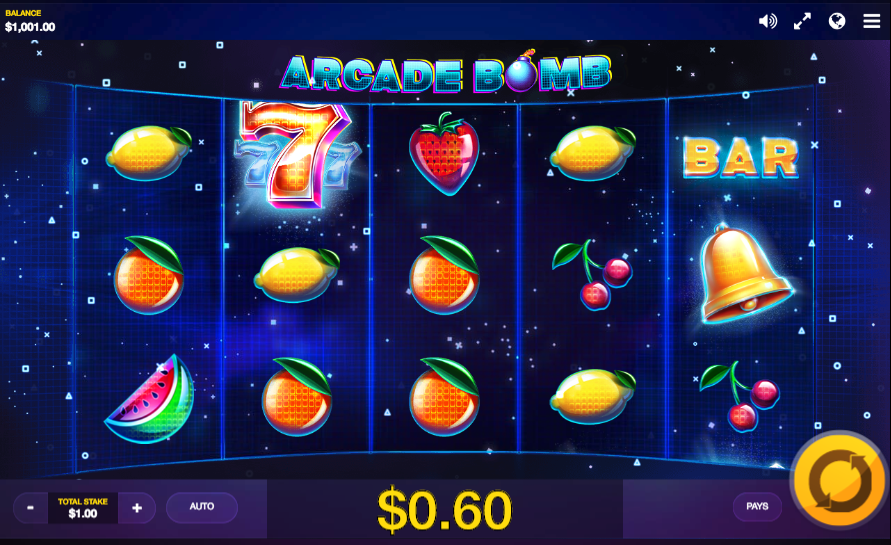 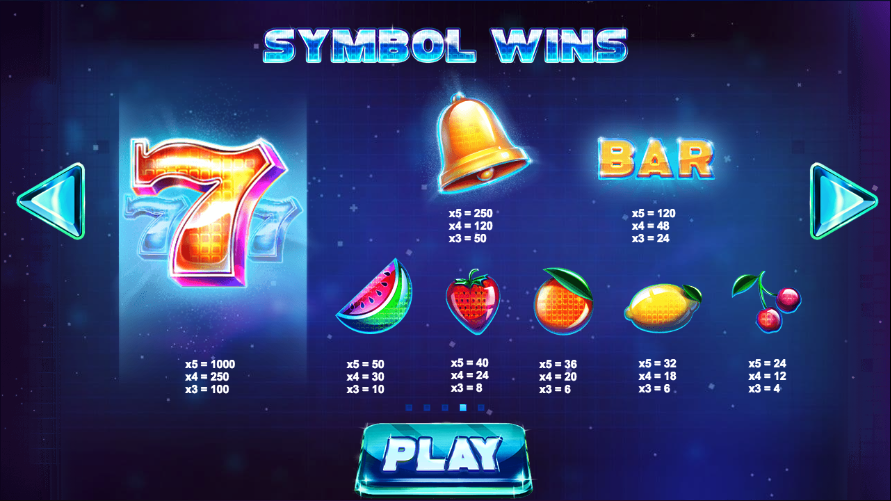 Fruit and the vast reaches of space are brought together at last in this engaging and creative online slot machine developed by Red Tiger Gaming; it’s called Arcade Bomb and it’s also a little bit reminiscent of early video games in it’s presentation and layout – read on to find out more.

Arcade Bomb is a five reel slot with three rows and twenty fixed paylines although wins can be formed from left to right, right to left and even on the middle three rows if there are matching symbols. The grid-like reels are transparent and they float against a backdrop of small pixellated objects drifting through infinite space.

A range of traditional symbols occupy the reels and they include glowing red sevens, golden bells, watermelon slices, strawberries, oranges, lemons and cherries.

There’s no wild symbol in Arcade Bomb but there are four coloured bombs which we shall explain shortly.

This is where all the extra action happens and it all kicks off every time a bomb lands on the reels; there are four bombs of different colours and each will count down to one with each reel spin. When the countdown reaches zero each bomb explodes and turns all symbols in it’s range into matching symbols.

You will regularly see more than one bomb on the reels and they will detonate each other if they are in range, resulting in many more matching symbols.

Arcade Bomb is a very clever and engaging slot – it’s all action with bombs constantly exploding with the potential for big wins. This is a real winner from Red Tiger with an RTP of 96.15%.