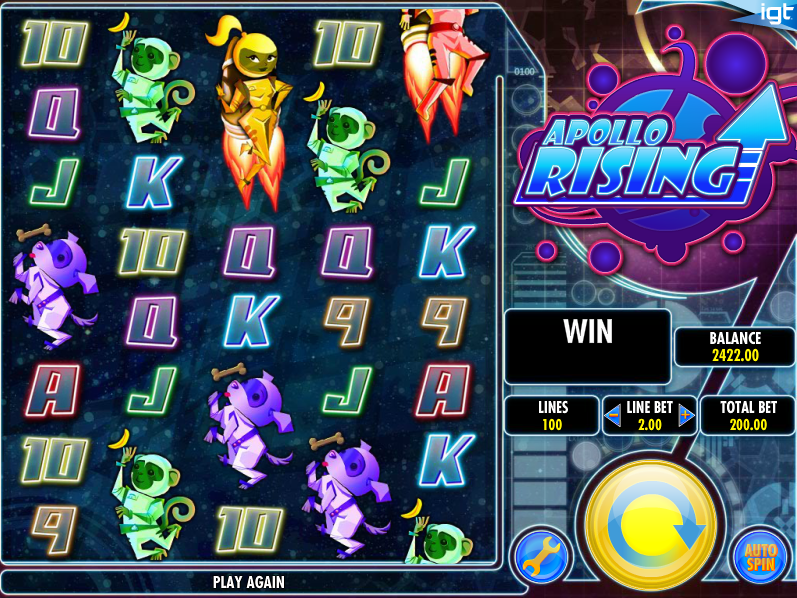 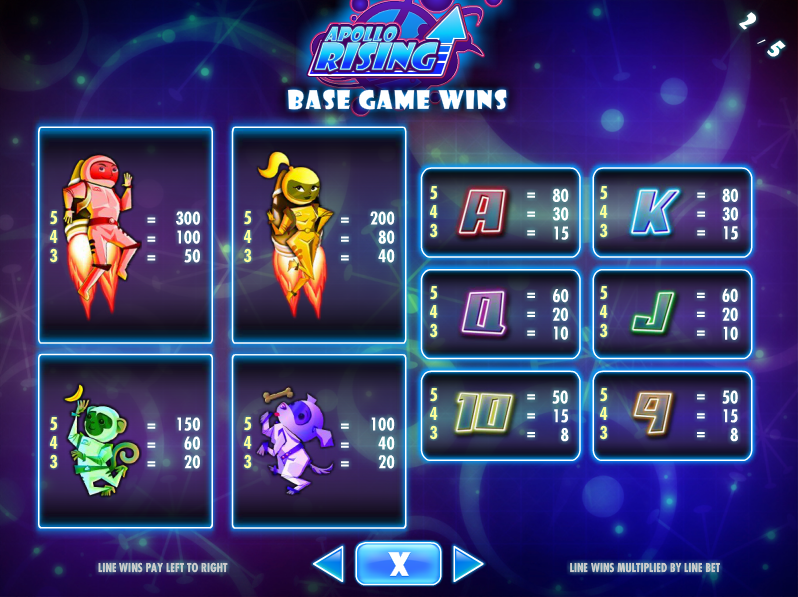 Some online slots offer something a little different and that’s certainly the case with this science fiction-themed release from IGT. It’s called Apollo Rising and not only does it use a rather individual reel structure, it features a range of characters perhaps influenced by the Jetsons – the long-running cartoon show revolving around the lives a family in the distant future. Anyway, keep reading for more details.

Apollo Rising is a five reel slot with eight rows and one hundred fixed paylines; those eight rows are significant and mark it out from the standard layout. It’s all very futuristic and cartoonish and the design is a little reminiscent of the touch screens displayed in Star Trek: The Next Generation.

The wild symbol is a colourful, glowing ‘Wild’ which appears only on reels two, three and four and it substitutes for everything else. It’s also the key to the only extra feature.

This s where it all happens and it’s triggered when you land the wild symbol anywhere on reels two, three and four. That symbol will then transform into a wild rocket which of course has the potential to create more wins. However it will also award a respin (two wilds award two respins and three wilds three respins).

It’s also possible to land a wild on your respins and this will award another respin accordingly. There are clearly some big wins available if you can fill all three central reels with wilds – we managed two full reels and it was pretty lucrative.

Apollo Rising is an odd fruit to be sure but we enjoyed playing it and we particularly liked the fact that the Rising Respins feature gets triggered regularly. There are some futuristic sound effects and all in all it’s worth checking out.