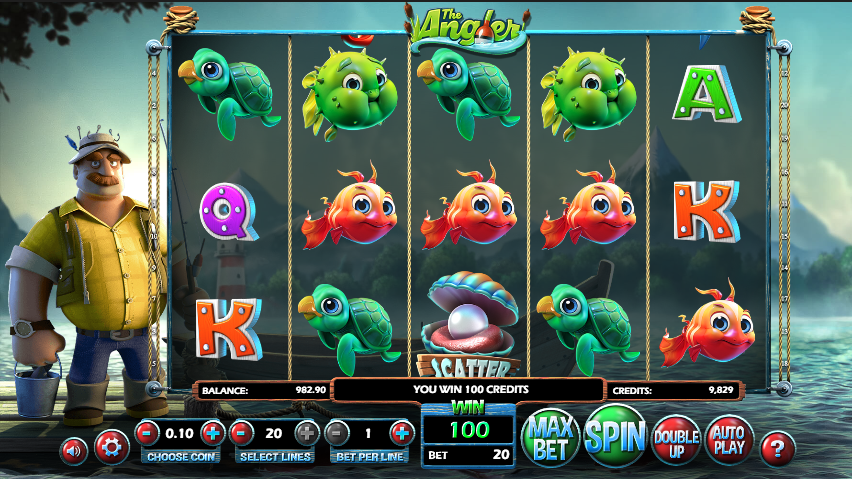 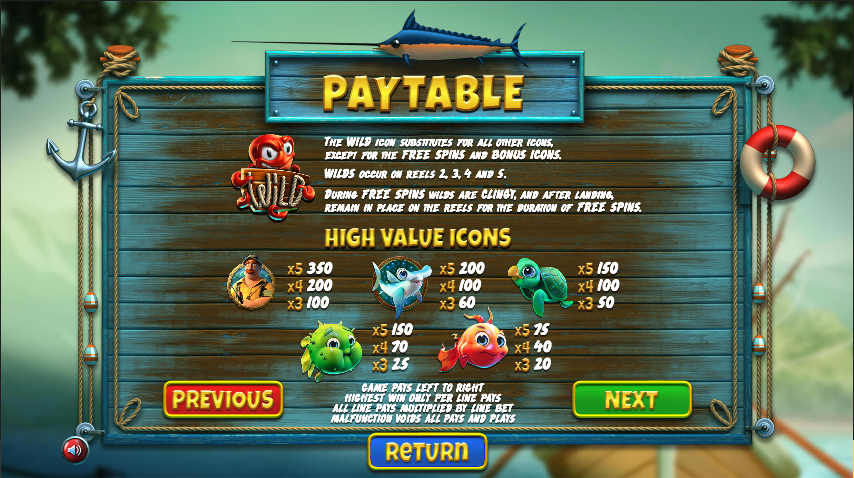 Is fishing a sport? Frankly we’re not really convinced but it’s an activity enjoyed by many and so it’s also an ideal theme for an online slot machine; this game is developed by Betsoft and it’s called The Angler – it comes with some top notch graphics and two sets of bonus features.

The Angler (Otis) is a five reel slot with three rows and up to twenty paylines; those reels spin on a set of fish scales behind which we can see a large body of water bordered by hills. Our intrepid angler stands to the left clutching a small bucket in his pudgy hands.

The higher value symbols include the angler, a small shark, a turtle, a green fish and a red fish; J, Q, K and A make up the lower values.

The octopus is wild, he appears on reels two, three, four and five and he’ll substitute for all others to form winning combos except for the pearl and bonus scatter symbols.

This is triggered by landing three of the bonus scatter symbols anywhere on reels one, two and three; you will now get to play a picking game in which you must choose to ‘Reel’ or ‘Pull’ in fish for cash prizes – once you’ve caught three or missed three the round is over.

Trigger this by landing three of the pearl scatter symbols anywhere on reels three, four and five; you will now be awarded a certain number of free spins and during this round the octopus wild will freeze in place whenever he appears. More spins can be triggered during this round.

Any base game win can be gambled by clicking the ‘Double Up’ button below the reels; this is a simple heads or tails game to double your money but you’ll lose all your winnings if you’re wrong.

The Angler is a great-looking slot and it’s a joy to play with it’s high quality graphics and amusing animations; we found some big wins in both bonus features.